THE BOWERY–SPRING, 1994 a film by SARA DRIVER. 1994. USA. 10 min. WITH LUCY SANTE. A playful and personal account of Lower Manhattan’s most storied street.

THE BOWERY — It is the Spring of 1994 and independent filmmaker Sara Driver is caught in the waning days of the storied Lower Manhattan street with a video-camera. She’s never worked with video before and she’s been tasked with capturing “her NYC” by a French TV Channel for a series titled Postcards from NY. Off she goes, “no money baloney, no headaches,” just a sure-fire determination to document her community before it disappears. This punk attitude and proclivity for detailing her environs define the odd frequencies of Sara Driver’s cinema, one we’re excited to celebrate by showing The Bowery–Spring, 1994 in collaboration with Roxy Cinema’s current series “On the Bowery,” a tribute to Driver’s directed films as well as those she loves, including her portrait of Jean-Michel Basquiat, Boom for Real, and the surreal caper Judex by Georges Franju, among other attractions.

“One mile long, from Chatham Square to Cooper Square, ‘been a road as long as anyone can remember,” says author Lucy Sante, who narrates the videotape from beginning to end. Its mythos as a site of lurid and peculiar attractions precedes it, but Driver accentuates its more human elements by positioning her camera before passersby and catching their ramblings in media res. These improvised recordings display a local language, flaring with a shared excitement and genuine wonder about its surroundings. 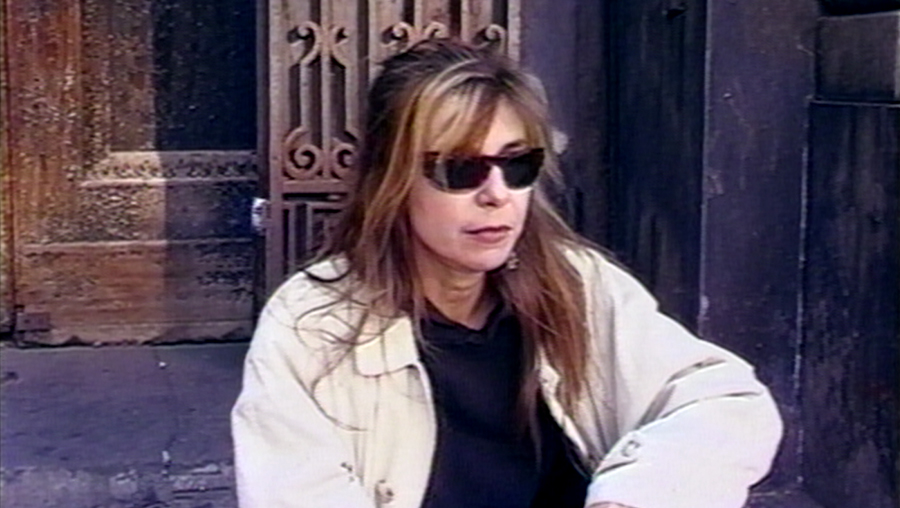 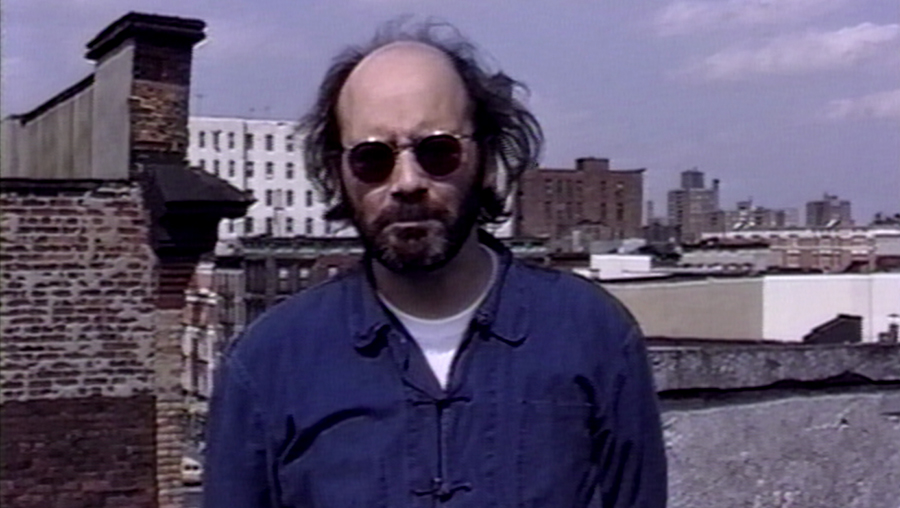 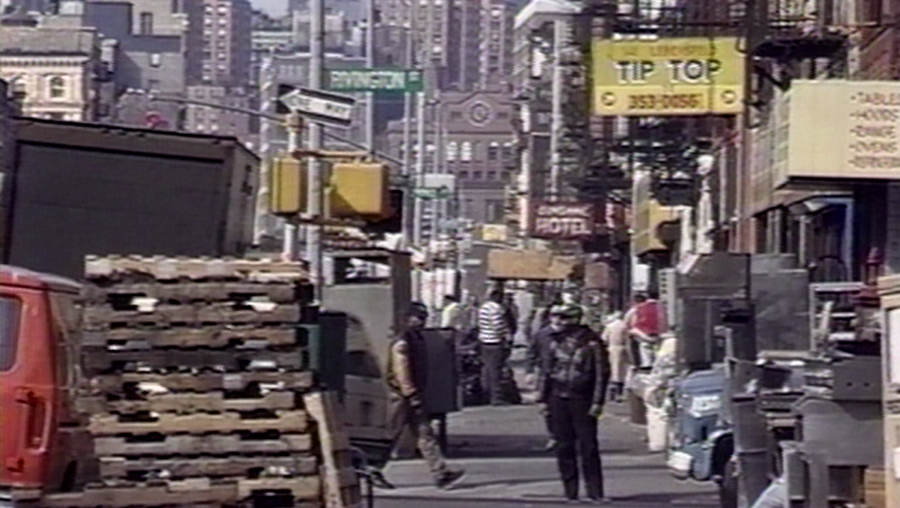 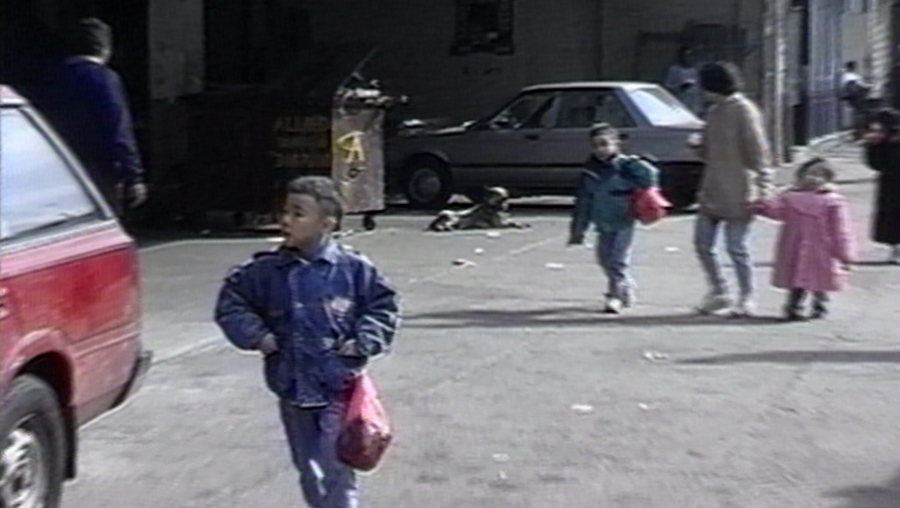 “The Bowery was one of my favorite streets in NYC. Every day or night you would overhear or see something totally human and poetic whether it was heartbreaking, violent or humorous. In Merriam-Webster Dictionary one of the definitions of Bowery, street in New York City: a city district known for cheap bars and derelicts.” SARA DRIVER

Today, Driver’s short can be seen as a relic from a bygone New York that was “owned and ruled by the disillusioned and outcast,” according to the filmmaker. During Rudy Giuliani’s mayoral term, the Bowery’s houseless population was dispersed. Over time, the neighborhood became one of Manhattan’s most expensive, ceasing to be a site of spontaneous wonders and lending itself to the speculative interests of the real estate market. In this transmission’s unpolished form, the buried zest of the Bowery lives on; it is both a testament to the neighborhood’s incalculable influence on New York and Driver’s ability to transform seemingly small sights into history.

Born in StuyTown, NYC, and raised in Westfield, New Jersey, Sara Driver has developed an enchanting presence before and behind the camera. Belonging to the mythical crop of artists that populated Manhattan’s Lower East Side during the 1980s, Driver produced her partner Jim Jarmusch’s break-out sensation Stranger than Paradise, directed the featurette You Are Not I, and followed it up with the SoHo-based fantasy Sleepwalk. In 1993, her film When Pigs Fly— shot by legendary cinematographer Robby Müller—was nominated for a Golden Leopard at the Locarno Film Festival. She has served as a juror on multiple film festivals across the globe and is currently working on a film about Sundowner’s Syndrome, starring Nicoletta Braschi.