Follow the Roses a film by Jen Steele. 2017, USA, 23 min. With Olivia Cooke, Ruby Kewitz, Raye Levine and Mason Matthias. Heroin addiction ripples through a family of Wisconsin women in this autobiographical tale. 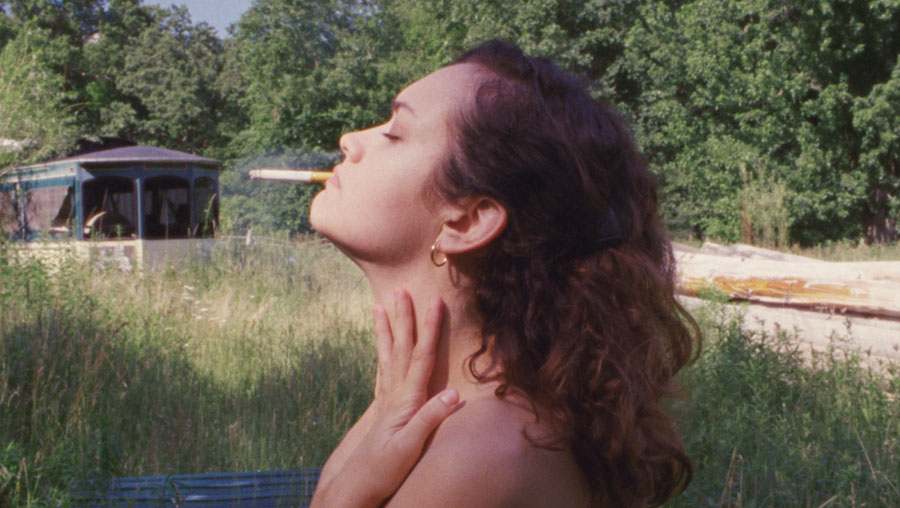 This week, we are premiering the first short film by New York-based photographer and writer Jen Steele. Set in a small, rural Wisconsin town, Follow the Roses was inspired by Steele’s childhood memories from the ’90s. The film captures, through beautiful Super 16 mm images, the summer days of two young girls, Bruce and Ruby, half-aware of the jagged emotional state of their mother, who is struggling to keep control of the situation after the off-screen arrest of their father. The mother is played by the wonderful actress Olivia Cooke (Me and Earl and the Dying Girl, Thoroughbreds, Ready Player One) while the young girl is played by first-time actor Mason Luna Matthias. The music is composed by Jesse Marchant, and features tracks by Bob Dylan and Carly Simon.

Follow the Roses initially came from a feature Jen Steele originally wrote in 2015 for her mother, who passed away the following year. Steele wanted to investigate her childhood, when she witnessed her parents suffering from heroin addiction in the ’90s. “I wanted to tell a story that felt honest and true to the reality of people suffering from addiction by focusing primarily on the ripples as opposed to its primary subjects. This short is the beginning of that depiction,” explains the filmmaker, who is now working again on the feature version.

Steele chose to narrate her short through the elder sister girl, and she tried to shoot mostly from the point of view of the children. Every location in the short is a place from Steele’s childhood. The artist and her crew shot the film over the 4th of July, which she says “added to the exciting, bizarre American romance we encountered daily.”

Jen Steele works as a photographer and writer in New York. You can see more of her work on her website. She also founded the editorial platform Girls I Know designed to encourage growth and conversation among young women.