A Brief History of Princess X a film by Gabriel Abrantes. 2016, Portugal, 7 min. Tour the early days of modernist sculpture and psychoanalysis in this intelligent and humorous short. 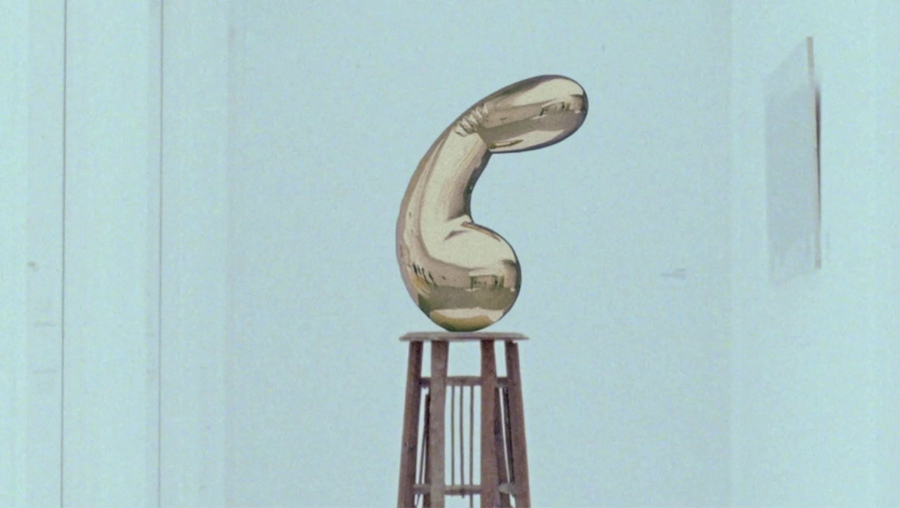 To celebrate the 54th edition of the New York Film Festival, one of our very favorite American film festivals, we are presenting Gabriel Abrantes’ A Brief History of Princess X, which screened as part of NYFF’s Shorts Program 2: International Auteurs, curated by Dennis Lim. Gabriel Abrantes, 32, is an American Portuguese filmmaker who has distinguished himself with a prolific series of stunning and truly original short films, showcased in prestigious art and film institutions and festivals around the world. Shot on Super 16 mm, A Brief History of Princess X shows with humor and intelligence how the great Romanian sculptor Constantin Brancusi came to make his infamous Princess X sculpture.

Made in 1916 by one of the great artists of the 20th Century, Princess X raises questions as it grins at viewers – the bronze sculpture has a futuristic phallic shape. The work is even more surprising when one realizes that it actually represents the French princess Marie Bonaparte, great-grand niece of Emperor Napoleon Bonaparte. What a premise if someone were to make a film about an artwork! With his film, Gabriel Abrantes not only creates a gripping short that teaches us about the making of a sculpture, but he makes a wonderful and hilarious film in its own right. The film was commissioned by The Artist Cinema programme, an initiative to screen artists’ films in front of mainstream films across the United Kingdom.

Gabriel Abrantes received a BA in Cinema and Visual Arts at Cooper Union in 2006, and went on to study at L’École National des Beaux-Arts and Le Fresnoy Studio National des Arts Contemporains. He was born in the United States but now lives in Lisbon, where his family is from. He travelled a great deal as a child — his parents were Maoists, political activists during the Portuguese revolution who later worked for international political institutions. Abrantes has since directed and co-directed seventeen short films, all beautifully shot on celluloid. His films were the subject of a retrospective earlier this year at the Film Society of Lincoln Center in New York, along with films of his friends and collaborators Alexander Carver, Benjamin Crotty and Daniel Schmidt.

These filmmakers have created their own school of cinema, best described in Film Society of Lincoln Center’s introduction: “These uncompromising young visionaries share a penchant for provocation, a taste for transgression, and a host of strategies and obsessions all their own. At once lyrical and perverse, by turns hilarious and delirious, their films obliterate distinctions – between highbrow and lowbrow, between sensual and cerebral, between art cinema and the avant-garde – while remaining sharply attuned to the by-products of globalization and the fluctuations of post-Internet pop culture.”