A History of Mutual Respect a film by Gabriel Abrantes and Daniel Schmidt. 2010, Portugal, 23 min. A satire of tourism and colonialism by the provocative filmmaking duo behind Diamantino. 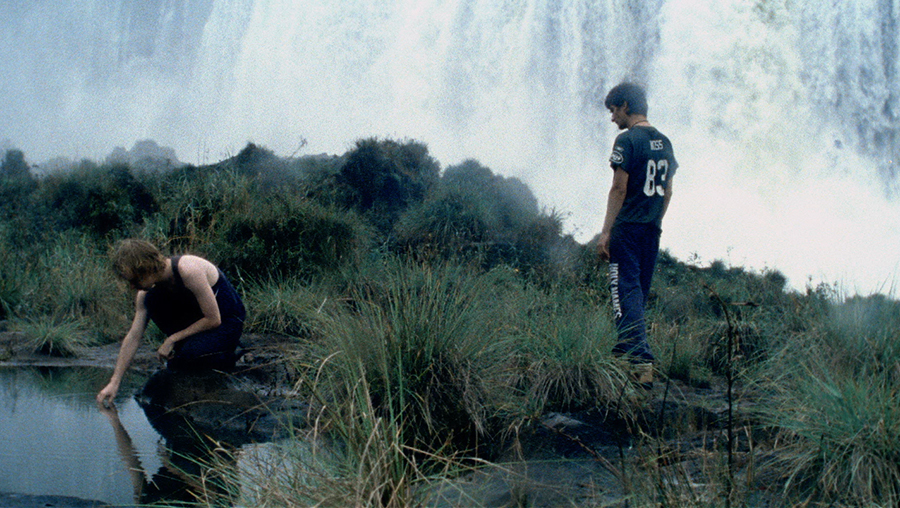 This week, Le Cinéma Club is thrilled to present Gabriel Abrantes and Daniel Schmidt’s seductive, mischievous A History of Mutual Respect. These young provocateurs began their continuing collaboration with this 16mm short, a teasingly self-reflexive tale of two tourists – young, provocative, and played by the filmmakers – adrift in an unspecified Latin American country. They’re searching for love, for the other, and when they find it in the same girl (Joana Nascimento), it means trouble in their paradise. The short first screened in 2010 at the Rotterdam, Melbourne and IndieLisboa film festivals and won the Golden Pardino at Locarno. We show it now on the exciting occasion of the French release of the pair’s most recent emission into the unknown, their gorgeous and bizarre soccer satire Diamantino, winner of this year’s Grand Prize at the Cannes Semaine de la Critique. What emerges is a parable of friendship and colonialism as acute and aesthetic as it is goofy and outrageous, both a dick drawing and a heartfelt declaration of love. The film revels in the over-the-top splendor of its locations, from the utopian architecture of Brasilia, to the other-worldly Iguazu Falls at the border of Brazil and Argentina, to the aristocratic parks of Sintra in Abrantes’ native Portugal – while at the same time interrogating the filmmakers’ roles in this touristic exoticism. This flirtatious mix of the pop and the political, of dandyism and self-parody, remains key to the work of these remarkable directors, and the strange alchemy of their collaborations.

In addition to the three films Gabriel Abrantes and Daniel Schmidt have made together (A History of Mutual Respect, Palaces of Pity and Diamantino), both directors have made numerous other films and artistic projects, whether solo or with others in their diverse and far-flung network of friends and collaborators. Abrantes has made over twenty short films that have been widely screened acclaimed at numerous international film festivals, including Visionary Iraq (2008, co-directed with Benjamin Crotty), A Brief History of Princess X (2016, previously screened on Le Cinéma Club) and The Hunchback (2016, co-directed with Ben Rivers). With Alexander Carver, Schmidt directed the 2013 feature The Unity of All Things, the 2015 short and multi-screen installation The Isle Is Enchanted with You, and a 2016 music video for Anohni. In 2016, Abrantes, Schmidt, Carver and Crotty were the subject of a joint retrospective at the Film Society of Lincoln Center.