A SHORT HISTORY a film by ERICA SHEU. 2017, USA, 3 min. A kinetic, silent 16mm “fabricated autobiography” of Taiwan by an emerging experimental filmmaker.

Sheu works primarily with celluloid, rich with grain, pops, and scratches that give her films a visual electricity. A Short History reverberates with this energy: the viewer’s eyes bounce back and forth between both halves of the screen, animated by hand-painted text and tinted archival footage from 20th-century Taiwan. (A full transcript is available at the bottom of this page.) Sheu happened upon the footage in 16mm canisters at the New School, where she was studying film production. “I was immediately drawn to these two reels,” she recalled, “and then realized the subject matter was connected to my home, Taiwan.” 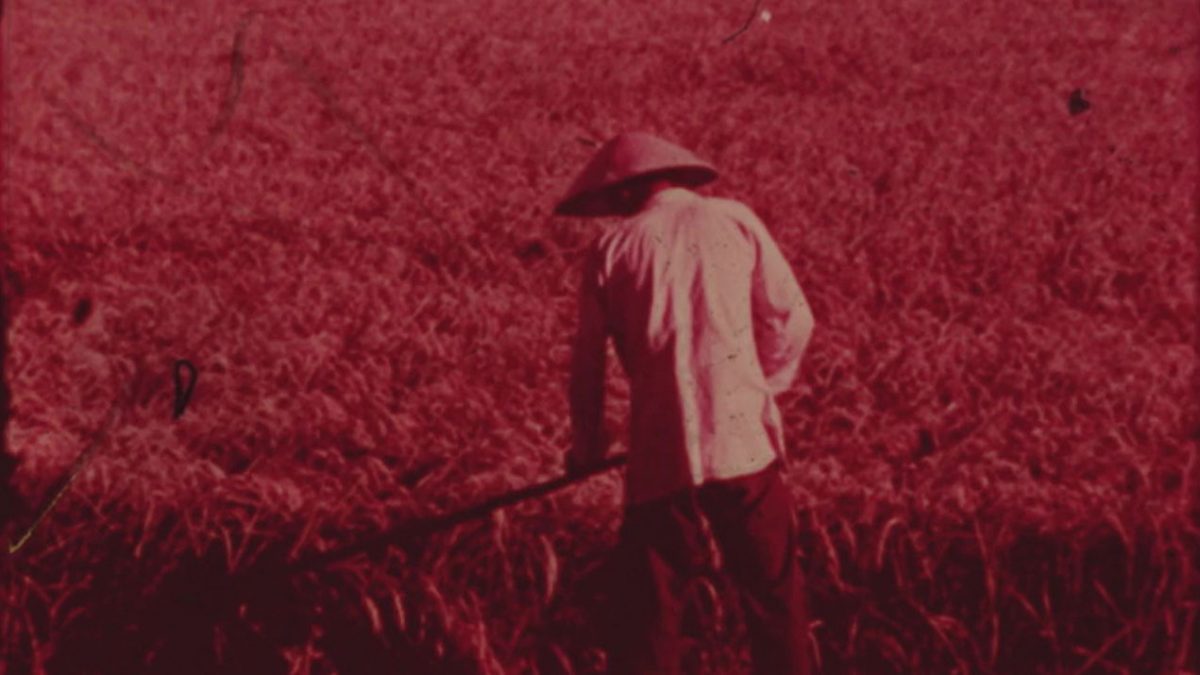 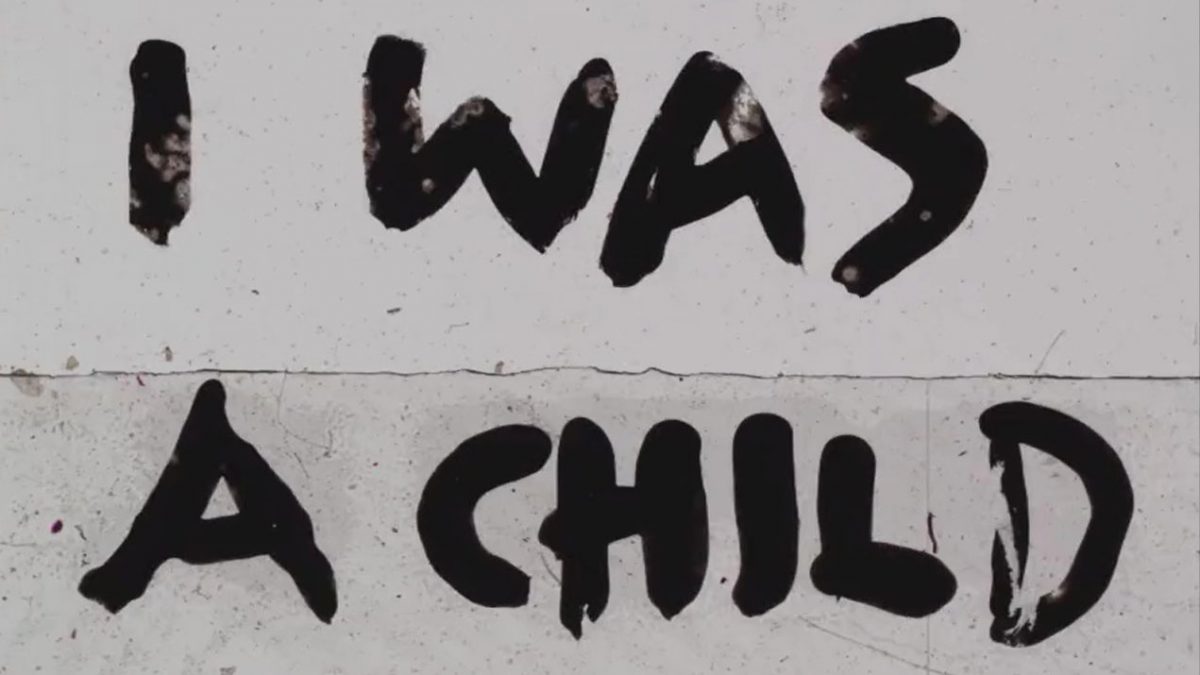 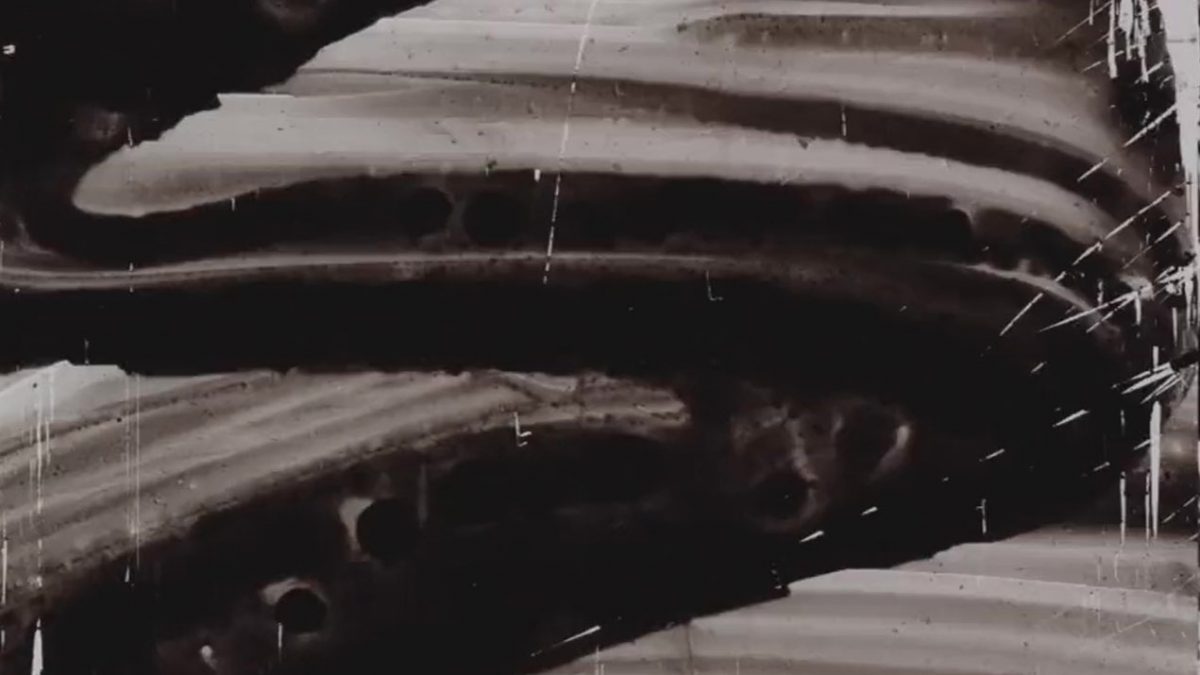 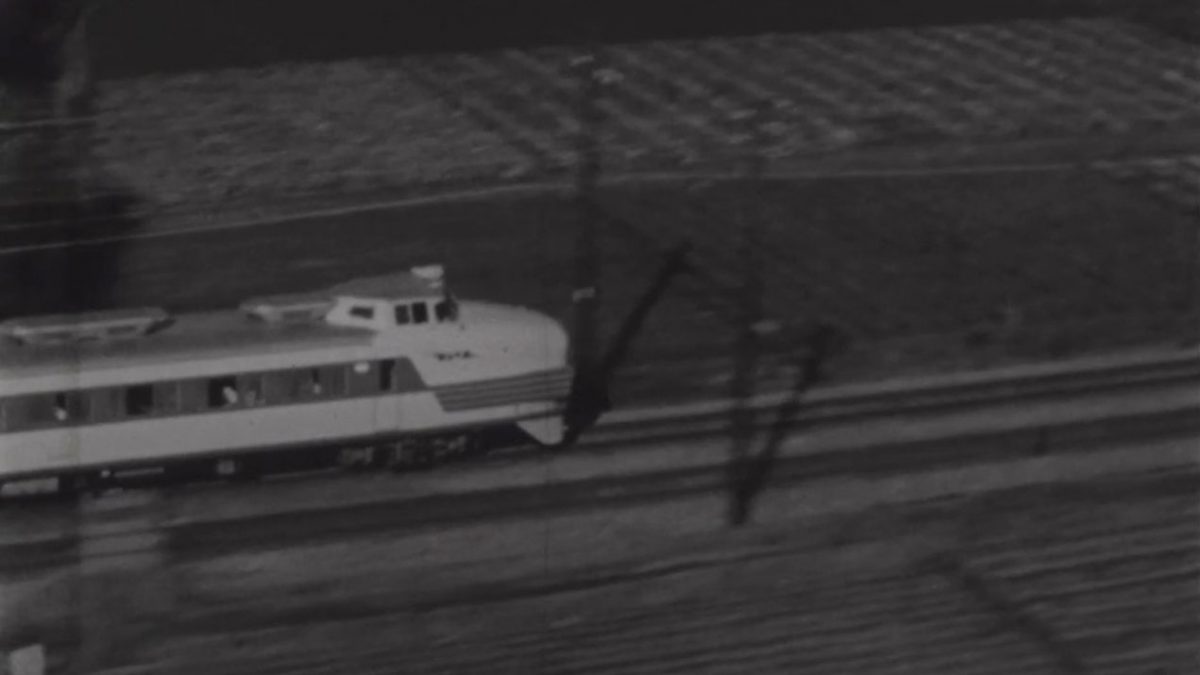 “I consider my films as variations of diary films…A Short History is a fable / a children’s book / a story of a divorced family / an unsettling life / a fabricated autobiography / a questionable history from the point of view of local Taiwanese who have been through both the Japanese and Republic of China ruling periods.” ERICA SHEU

The film’s first-person narration recounts a childhood torn between “parents” from China and Japan. As a retelling of Taiwan’s colonial past, A Short History centers the nation as its own narrator, rather than a footnote of imperial agendas before it became sovereign. Many of Sheu’s pieces navigate ideas of transplanted identity: 2018’s The Way Home follows a fleeting conversation on the New York subway between a young person from Taiwan and an older woman from the Philippines. Sharp in focus and often swift in duration, Sheu’s filmmaking suggests a state of flux, quick-moving to unsettle fixed interpretations of history.

Currently, Sheu is a student in the California Institute of the Arts Film/Video MFA program. Her shorts have been presented at IFF Rotterdam, the Film-Makers’ Cooperative, and the 2018 Taiwan Biennial, among other venues listed on her website; her 35mm 2019 piece Transcript was highlighted as a standout of the Toronto International Film Festival’s Wavelengths program. She is also a member of the artists’ collective ReaRflex, which curates experimental film programming and discussions in Taiwan. Recently, Sheu has been working on several shorts that combine celluloid and poetry, including bandage film, about the California wildfires, the pandemic, and “how cinema functions as a bandage.”

Since I was a child  我從小

I had a green thumb  就有雙綠巧手

I was proud of that  非常自豪

I used to live with  我以前

but after a big fight  但經過一次爭吵

A Japanese family took me away  有家日本人把我帶走了

I had to learn a different language  我得學另一種語言

and gave away all of my plants  還得把我的作物都交給他們

they were going to  他們將

An American Uncle dropped two bombs on them  一個美國叔叔在他們身上丟了兩顆炸彈

The Japanese couldn’t take care of me anymore  我不能再跟日本人住了

One of the Chinese parents took me away  其中一個中國家長把我帶走了

The other also thought I belong to him  另一個也覺得我是他的

But the American said “No”  但那美國人說「不是」

and set barrier around us   並在我們身邊築了柵欄

Now I live on my own   現在我自己住

But not sure when   但不知道什麼時候

I have to move again  我又得搬了

My name is Taiwan  我的名字叫臺灣