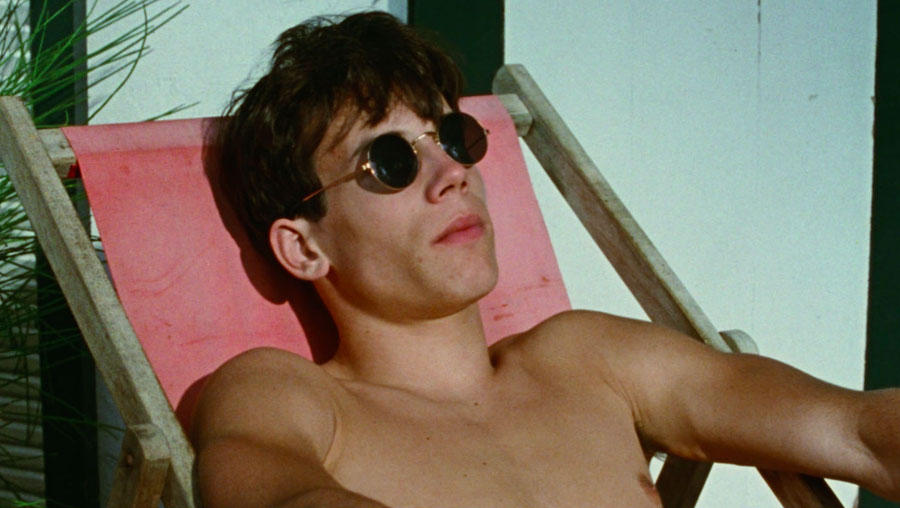 We are presenting this short in partnership with MyFrenchFilmFestival, a month-long online film festival starting today with Paolo Sorrentino leading the jury. Head over to their platform to watch new features, including films by directors we have highlighted previously on Le Cinéma Club such as Justine Triet, Léa Mysius, Antonin Peretjako, and Olivier Babinet.

One admires the construction of the narrative in A Summer Dress, cleverly built around a love triangle and a flowery piece of clothing. Over 24 hours, the story manages to capture a tale of sexual liberation, while providing a perfect capsule of time and place. Here is Ozon in 1998, in an interview with IndieWire about A Summer Dress:

“Sexuality… This is where the challenge as a director becomes stronger, because there is always the question about where to put the camera, at what angle and where to set it. It’s actually more fun to shoot a sex scene than lovers’ dialogue.” FRANÇOIS OZON

François Ozon is a beloved French director who has directed seventeen features, and numerous short films featuring actors such as Catherine Deneuve, Isabelle Huppert, Jacqueline Bisset, and Charlotte Rampling. His films regularly travel around the world in the major film festivals, and his films Swimming Pool (2003), Young & Beautiful (2013), and Double Lover (2017) were in the main selection of the Cannes Film Festival.