A Thousand Suns a film by Mati Diop. 2013, France, 45 min. With Magaye Niang. Following a farmer who once starred in a masterpiece of African film, a young director connects to her roots. 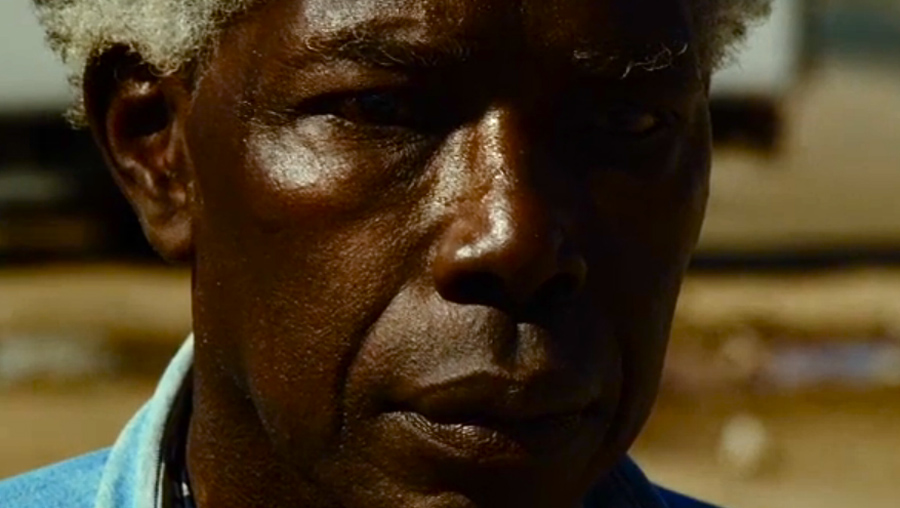 In A Thousand Suns, French director and actor Mati Diop takes you on a trip to Dakar to trace the steps of the cult Senegalese movie Touki Bouki, shot by her uncle Djibril Diop Mambety in 1973. The actors Magaye Niang and Myriam Niang have strangely recreated the path of their fictional characters in the movie: Magaye has stayed, refusing to abandon his home country, while Myriam went to explore a life overseas. Mati Diop follows Magaye who is now an ordinary farmer in Dakar. The film is also a more intimate quest for the director: it was, for her, a way to dig into her origins, and her own relationship to Africa and cinema. Through her eyes, and the eyes of Magaye, A Thousands Suns offers a personal, young and profoundly cinematic portrait of Dakar today. The film went on to screen at numerous festivals around the world, winning the Grand Prix of the International Competition both at the Marseille International Film Festival and the IndieLisboa Film Festival.

The film was shot in both DV and 35mm film, and the two techniques blend together perfectly in this film that doesn’t distinguish between reality and fiction. There is also a desire to mix the past and the present. The film opens with the theme of High Noon, a Western that had had a strong impact on Djibril Diop Mambety when he saw it as a child — and Mati Diop portrays Magaye as a modern cowboy. In the taxi scene, the director sets her lead character to face the Senegalese youth; she chooses Djily Bagdad — a local rapper and member of the Y’en a marre (We’re fed up) movement, composed of rappers, students and journalists — to play the driver, triggering between Magaye and Bagdad a debate and confrontation of ideas.

We are thrown into today’s Dakar. The title — one of the very first decisions the director made for the film — was found in the jingle of a radio program from Dakar in the seventies while working on archives: “Africa, the past, the present, the future….A thousand suns!” A Thousand Suns is an explosion of colours: the red from the slaughterhouse, the radiant yellow from the Dakar light and soil, the digital blue of the screening, the green and pink of the club, the white of the snow. The final scene is also the first image that came to Mati Diop, one that inspired her to do the film when she learned that Myriam, Touki Bouki’s heroine, was now living on an oil rig in Alaska — a poetic, quasi-fantastic image.

“I found it very beautiful, the idea of talking about the invisible life of a film once it has been made , of questioning what becomes of a movie once it’s done…” MATI DIOP

Mati Diop studied at the Fresnoy — Studio national des Arts Contemporains. She has directed four shorts and recently received the ‘Martin E. Segal Emerging Artist Award’ from the Film Society Lincoln Center. As an actress, Mati has acted in Hermia y Helena by Matias Piñeiro (2015), Fort Buchanan by Benjamin Crotty (2014), Simon Killer by Antonio Campos (2012) et 35 Rhums by Claire Denis (2008). She was invited this past winter by Harvard to a residency to write her first feature — a ghost story set in the suburbs of Dakar by the sea.