A World Without Women a film by Guillaume Brac. 2012, France, 56 min. With Laure Calamy, Vincent Macaigne and Constance Rousseau. Two women briefly infiltrate a lonely, seaside life in a touching story of friendship. 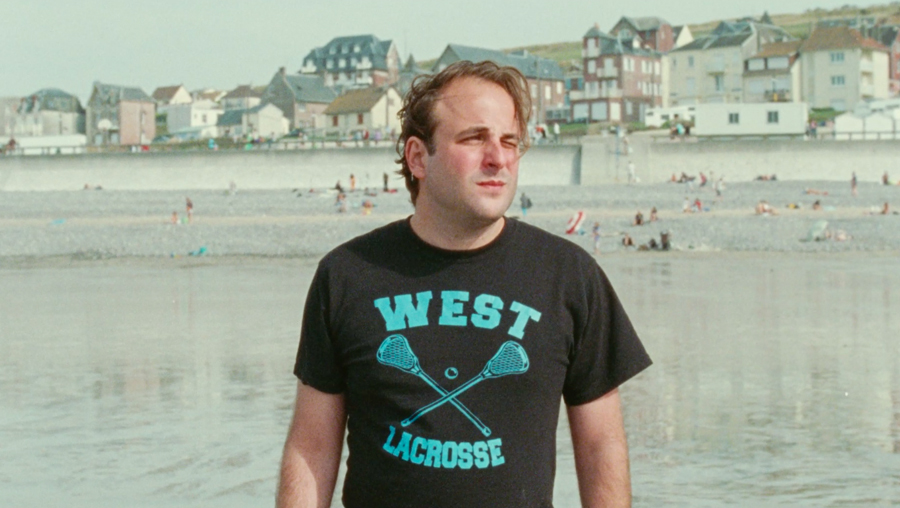 It’s still time to go on vacation with A World Without Women, an hour-long film that launched Guillaume Brac as a new auteur of French cinema in 2012. The story is set in Ault, a small town on the coast of Picardie where Sylvain, a young local played by Vincent Macaigne (now a favorite of French independent cinema) rents his studio to Patricia and Juliette, a mother and her daughter from the Paris region. Sylvain is shy and insecure, a local bachelor in his thirties whose touching awkwardness betrays his loneliness. The two women are charming, the mother spirited and seductive, the daughter more discrete and graceful. But their presence in Sylvain’s world is short lived. Over the course of a week, following the pattern of night and day, Brac shows his characters as they evolve at the beach, play mime games, go out on walks or to the club. With great sensitivity, he depicts the genesis of friendship and intimacy, the contradictory pulls of desire, the ebb and flow of passion – and in the midst of it all, for Sylvain, the looming shadow of impossible love… This beautiful summer tale, halfway between the allegory and the documentary, at once funny and melancholy, evokes films by Rohmer (The Green Ray (1986)) and Rozier (Du côté d’Orouët (1971)) – two sources of inspiration for the filmmaker, along with James Gray’s Two Lovers (2008). By anchoring his narrative within a framework familiar to French naturalist cinema, with its summer setting, its love triangles, and the encounter between city and country folk, Guillaume Brac created a film that is full of humor and whose apparent simplicity seduces and surprises.

“Film chemically transcends things, whereas digital has a tendency to flatten them.” GUILLAUME BRAC

Shot in 16 millimeter, the film has a soft and melancholy texture that matches the story and its landscape. Guillaume Brac discovered the town on a trip in the steps of Maurice Pialat (Naked Childhood (1968)) and Bruno Dumont (The Life of Jesus (1997), Humanité (1999)). He was “fascinated by this little seaside resort, lost between cliff and sea,” and “seduced by the softness of the light and its melancholy atmosphere, transfigured by each sunray.” In fact, the filmmaker first used the town of Ault as the setting for Le Naufragé, a 2009 short that deals with similar themes of isolation and loneliness, also starring Vincent Macaigne – and Marie Picard, a local building caretaker, plays herself in both films. Brac was thus inspired by the place but also by encounters with the local population and certain facets of his actors’ personalities. Indeed, the magic of the film lies in its almost documentary dimension, in the details that give life to its characters and form the social background of this small coastal town.

At 24, after studying at HEC, one of France’s most prestigious business schools, Guillaume enrolled in the production department at the film school La Fémis. In order to produce and direct small budget films with more freedom, he started his own production company, Année Zero. With the money he received from the distribution of his short Le Naufragé (2009) on television, and with the help of a private investor, he shot A World Without Women with a budget of 60 000 dollars. In 2013, the film was nominated for best short film at the Césars and received great critical acclaim. Guillaume Brac then directed his debut feature Tonnerre (2013) (also with Vincent Macaigne). He recently completed a documentary about a group of cyclists in the Great Alps, and is finishing the script for his next feature, which will be shot next summer in Geneva, Switzerland.