Across My Land a film by Fiona Godivier. 2017, USA, 16 min. With Summer Phoenix, Timothy V. Murphy, Preston Bailey and Gaia Peddy. Fathers, guns, and the border wall in a timely short by a young Franco-Chilean director. 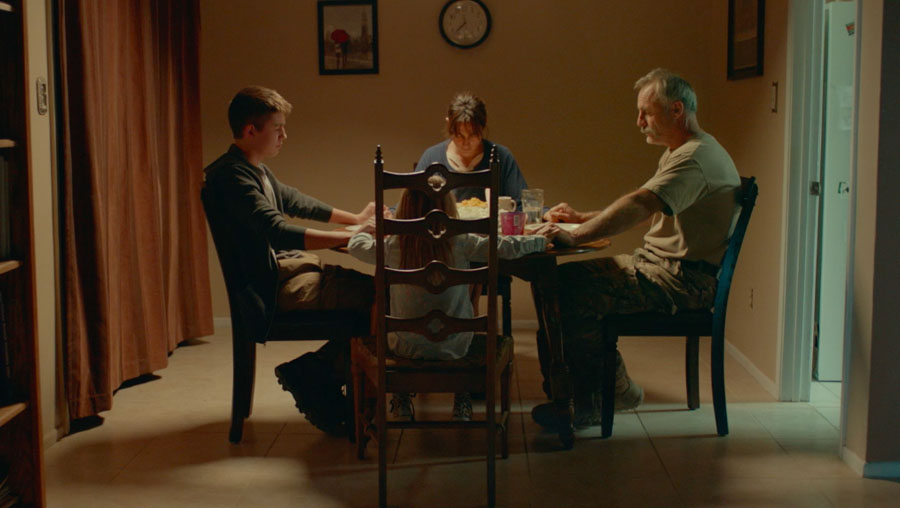 This week we’re hosting the online premiere of Across My Land, the second short film of young Franco-Chilean director Fiona Godivier, which was presented last year in the official selection of the Cannes Film Festival. Set in Arizona on the American border with Mexico, the film shows us a family whose father patrols the border as a “Minuteman” and who one night takes his son with him. The filmmaking is assured and the subject is timely (the short was shot before the 2016 U.S. presidential election). The cast features Summer Phoenix, who plays the mother, and French electronic musician Jackson composed the music. Across My Land was co-produced by Random Bench and Joaquin Phoenix.

As Fiona Godivier was researching walls built by governments to protect their borders – an idea the filmmaker is firmly against – she learned about the “Minutemen”, private militias who seek to reinforce the American border while tracking illegal immigrants. As part of her research, Godivier spent time in Texas driving around the border in patrol trucks. She went on trips with minutemen, but she cut those short as she didn’t always feel safe.

“The film is an intimate story that reflects on the wall, but also on education, fear and gun control.” FIONA GODIVIER

Fiona Godivier was born in Paris of a Chilean mother and French father. She studied photography at the International Center of Photography in New York, 3D computer animation at Studio Mercier in Paris, and then she started directing music videos and fashion films. In 2014, she directed her first short film Deep Down, shot in L.A. and voiced by Scarlett Johansson. Deep Down won the Best Short Experimental Film Award at the Toronto Short Film Festival. Godivier is currently writing her first feature. We’re excited to see what she does next.