Actua 1 a film by Philippe Garrel. 1968, France, 6 min. A remarkable early short by the French master shot in the heat of May ’68. 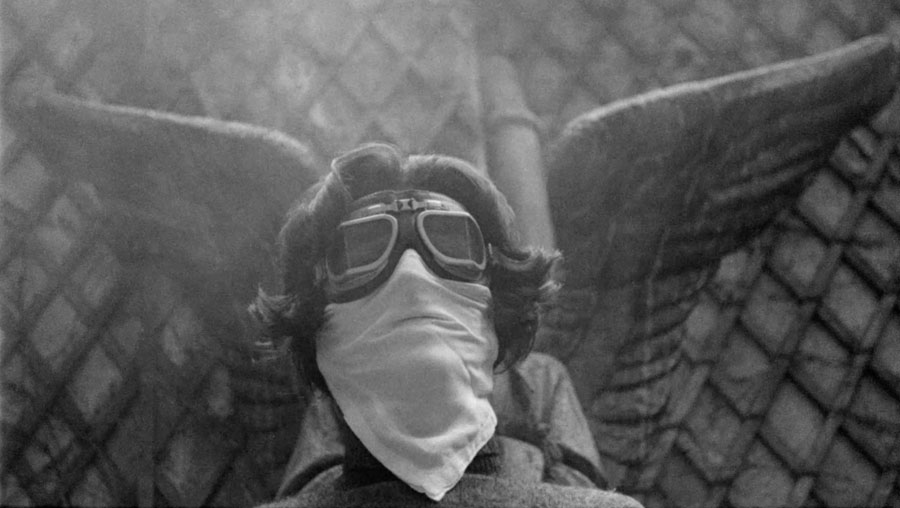 This week, to mark the 50th anniversary of May ’68 – 20th-century France’s most important social movement, which became a cultural milestone – we are proud to present Actua 1, a remarkable early short by Philippe Garrel that the French master shot in the heat of the times. The social movement was the most important that France has seen during the 20th century, and while it fell short of political change, it remained a cultural milestone known across the world. Shot during the peak of the events of ’68 – when student workers took to the streets and occupied universities and factories, protesting against capitalism, consumerism, traditional values and order – the 6-minute black and white short is comprised of 35 mm film by Garrel and 16 mm footage by film students who participated in the revolts. We hear narration by a man and a woman: “What comes into the world to change nothing, deserves neither respect or patience…” Garrel conceived Actua 1 as “revolutionary newsreels.”

Actua 1 is both a real-time document of the legendary political, social, and moral upheaval, and an early testimony to the prodigious talent and poetic voice of the great French filmmaker, who made film when he was only 20 years old. He was then at the beginning of his underground, experimental phase that defined the start of his career, before shifting to narrative features in the eighties. In an interview for the French public radio France Culture, Garrel remembers the time period when he was making his first short, Les Enfants désaccordés (1964):

“I had an editing table close to my bed; I was editing all the time and I loved it. It’s really interesting to make films as a painter would work, meaning in a studio – and that’s what I was trying to do. I was asking myself what we could do following the New Wave, who had gone to shoot in real life settings, and I thought that’s what we could do; to have the life of a painter, working on the ground a bit, but having an important life in the studio, shooting films from your editing table. It’s a very solitary life, and this created a certain economy in the style of my films, which remained in some way from the moment I started being produced in the early eighties.” PHILIPPE GARREL

There is word that Actua 1 was only screened in 1968, before getting lost, and Jean-Luc Godard still remembered the images in his foreword to the book on the work of Garrel, ‘Une camera à la place du coeur’, more than thirty years later: “I also remember these shots from ’68, the only ones that show riot police officers full-face with the dark austerity of the 35 mm, when everyone was making blurry 16 mm…” The film was long known as a “lost film” in Garrel’s filmography. In his feature Regular Lovers (2005), set within a group of young people following the 1968 events, Garrel even re-created the short by memory.  The print was eventually found labelled and waiting at the French Archives in 2014, and restored by the Cinémathèque Française.

A child of May ’68 and of the French New Wave, Philippe Garrel directed his first films at the age of 16.  He went on to become a prominent, highly-regarded voice in French cinema for over fifty years. The son of the great French actor Maurice Garrel, and a disciple of Jean-Luc Godard, Philippe Garrel has described himself as an artisan, and he once said of cinema that is is “Freud plus Lumière”. His work is characterized by two main periods: the beginning of his career with more abstract, experimental films (partly during which he lived with the singer Nico, with whom he made four films including The Inner Scar (1972). Garrel shifted in the eighties to intimate, personal and sometimes autobiographical narrative films in which he also casts his children, the celebrated actor and filmmaker Louis Garrel (The Dreamers, Regular Lovers, Saint Laurent, Two Friends) and the rising actress Esther Garrel (Jealousy, Call My by Your Name). Philippe Garrel currently lives in Paris with his wife, the filmmaker Caroline Deruas (L’Indomptée). Garrel was twice awarded the Silver Lion for Best Direction at the Venice Film Festival, for J’entends plus la guitare in 1991 and Regular Lovers in 2005.