Alejandro y Miguel a film by Joie Estrella Horwitz. 2019, USA, 9 min. On a Mexican ranch, a filmmaker, a cowboy and his son collaborate in this surreal and thoughtful short.

In this lyrical short shot in Chihuahua, Mexico, filmmaker Joie Estrella Horwitz examines the dynamic between a stoic but caring vaquero rancher and his artistic teenage son – her subtly surreal approach crafting what she calls “a meditation on their relationship through my perspective”. Horwitz was recently included in Filmmaker Magazine’s 25 New Face of Independent Film, where they wrote that “liminality, somewhere between feverish dream and reality, forms the stylistic backbone of Horwitz’s work.”

Horwitz was born in the border town of Nogales, Arizona, and is currently based in Tucson and Los Angeles. As a director, producer and curator, her work often centers on multi-generational familial relationships, physical and spiritual borders, immigration, decolonization, and the desert landscape. She shot the short at her stepfather’s ranch, where Miguel carries on a long vaquero tradition as the head cowboy, and where his son Alejandro is somewhat of a black sheep for his greater interest in drawing, writing and filmmaking. Often collaborating with Alejandro as a shared pastime, Horwitz here chose to study the reverberations of colonialism and conquest in the region with the help of father and son. 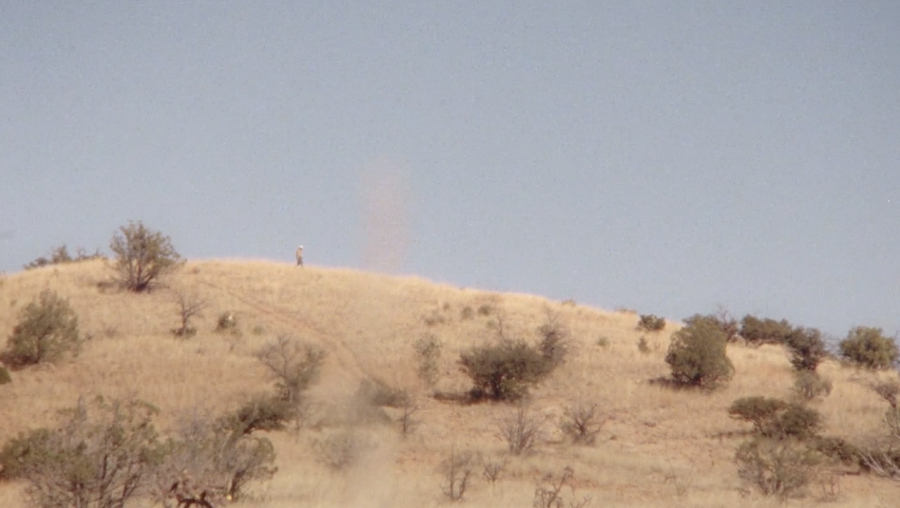 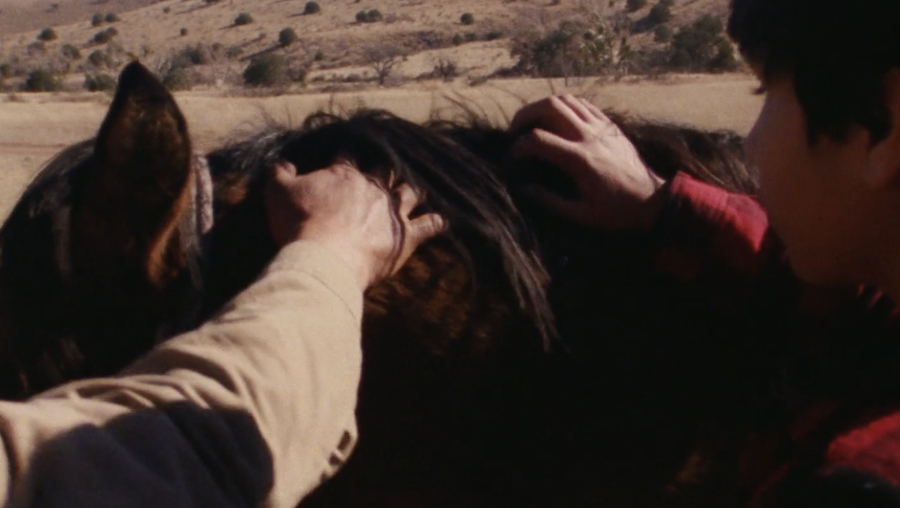 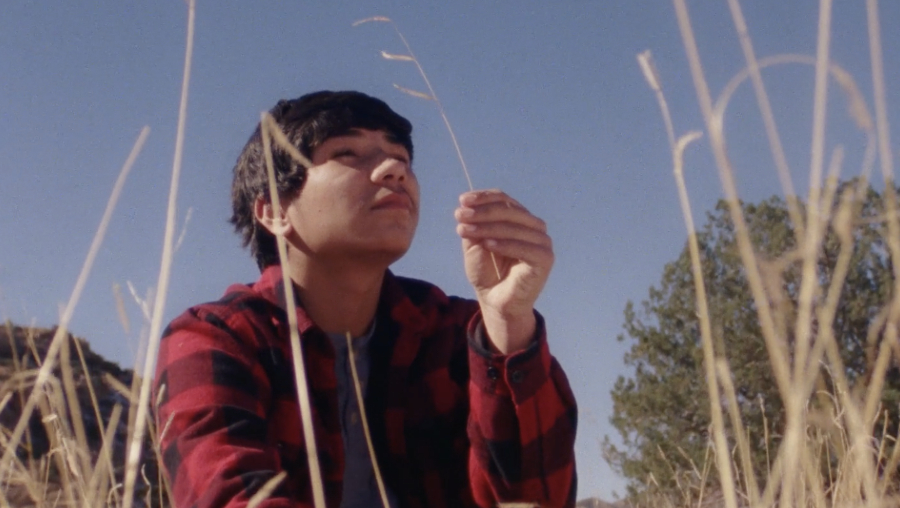 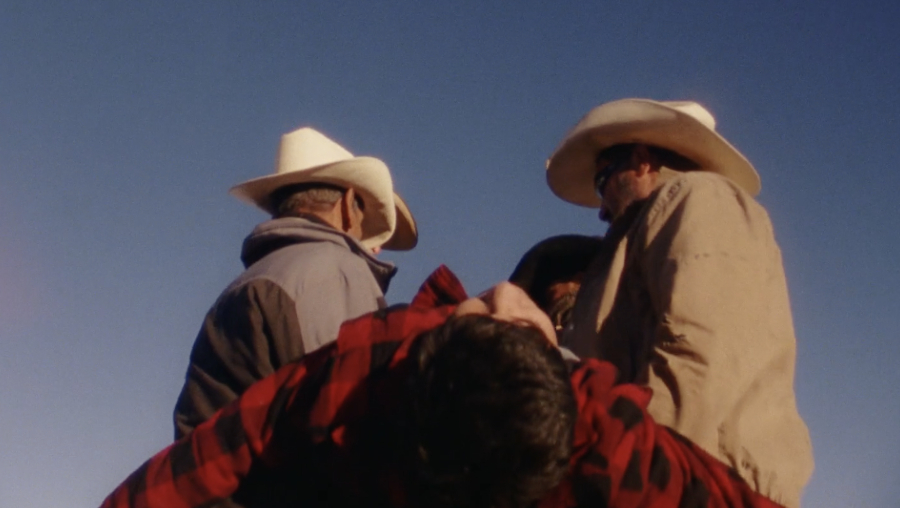 “The vaquero stems from a similar history [as the horse], having been brought into Latin American through Spain, and having its own colonialist history in the brutality toward indigenous communities, and then a transference into the vocations of said communities. However, these histories or ideologies are not presently discussed in this ranching community, but they are always present in the shadows. I felt the dynamic between Alejandro and Miguel spoke subtly to these histories through family heritage, and more importantly had the potential to transcend them.” JOIE ESTRELLA HORWITZ

She designed the film to slowly approach meeting points and places of intimate bonding, culminating in the moving scene where father and son stand together by the horse and wordlessly exchange a look. She asked her stepfather to conduct the interviews, in order to keep all of the onscreen presences male and maintain her own female perspective as a phantom voice within the film – a thoughtful inversion of the more common standard of male directors making female centered films.

Horwitz is currently finishing her MFA at the California Institute of Fine Arts, including her thesis film Green and Brown, which focuses on Venezualan-American artist Luchita Hurtado. She is also developing Tender Crossings, an experimental feature documentary about a family separated at the Mexican/American border, and producing Luis Gutiérrez Arias’ feature Todo lo Sólido, which was awarded the Sundance Documentary Fund. You can learn more about her work on her website.