And When I Die, I Won’t Stay Dead a film by Billy Woodberry. 2015, USA, 89 min. With Bob Kaufman. Found footage reconstitutes the uncompromising spirit of a poet at war with American culture. 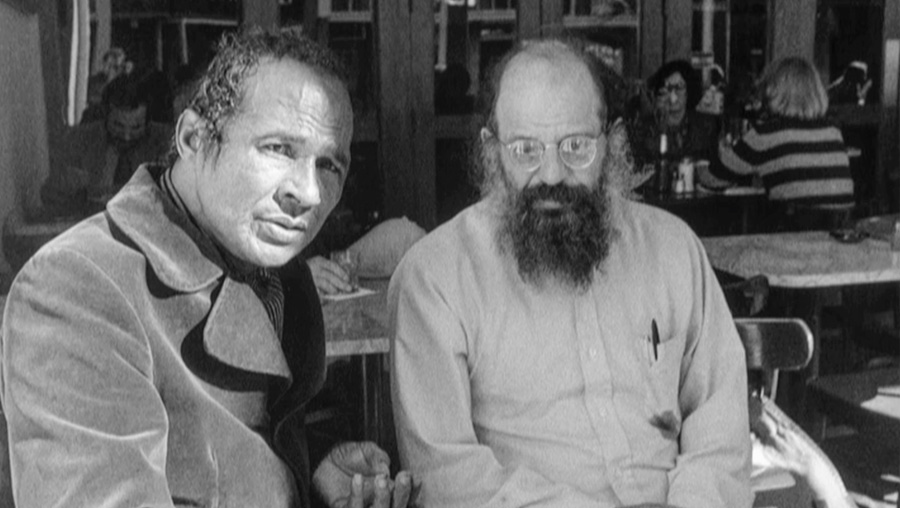 On the occasion of the Centre Pompidou’s film series around their exhibition Beat Generation in Paris, Le Cinéma Club is showcasing one of the films screened in their program: the documentary about the life and work of Bob Kaufman, And When I Die, I Won’t Stay Dead. Directed by Billy Woodberry, the film brings together found footage and interviews that reconstitute, at the rhythm of poetry recitations and jazz music, the biography of this radical, ferocious and visionary Beat poet. Known in France as the “American Rimbaud,” Bob Kaufman was at war with the American culture of the cold war period. Uncompromisingly fierce and wild, he was never fully included into the Beat counterculture movement, while his skin color, his outspoken criticism of power, his uncompromising struggle for spiritual and political freedom, made him an easy prey for the racist police. Like Antonin Artaud, he was unjustly arrested, interned and subjected to electroshock therapy. A poet in the oral tradition, he also made a vow of silence for ten years. Set in the backdrop of the San Francisco of the 50’s and 60’s, Billy Woodberry’s film brilliantly documents the violent beauty of Kaufman’s life and struggle for freedom.

“A central feature of the film I made, is the presence of the poetry of Bob Kaufman, as it should be as that is how and why he is known, it was finally his way of being in the world. Poetry and the struggle to be a poet is his principal legacy.” BILLY WOODBERRY

Billy Woodberry’s documentary does not follow a chronological path. He begins his film in the coffee shops, the bars and the streets where the Beats would gather and where the young Bob Kaufman read his first poems to the public. As if this were his real birth, his birth as a poet, a beginning that is also marked by confrontations with a racist and authoritarian police. For Billy Woodberry, this entanglement of the poet’s life with the repressive political climate of the McCarthy era and the conservatism of the 50’s and 60’s is what makes Bob Kaufman such a fascinating subject. Long forgotten or overlooked by academics and scholars who relegated him to the footnotes of history (if even that), Woodberry also wanted to show that Bob Kaufman was not only the quintessential Beat. More than this, he was also an emblem, sacred and immortal, of what it means to be a poet.

Billy Woodberry is one of the key figures of the L.A Rebellion film movement, a collective of Black filmmakers who emerged in the 1970’s from the UCLA Film school that includes Charles Burnett. His first feature length film Bless Their Little Hearts (1983) is a landmark of African American cinema. He has also directed a short film, The Pocketbook, and a a short documentary, Marseille Après la Guerre (2015). He has been a faculty member at CalArts since 1989. His brilliant And When I Die, I Won’t Stay Dead was chosen as the opening film of MoMA’s Doc Fortnight in 2016. It was awarded Best Investigative Documentary at the Doclisboa festival in 2015.