As Paris prepares to reopen cafés and cinemas from its third lockdown on May 19, Le Cinéma Club presents the online premiere of Lucca Dahan-Fletcher’s April 2020 Paris. The French-American filmmaker’s charming short spotlights the social solidarity that keeps a city together, even in isolation.

Three Parisian women—Frances (Charlotte Gainsbourg), Pauline (Pauline Chalamet), and Satu (Camélia Jordana, star of Emmanuel Mouret’s latest Love Affair(s))—chat in their apartment’s courtyard over a socially-distanced cup of tea. Between lighthearted banter, they relax through stories of chance encounters, awkward neighbors, and family dynamics: the everyday meetings that make up daily life. Their conversations play out in voiceover amid images of Paris’s empty streets, and seem to breathe new energy into the picturesque architecture. 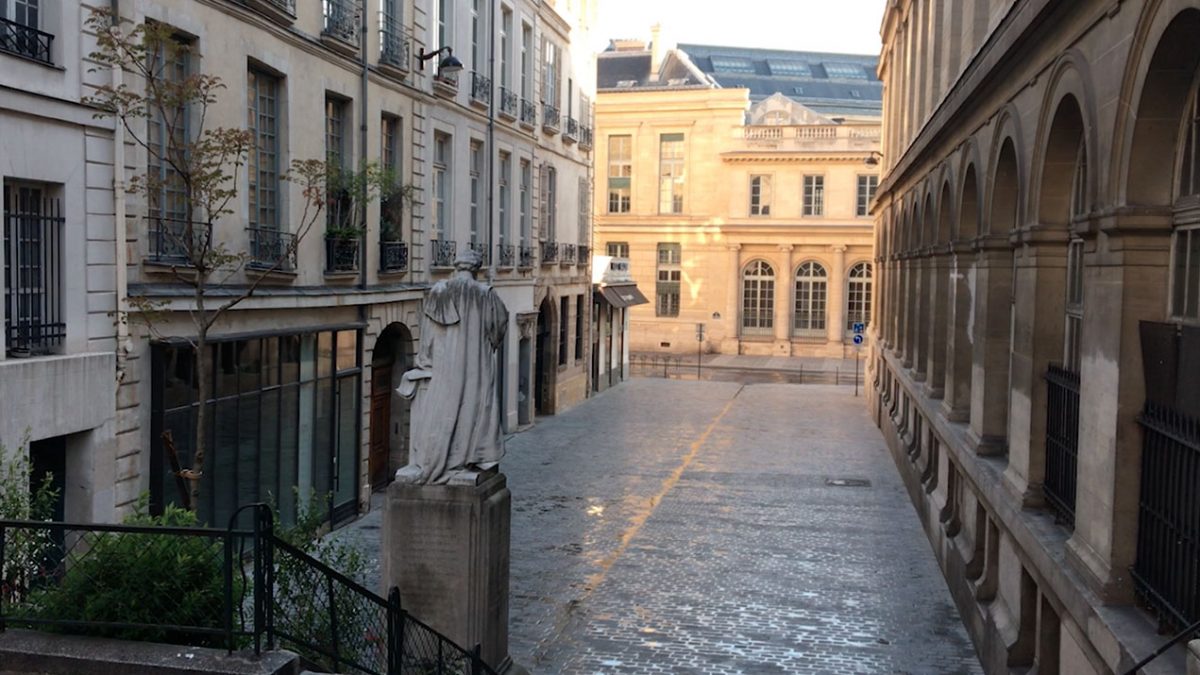 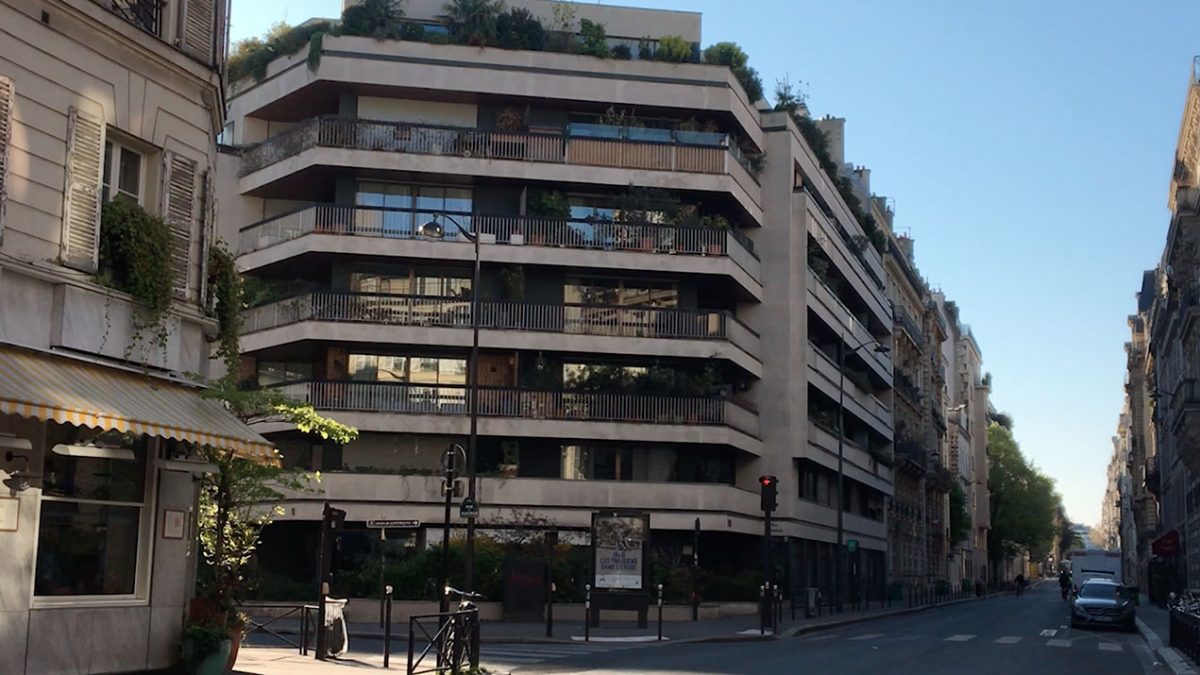 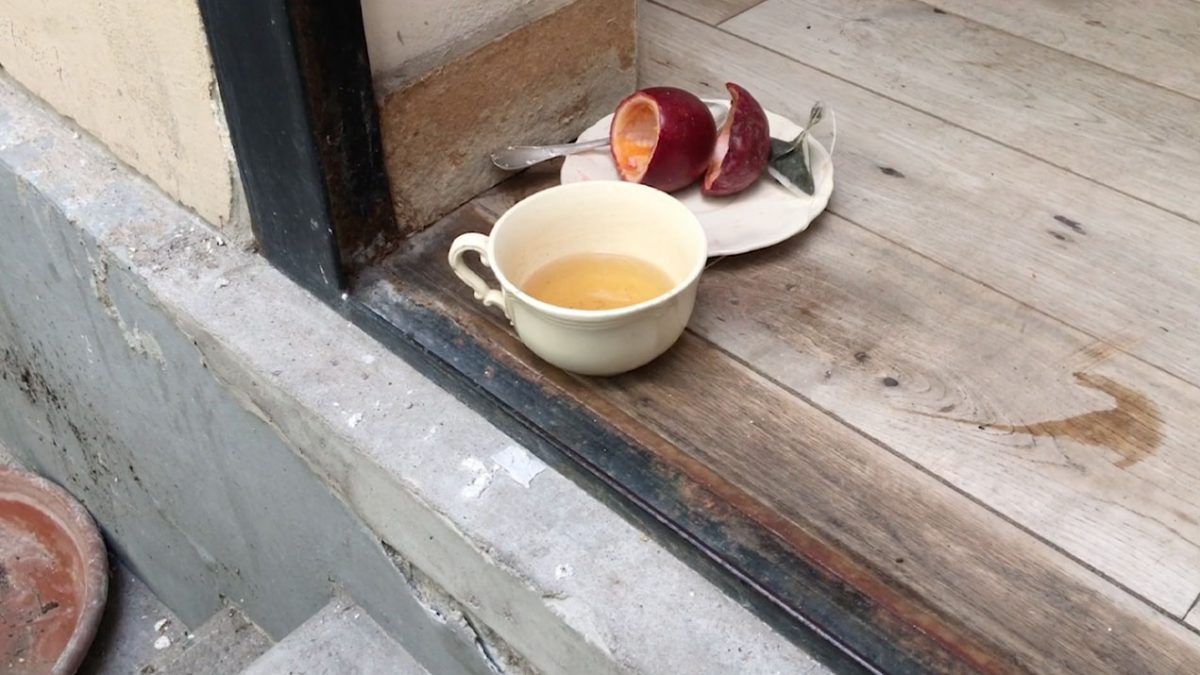 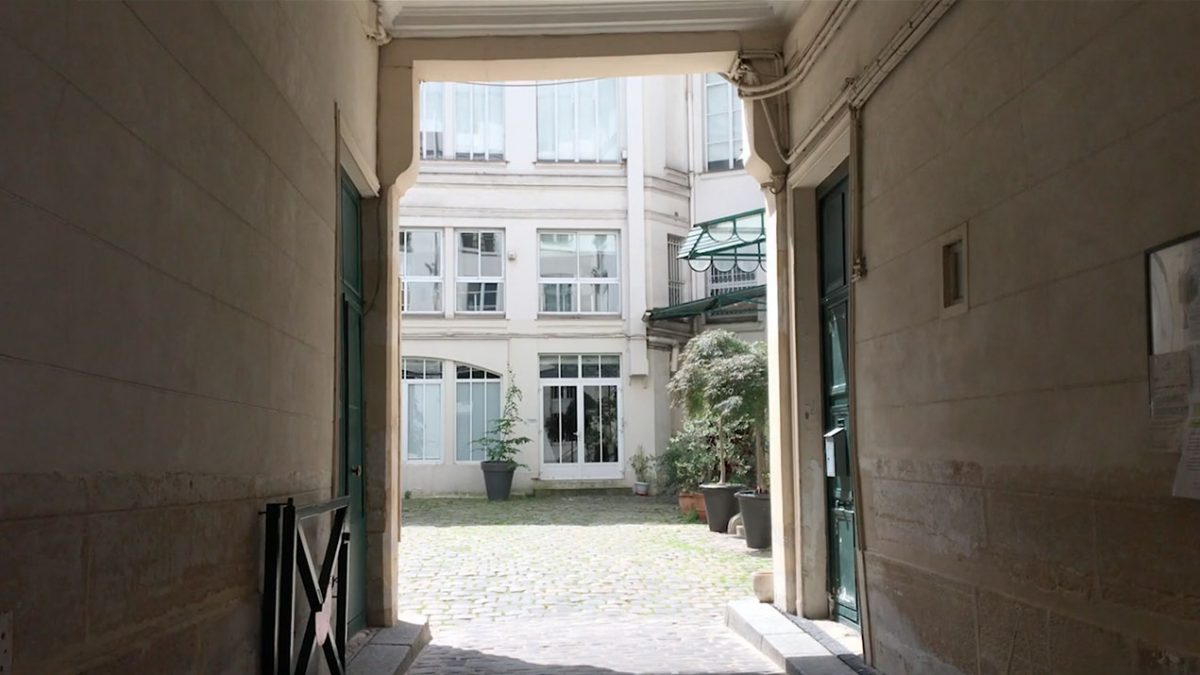 “The film follows three women’s eccentric and elevating stories during this peculiar time. I was lacking creative outlets so I decided to make something with the tools I had at my disposal. I remember hanging up the first Zoom run-through with Charlotte and feeling high—it had been the first time in a while that I had done something so much fun.” LUCCA DAHAN-FLETCHER

Dahan-Fletcher based the short on real-life exchanges with his own neighbors: one day, while reading on the roof of his building, his bookmark drifted down to his neighbor’s doorstep. “We made small talk, and later that day she wrote me to say how happy it made her to interact with someone,” he recalled, and the two decided to start meeting for distanced teas with one other neighbor. Something similar happened when the actresses came together to record their dialogue over Zoom, all three settling into a pleasant, easygoing rapport. As a story of lightly humorous and often touching connection, the film is an ode to Paris’s vitality: temporarily hidden, but soon to resurface. Even a shot of an empty courtyard draws the eye to its greenery, persistent and thriving—and cultivated by a person offscreen.

A graduate of UCLA, where he studied photography and cinema, Dahan-Fletcher grew up in Los Angeles and is based in Paris. He is currently location scouting in the north of France for his next short, a psychological drama, while helping friends develop and produce their own films in the meantime. His credits as a production and office assistant include Wes Anderson’s upcoming The French Dispatch and David O. Russell’s American Hustle and Joy; as well as in JR’s studio. He is on Instagram at @lucca.