Archipels, granites dénudés a film by Daphné Hérétakis. 2015, Greece, 26 min. Paralysis and the mood of a city filter through montage and voiceover from a young Greek director. 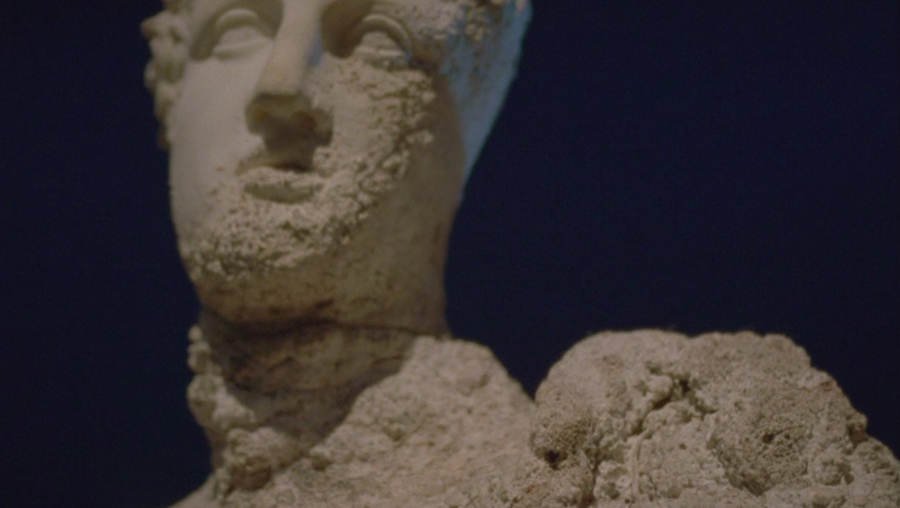 Daphné Hérétakis’ cinematic essay Archipelagos, Naked Granites opens with a montage of images from genre films — clips from science fiction and disaster movies, images of the apocalypse that announce the devastated landscape where this film takes place: Athens, 2014. In voice over, we hear the diary of a young Greek woman being read to us. We hear about her daily life as the camera takes us through the city of Athens. If months pass in the journal that we hear, time appears to be at a standstill in the images we see. Greece is paralyzed. At the same time, residents of Athens are interviewed: “If you could change something in your life, what would it be?”, “What does joy makes you think of?” Simple questions that allow the director to capture the deep mood of the city. Archipelagos, Naked Granites is both an intimate and collective portrait of a contemporary Greece in search of meaning.

The young Italian-Greek director Daphné Hérétakis was born in Paris in 1987, but she grew up in Greece. She eventually returned to France to study film. Hérétakis initially wanted to study narrative filmmaking but when the program was full, she decided to try the documentary program. The young filmmaker became passionate about documentary cinema immediately, when she was introduced to the greats — Chris Marker, Johan Van Der Keuken, Agnès Varda.

Hérétakis was then accepted at the prestigious Le Fresnoy school and made Archipelagos, Naked Granites during her first year there. She shot in Super 16 mm in Greece, asking a girlfriend to keep a diary for her to use in the film as voice-over. The director envisioned a film about despair, and the people who keep going despite everything happening around them. Early on, she also had in mind an image of the Acropolis collapsing. Back in France, Hérétakis edited and finished this wonderful docu-fiction piece. The 28-year-old director is part of a young generation still very keen on shooting on film. Hérétakis often uses the ends of film rolls that a few of her supporters save for her from big productions, even developing them on her own when she can.