Based on Russian poet Mikhail Lermontov’s retelling of an Azerbaijani folk tale, Ashik Kerib follows a brave minstrel along a 1,001 night odyssey to earn the hand of his one true love. But to watch this fable unfold is to luxuriate in a sumptuous display of color and choreography. The film’s almost improbably gorgeous tableaux recall Parajanov’s 1969 masterpiece The Color of Pomegranates; within them, Parajanov folds in celebrations of Azerbaijani culture through arresting flashes of traditional art, architecture, costuming, and dance. With evocative drones, Dzhavanshir Kuliyev’s original score wraps the vignettes in a trancelike, magisterial gauze. 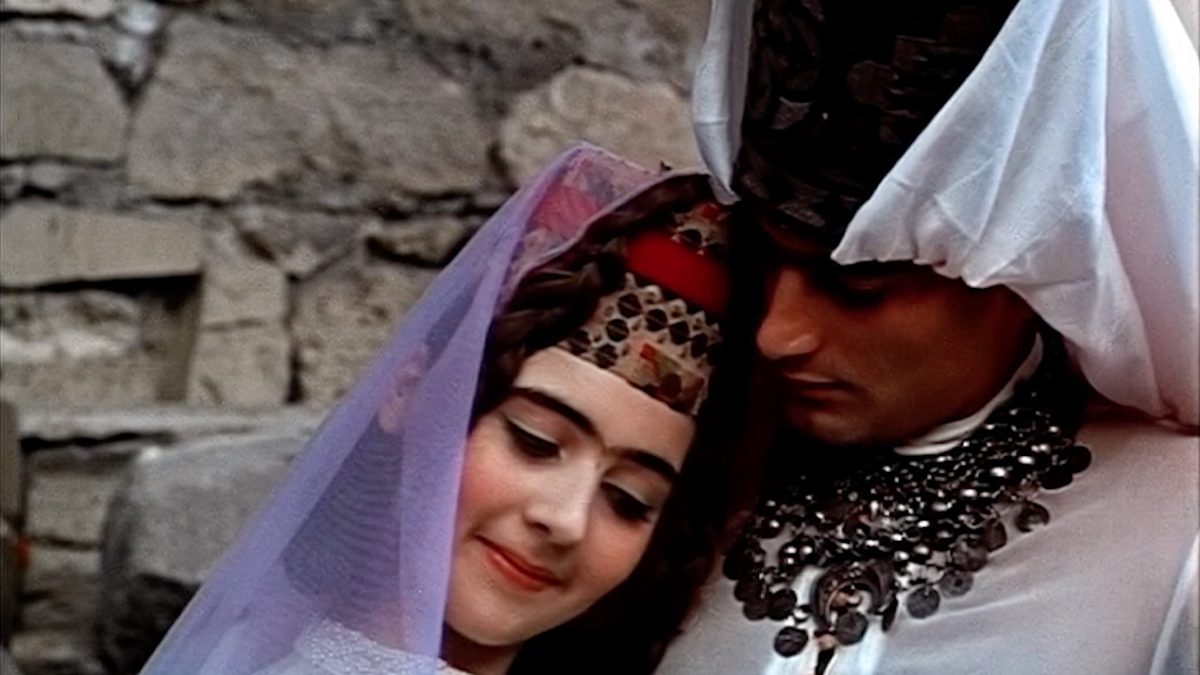 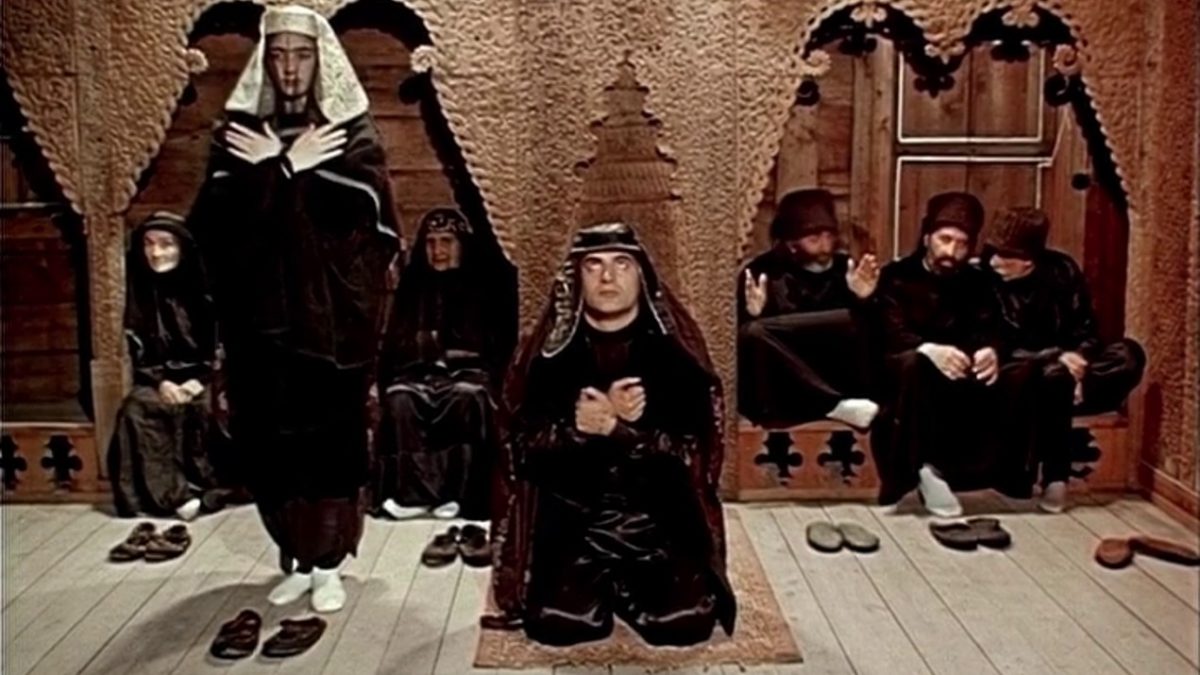 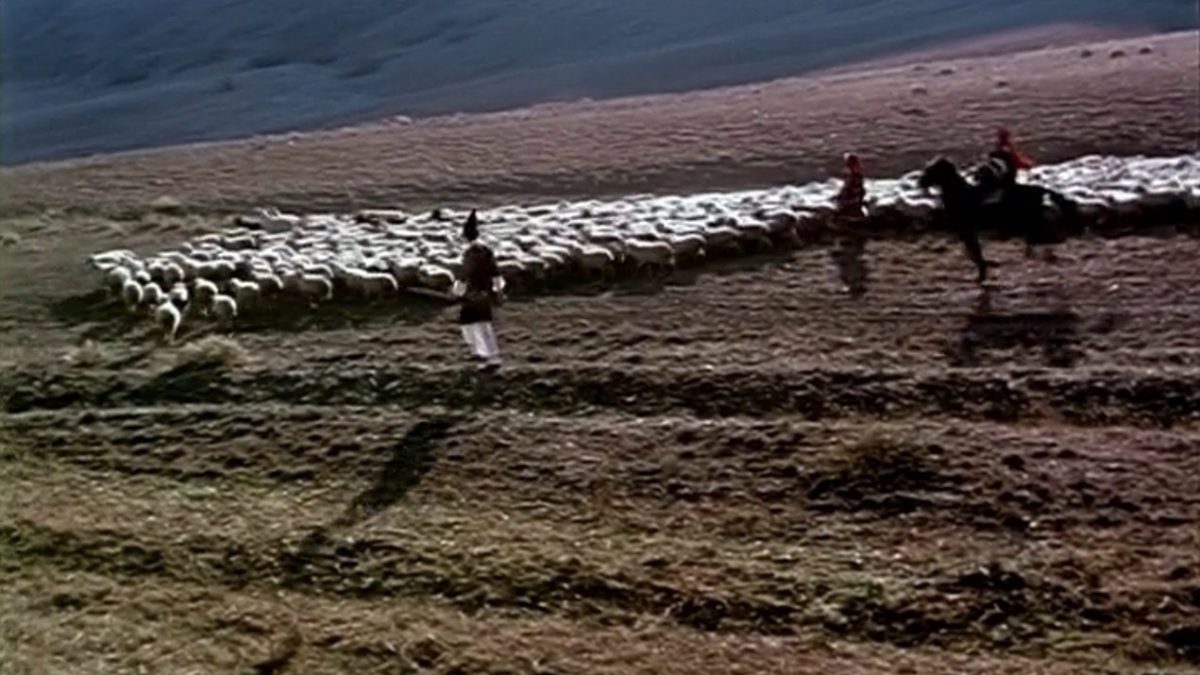 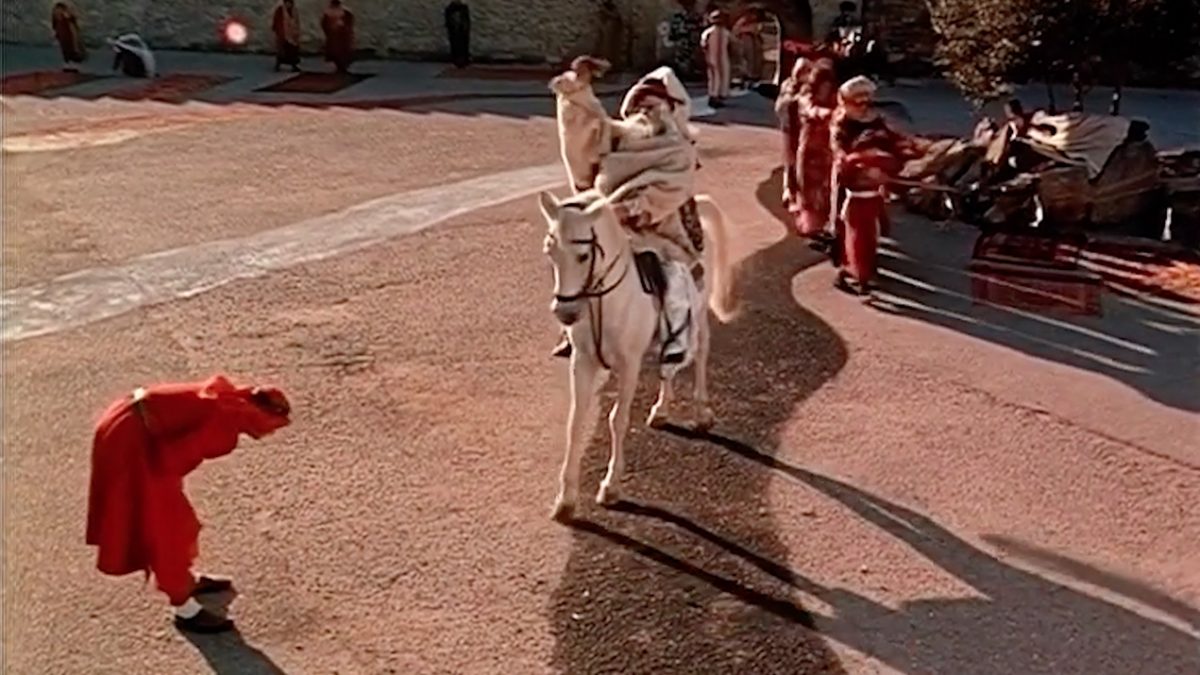 “The allegories in Ashik Kerib are on a child’s level. They are not philosophical. If you are a poet, armor will interfere with your song; if you see the blind, give them a caress.” SERGEI PARAJANOV

Parajanov co-directed the film with actor Dodo Abashidze and dedicated it to his friend Andrei Tarkovsky, whose Ivan’s Childhood sparked his aesthetic break with Soviet realism in the mid-’60s. Although Lermontov’s version of this fairy tale has a more idealistic faith in love conquering all, Parajanov doesn’t romanticize the harshness of the obstacles that stand in the central couple’s way, with oblique echoes of Stalin’s regime in the character of the Pasha. Yet the film’s resplendent bursts of eroticism constitute their own electrifying resistance, and Ashik Kerib is an enduring statement from an artist who brought a graceful and gritty vitality to each frame.

Parajanov was born on January 9, 1924 to Armenian parents in Soviet-era Georgia. In 1951, he graduated from Moscow’s Institute of Cinema, where he studied under Alexander Dovzhenko. However, he would later disown every film he made prior to his poetic international breakthrough, 1965’s Shadows of Forgotten Ancestors. Parajanov was imprisoned by the Soviet government at three different points for his homosexuality and his unwavering support of political dissidents; his lengthiest sentence in the mid-’70s set off international protests. He was not permitted to resume filmmaking until the mid-’80s, at which point he made his final two completed features, The Legend of Suram Fortress and Ashik Kerib. When Parajanov died of lung cancer in 1990 at the age of 66, a group of filmmakers that included Federico Fellini and Bernardo Bertolucci announced: “Cinema lost one of its magicians.”