At the Entrance of the Night a film by Anton Bialas. 2020, France, 19 min. A poetic triptych on migrant journeys and disappearance, from Morocco to Spain and Paris.

French director Anton Bialas’ most recent film is a requiem for disappearance, for the lost souls of those who were not buried. Its three-part structure resonantly and spiritually connects scenes and characters across Africa and Europe, with stark and beautiful GoPro-shot images whose drifting movements take on the qualities of trances or dreams. Suggesting poetic answers to absurd and catastrophic human realities, this short by an insightful, award-winning young filmmaker premiered at the 2020 Berlinale.

Bialas conceived the film’s structure to echo the triptych in religious painting, an archaic form that appealed to him for its ability to give a sacred dimension to mundane things and small situations. In the film’s first section, two Senegalese men walk through a forest by night in Morocco, speaking of dreams. Next, two Guardia Civil officers patrol along the dark Spanish coast in an unsettling atmosphere of death. In the final section, a young woman performs a burial in a Paris park, interring objects meant to accompany her disappeared loved one. 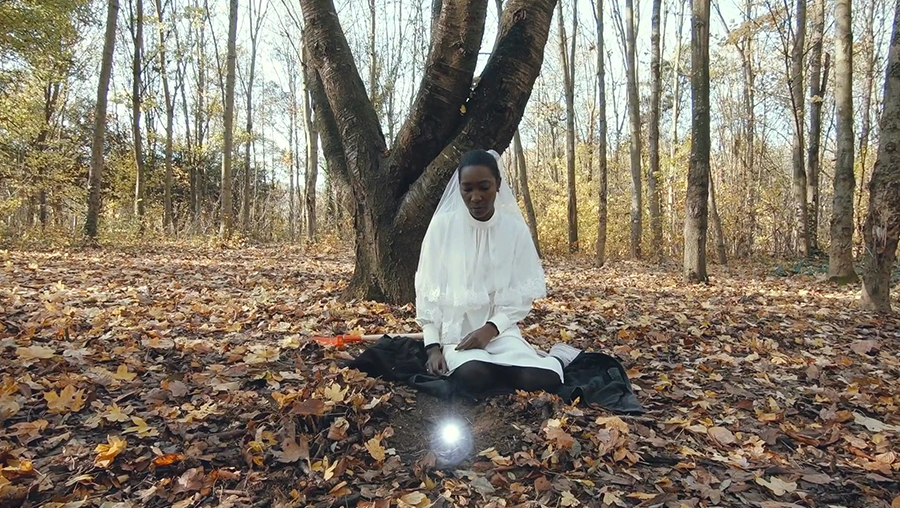 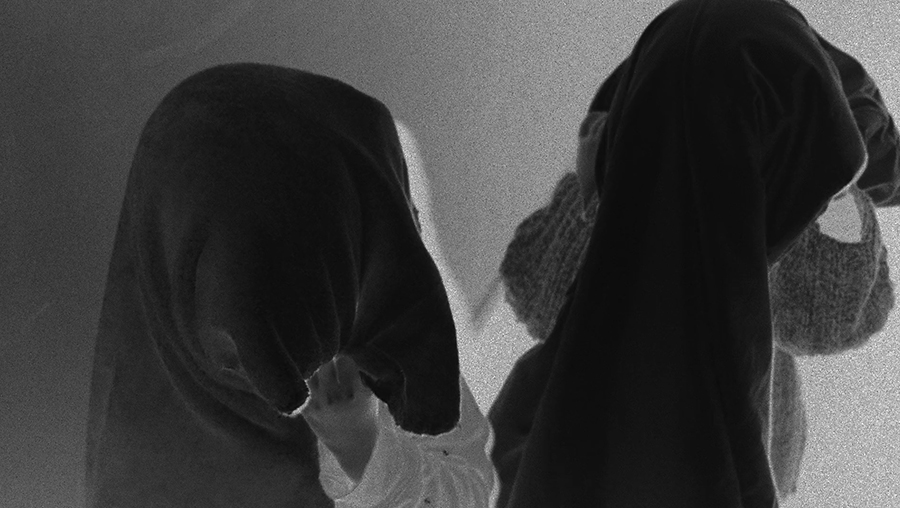 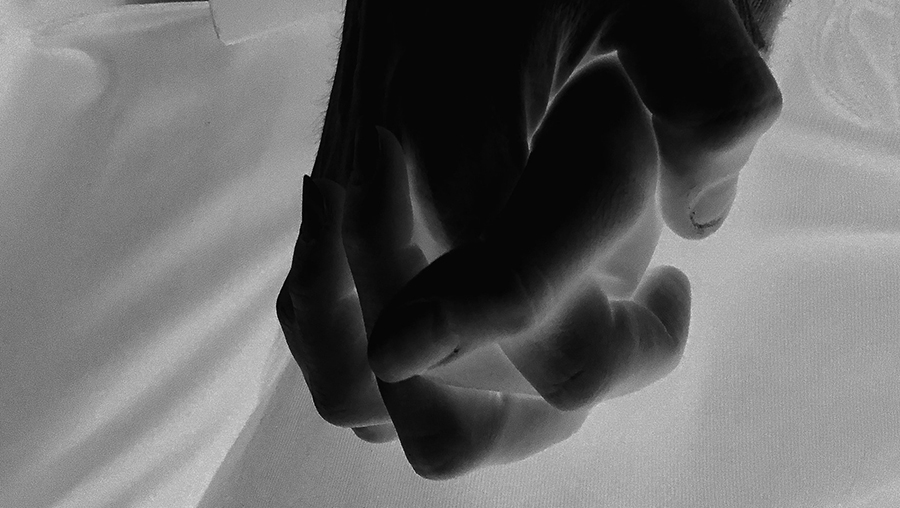 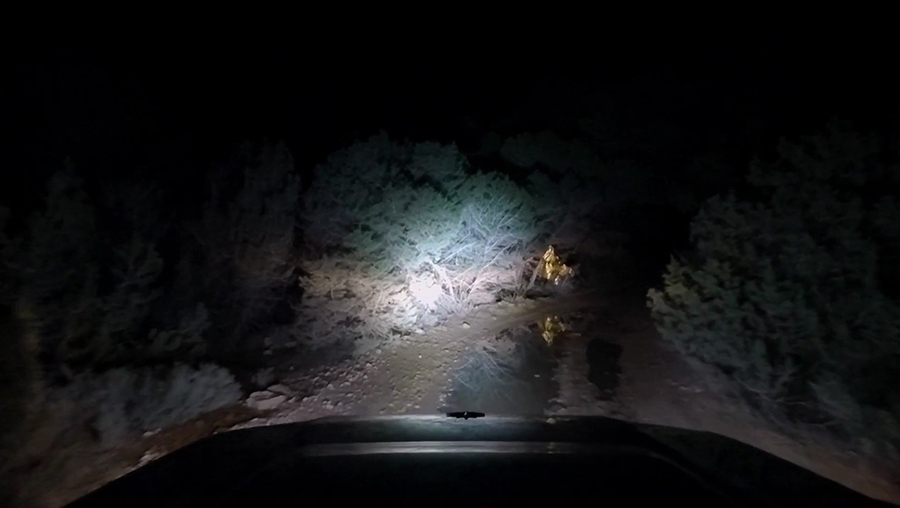 “From these three moments, I tried to compose the film as an altarpiece. Three situations, each traversed by the specter of disappearance and the border with the invisible. Like echoes in the forest.” ANTON BIALAS

Bialas connects these stories with symbols and richly sensorial visual motifs – as in the beams of light that first appear spotlighting the walking men, then transform into the headlamps of the patrol car, finally appearing as the young woman’s flashlight, turned to face the viewer. Still images in negative (most taken by Kamilya Kuspanova) appear throughout to link the segments, imagined “as the unconscious of the film, as a breath or murmur between the three tableaux.”

The project’s starting point was a chance encounter with Alioune Fall, a young man who grew up in Senegal and moved to Paris as a teenager. Bialas and Fall met frequently, often speaking of dreams, their interpretation in Senegal, and how these resonated with questions of exile, distance, and loss, and of invisibility, which would become a central theme of the film. Fall became the main speaker in the first section, and Bialas continued from there with a desire to build the short around and in collaboration with people he loved – a film “with” and not “on” its subjects, as he puts it.

Bialas was born in Paris in 1990 to a Swedish mother and a German father. He studied film at the Sorbonne in Paris and at NYU-Tisch in New York. His mid-length documentary Derrière nos yeux (2018), about three Parisian outsiders, won prizes at FID Marseille and Festival Côté Court. He is currently editing another medium-length film, a silent chamber piece inspired by “Russian nihilists” of the early 20th century, and set in Corrèze, France, in 2020.