Automatic a film by Emma Doxiadi. 2019, Greece, 9 min. An Instagram photo gone wrong in this suspenseful and comic short from Athens.

While apartment hunting in an unfamiliar Athens neighborhood, two chatty girlfriends accidentally take a picture of an automatic rifle – and plunge headlong into fear and suspicion. Starting with this simple scenario taken from an incident in her own life, young Greek filmmaker Emma Doxiadi quickly builds tension and humor toward an ending that defies audience expectations. Her short, an official selection of the 2019 New York Film Festival, screens now in its online premiere.

Confined to just two and a half shooting days, Doxiadi came up with an ingenious solution to get all the material she needed: she filmed almost entirely in wide, encompassing master shots, and then added digital pans and zooms in post-production. This unusual stylistic choice ended up perfectly complementing the film’s odd mix of satirical humor and suspense. It also gave her more freedom on set to focus on Romanna Lobach and Katerina Zisoudi’s compelling performances, and to carefully plan the short’s play with point-of-view. 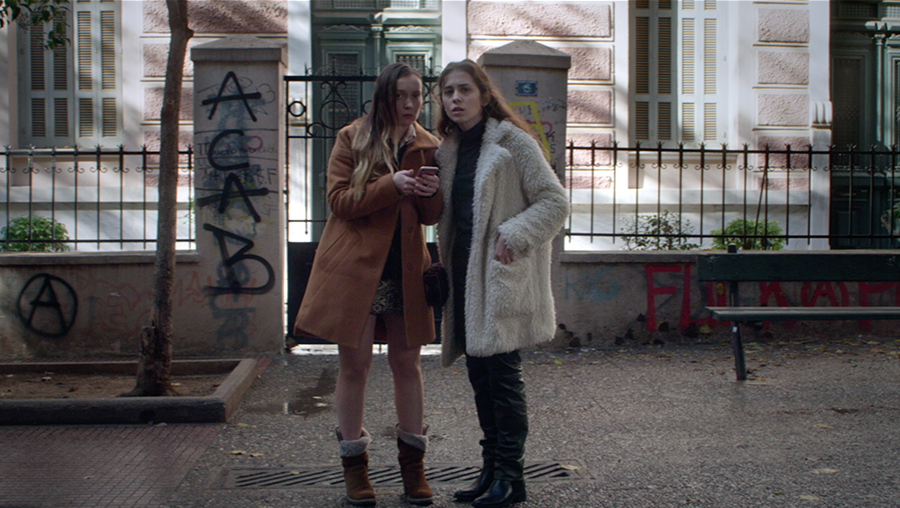 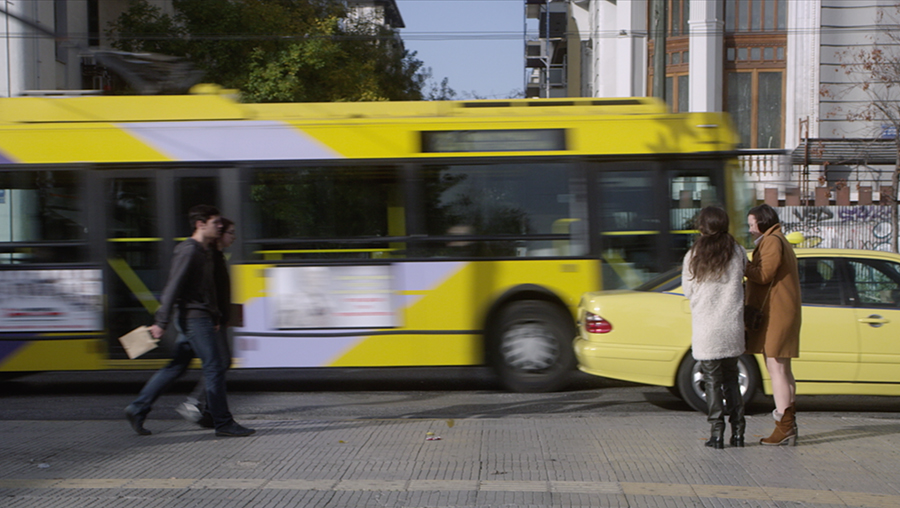 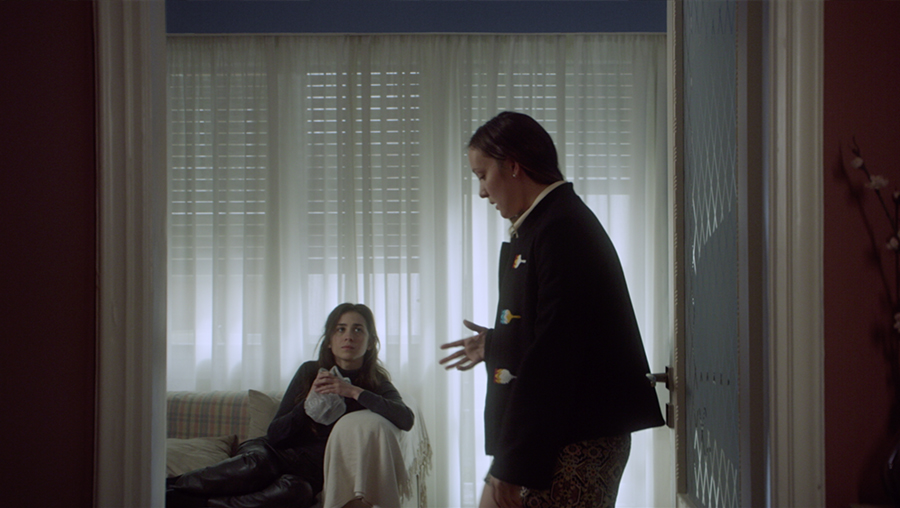 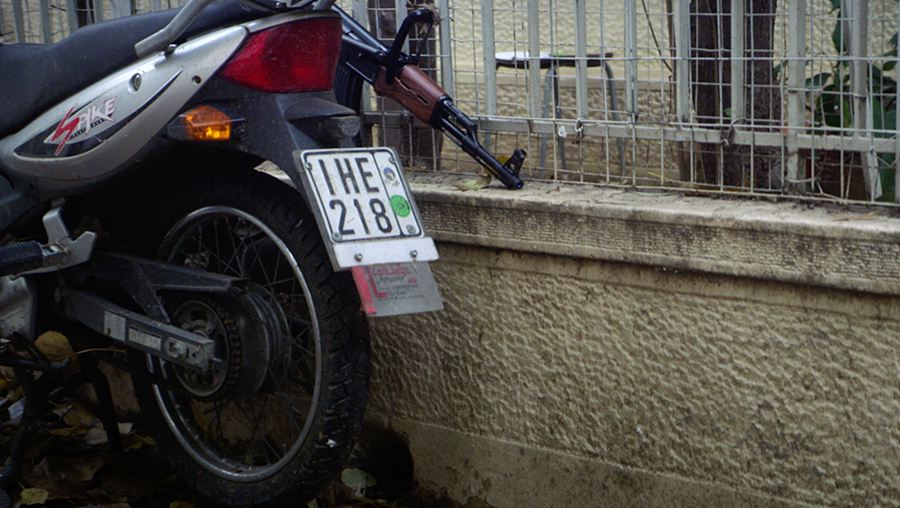 “The real-time nature of the narrative was everything. We had to stay with the two women as they navigate through their journey. The depiction of their psychological state doesn’t come from traditional drama, but from being able to ‘live’ with them in the moment-to-moment suspense of the situation they find themselves in.” EMMA DOXIADI

With its opening in a seemingly ordinary Athens courtyard and references to the paranoid climate in Greece during its ongoing refugee crisis, Doxiadi’s film at first recalls the subtle dread of Michael Haneke’s Caché (2005) – but her 20-something protagonists’ funny and convincing banter soon establishes its own fluid and surprising tone.

Of Greek and Australian origin, Doxiadi is a director, writer, producer and actress whose work has played at international festivals including the Berlinale, SXSW, and Tribeca. She is an alumna of the Sundance Institute’s Screenwriters Lab and Berlinale Talents program and a Grad Film candidate at NYU Tisch School of the Arts. She is about to shoot a new short film and is currently writing her first feature.