Babysitter a film by Todd Solondz. 1984, USA, 9 min. Dark humor and deadpan wit in this film school-era work from the great American satirist. 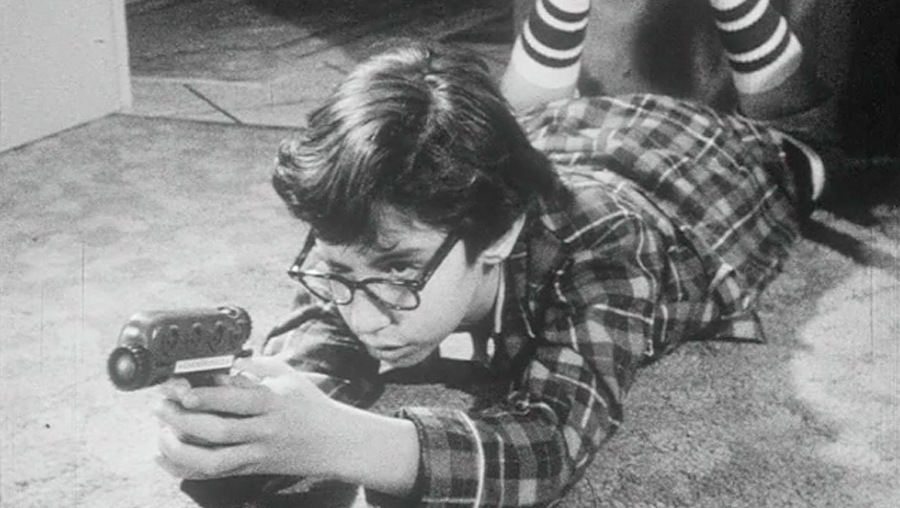 On the occasion of the American release of Todd Solondz’s latest comedy sensation, Weiner-Dog, Le Cinéma Club proudly presents an online premiere of one of his very first short films, Babysitter. This might be your only chance to discover this wonderful film, announcing the great Todd Solondz. Todd wrote and directed Babysitter in 1984, as a graduate film student at NYU’s Tisch School of the Arts. The assignment: to create a non-sync sound narrative film between 7-10 minutes with minimal dialogue. The story follows a young male protagonist as he recalls the babysitters of his youth.

In Babysitter we see a young filmmaker’s love of cinema, but we mostly see the birth of a new voice. Over the past four decades, Todd Solondz has made a name for himself as a social commentator and satirist, his dark humour and dead-pan wit crowning him as one of the most daring and unique American filmmakers. So take the Weiner-Dog log line with a pinch of salt: this film chronicles the life of a Dachshund as it travels around the country, spreading comfort and joy! Never one to bask in the sunshine of life, Todd finds much merriment in its unhappiness. As one headline put it: “Weiner-Dog will make you laugh at the utter pointlessness of your life.”

Picked up at Sundance by Amazon Studios, Weiner-Dog has a stellar cast including Greta Gerwig, Julie Delpy, Kieran Culkin, Zosia Mamet, Danny DeVito, Ellen Burstyn and Tracy Letts. When asked about his future plans Todd said only: “I’m hoping to make another feature sooner than later. It is set in Texas.” We’re hoping too!