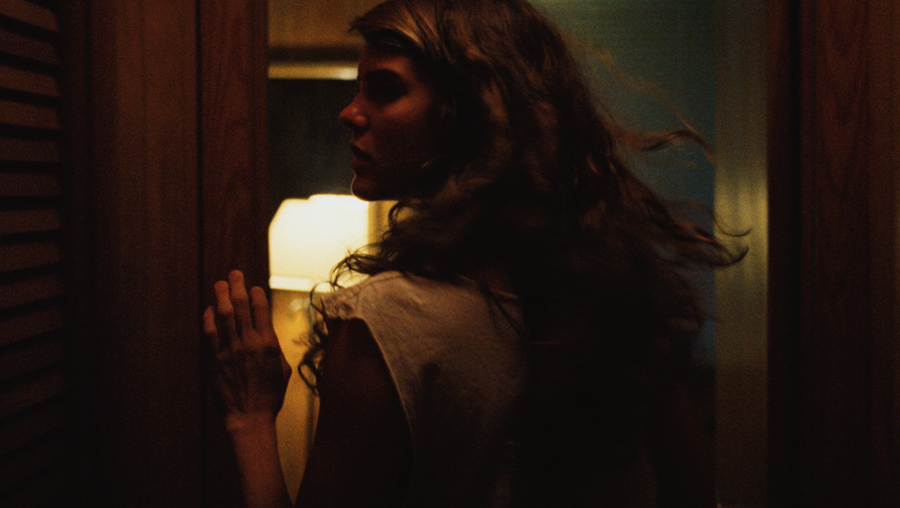 After showing new talent David Raboy’s first film The Giant, Le Cinéma Club presents his exciting new short, Beach Week. The film is another testimony to Raboy’s directing skills and vision and is again beautifully shot by his cinematographer and close collaborator Eric Yue. The story is set in Virginia Beach, where five college friends have rented a house for the week. When Laure goes missing, Natalie becomes terribly anxious and tries to find her friend. But ominous signs are in the air and something else might be at stake… The film contains many dreamy sequences, with camera movements inhabiting each scene like a ghostly presence that is both alien and familiar. With his use of voiceover and stunning visual composition, the director conjures a poignant atmosphere of feeling and emotion. More than a clear-cut narrative, Raboy conveys a sense of nostalgia, angst, vulnerability and magic that is carefully woven into the soundscape and images of his film. “All I want to do with movies is convey a feeling… to me that’s what they’re ultimately for (or my favorite ones at least). I do believe that cinema is the closest thing we have to communal dreaming — these places we’ve been to that don’t exist, these people we know and love but will never meet… and when the credits roll, you’re still buzzing from the experience of something that never happened.” DAVID RABOY

When Raboy was still in high school, him and his friends would rent a house on Virginia Beach for a week in the summer. One summer his band played at a festival there. The film originated from a desire to recreate the magic of these youthful escapades, but Raboy also wanted to express the nostalgia that can underlie feelings of freedom and joy, the anguish that comes from the sense of time passing and the idea that happy moments will forever be lost or forgotten. “I’ll never forget the feeling,” recalls the director, “of coming out of the water, looking back at the ocean under a clear, black sky, and all those stars, and just getting this feeling in my gut, even despite all the giddiness that attended that moment, of some inescapable, crushing dread. It stuck with me forever. So I decided that’s what the next film would be about: the feeling of looking back at the ocean that night all those years ago, and the longing for things I knew I could never get back.”

The film was shot in 5 days on an Arri Studio with some of the last 35 mm Fuji film ever made, which Raboy bought during a liquidation sale. The crew was composed of 17 people who lived in the house where the film was shot, even though it only had room for 8 — “which means our bedrooms were on the set, so we’d wake up after three hours of sleep, pack up our blow-up mattresses, dress the set, shoot all day, drink a bunch of beer and recreate the sleeping quarters out of thin air,” explains the young director. Beach Week was selected at the International Short Film Festival of Clermont-Ferrand and was awarded Best International Fiction at the 24th Curtas Vila Do Conde Film Festival in Porto. David Raboy is currently working on his first feature based on The Giant.