BLACK WAX a film by ROBERT MUGGE. 1983, USA, 79min. A free-flowing and fiery close-up on the legendary blues poet. SELECTED BY 4:3 | BOILER ROOM.

Black Wax jumps between a concert by Scott-Heron’s Midnight Band and the musician’s personal tour of Washington, D.C., where he lived and taught creative writing. Instead of relying on interviews, Mugge wanted Scott-Heron’s art, politics, and personal history to organically come to the surface. So Mugge found situations where Scott-Heron could improvise, giving the film the laid-back fluidity of a hangout movie. With a boombox on his shoulder, Scott-Heron riffs on the National Mall and guides Mugge through the largely Black neighborhoods that represented the “real D.C.” And since the Wax Museum Nightclub where they filmed had figures of former presidents backstage, Scott-Heron could playfully dedicate “Watergate Blues” to a Nixon replica. 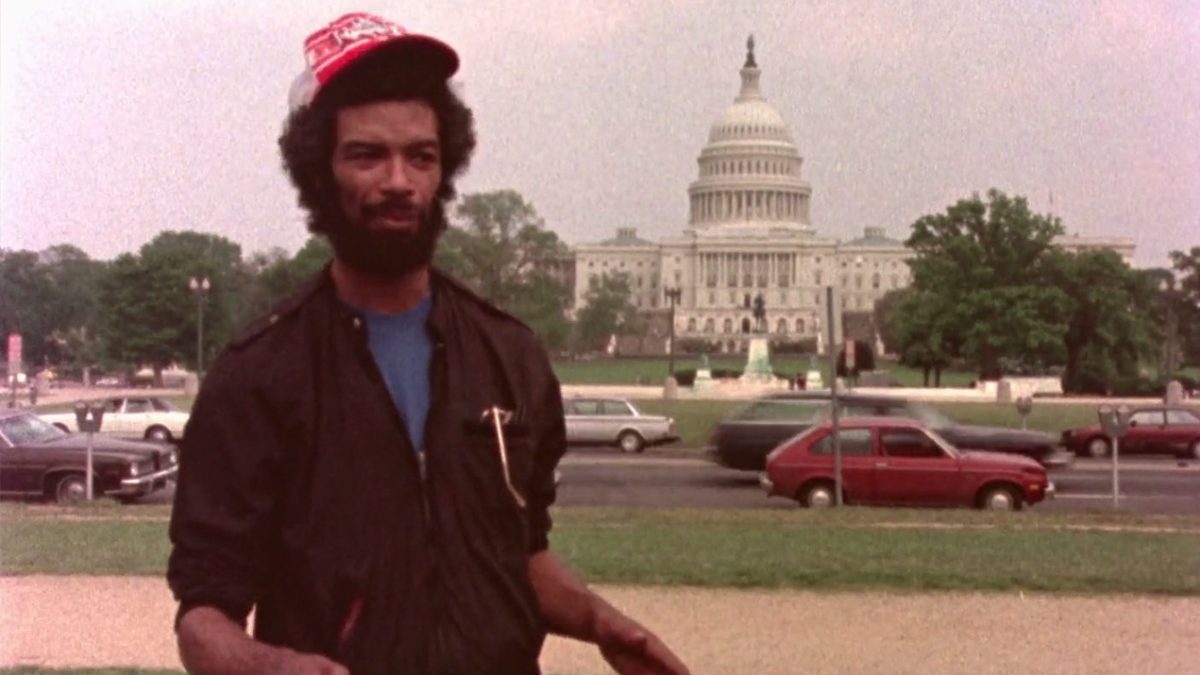 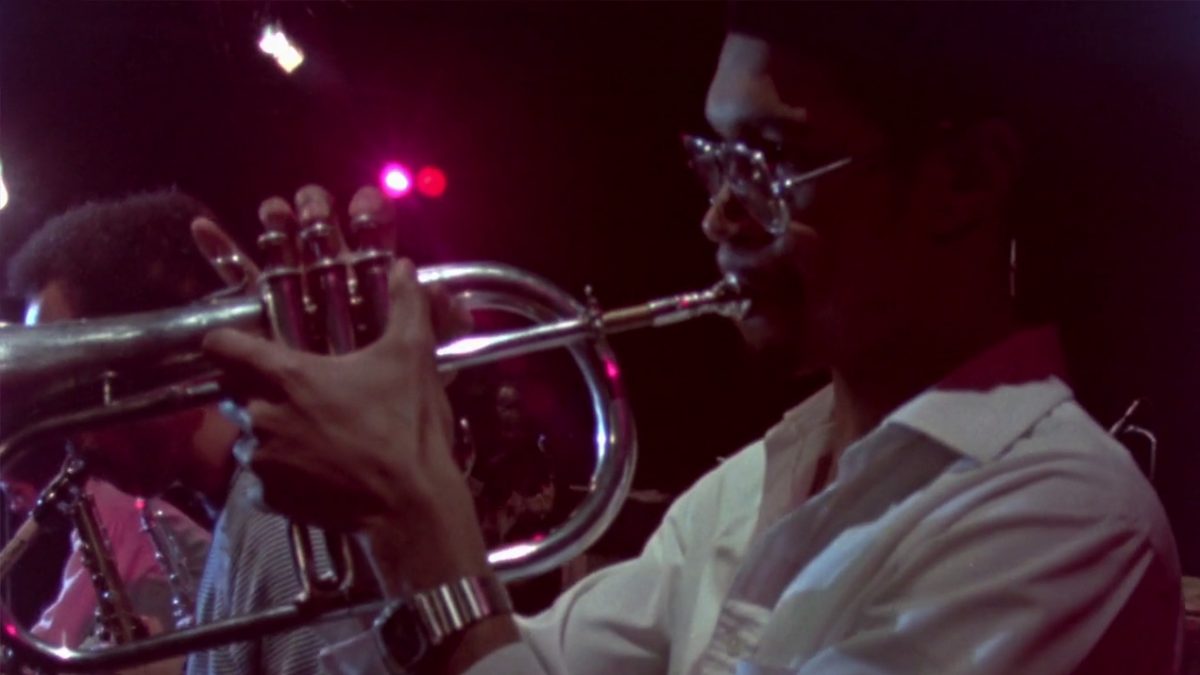 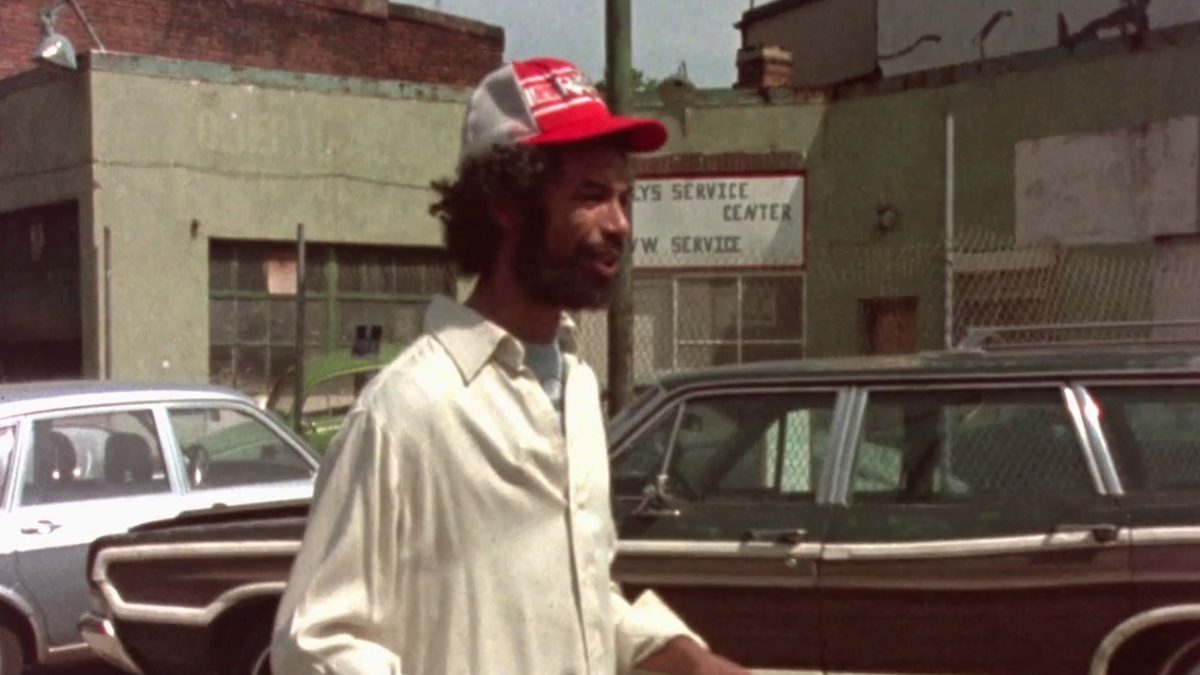 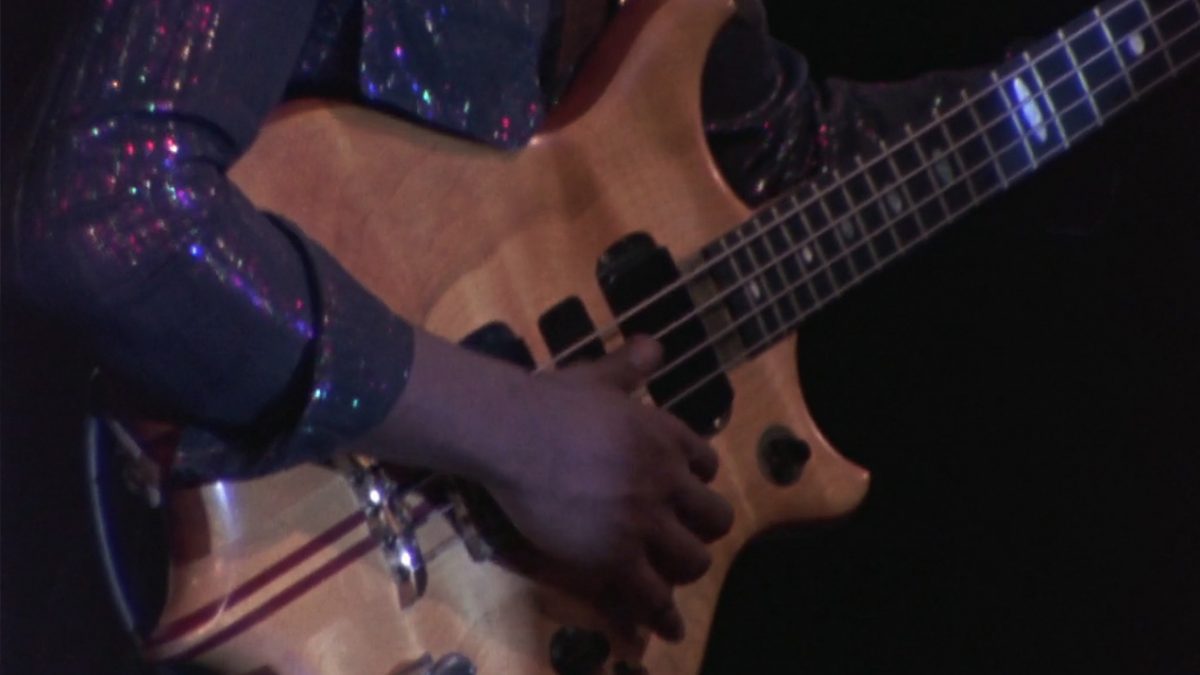 “In film school, there was always this debate: is it a political film if it meets certain stylistic criteria according to Marxist film theorists or Jean-Luc Godard this week, or is it a film which communicates with people? I wanted a straightforward, dignified approach that would be appropriate for what Gil was saying, but was also energetic, lively, and would keep an audience involved.” ROBERT MUGGE

Mugge thoughtfully shapes the film to spotlight Scott-Heron’s firebrand wit on and offstage. Since it already felt clichéd to splice footage of protests into political music videos, Mugge wanted to keep a trancelike focus on the band, roving across the stage between blazing solos. He films Scott-Heron in the same way, watching him captivate the audience between songs with the charisma of a stand-up comic. “My main job was to package Gil and his work,” Mugge remembered in a 1983 interview with NPR. “I think he could tell from the beginning that everything I was trying to do was in that spirit.”

Based in Muncie, Indiana, Mugge teaches film production at Ball State University, where he is an Endowed Chair in Telecommunications. Although he is best known for his music films—including films about Al Green, avant-garde composer George Crumb, and the zydeco scene in southwestern Louisiana—his filmography is varied, tackling subjects like Philadelphia mayor Frank Rizzo and, in 2020, ABC News correspondent Steve Bell. Mugge’s complete filmography is available to browse on his website.