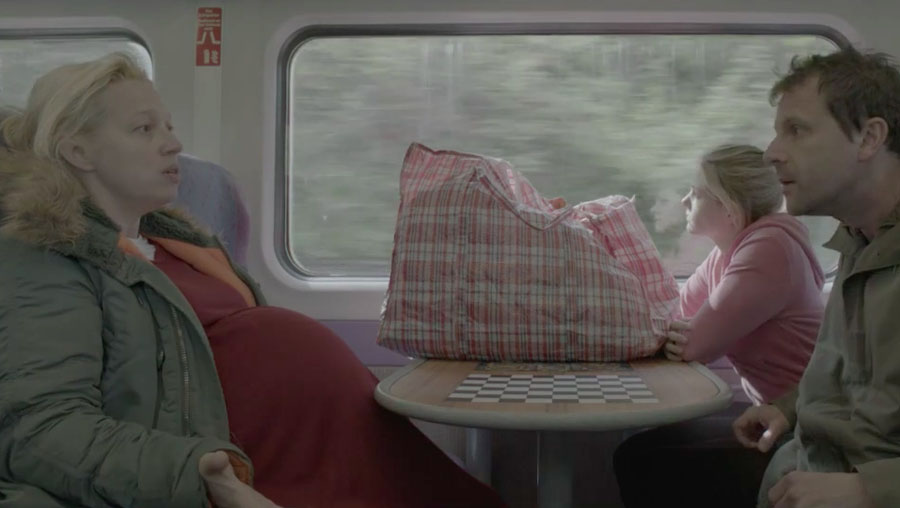 This week, we are introducing a short film by Francis Lee, the new British director whose debut feature God’s Own Country won Best Director in the World Cinema Competition this year in Sundance. Shot in one single take, with one camera position, Francis Lee’s 2013 short Bradford Halifax London portrays an emotionally charged train ride where a mother and father bicker loudly while their teenager daughter is mute with embarrassment. The film puts the viewer in the familiar position of an onlooker who can’t quite look away. “I wanted to experiment and push myself to see if I could make a film with only one camera position and no edits. I love “rules” or restrictions in work to push myself creatively. For example in my feature film God’s Own Country, each department had strict rules we worked to – the costumes could only be bought in shops the characters would actually have geographical access to, the camera could only be positioned in certain ways, etc.” FRANCIS LEE

Lee aimed to put the viewer in the disconcerting position of being a train passenger who can’t quite look away. “I think I wanted to push the idea of observing people. How uncomfortable this can be, how we “secretly” want to watch people and their behavior hoping not to be caught staring.” The filmmaker and actors shot only one take, and the authentic performances were the results of extensive rehearsals from a detailed script.

Francis Lee is a writer and director from Yorkshire in Northern England. He started his career as an actor, and wrote and directed three short films: The Farmer’s Wife (2012), this week’s short Bradford Halifax London (2013), and The Last Smallholder (2014). In his acclaimed debut feature God’s Own Country, the love story between a young farmer and a Romanian migrant worker unfolds in the harsh, breathtaking hills of rural Northern England. Francis Lee is currently working on his second feature, which he hopes to shoot next year.