Brothers a film by Robert Eggers. 2014, USA, 11 min. A few minutes in the woods reveal a talent for horror, in the short that preceded Sundance breakthrough The Witch. 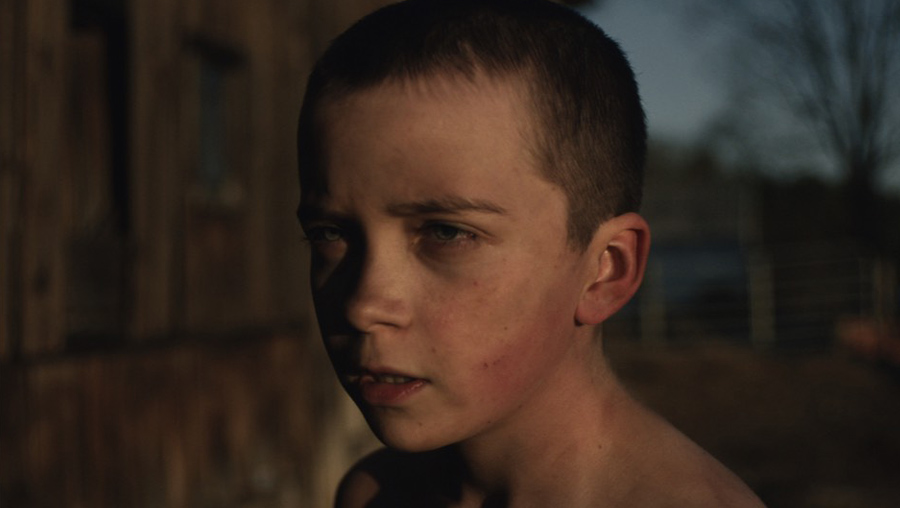 On the occasion of the French release of Robert Eggers’ breakthrough directorial debut The Witch, Le Cinéma Club is proud to present Brothers, the short film Eggers directed just before, which he made to help convince financiers about the feature film. One of our favorite films released this year, the film was a sensation among critics and at the American box office this past February when it was released by A24 in the United States. Eggers won the Directing Award at Sundance in 2015. Le Cinéma Club presents Brothers in collaboration with Memory, a Hollywood-based production company that collects great short films from new talents across the United States. And we are honored to feature an exclusive interview with Robert Eggers.

How did the idea of BROTHERS come to you, and in what context did you make it?

Brothers came about because I was having a hard time getting financing for The Witch. Among the various issues, it had been a long time since I had directed anything. Investors were asking for recent work. Additionally, my last short film was very stylized, with intentionally artificial performances (one of the leads was a puppet, for example). My producers, Jay Van Hoy and Lars Knudsen, suggested I make a short film that had naturalistic child performances and made the woods scary, to prove I could do it. That was my assignment. I decided I should add an animal, too. Ten minutes from the house I grew up in, there is a beautifully dilapidated dairy farm that has a great forest of white pines and hemlocks. I knew it would be a great setting for a film. I just needed a story.

I had heard the poet Gregory Orr speak around that same time. He is sort of a Northeastern Sam Shepard, and he told a story about accidentally killing his younger brother while hunting. That idea stayed with me. I used my own childhood memories of playing in the woods with my best friend and brothers – and my own nightmares about accidentally killing my brothers – to create this mid-century Cain and Abel story. It was written, cast and shot within two months.

Where did you shoot the film, and with what camera?

Jodi Redmond produced the film, and we had a crew from New York all come up to rural New Hampshire to shoot the film in 3 (long) days. It was a great and very small crew. No AD, much to everyone’s horror. The kids, of course, were local to the area, and Grandma, too. It was very much a “shot in the director’s back yard” kind of shoot with all the great things and horrible stresses that come with that. Jarin Blaschke, who shot The Witch, shot my previous short as well, and we had worked together on other people’s films with me as a designer. We used the Alexa with vintage lenses, which we also used for The Witch. This film, with less characters and a more claustrophobic feel, was shot in 1.33, with ever so slightly longer lenses than The Witch.

Do you consider this film to be a prelude to THE WITCH? Was it a way to prepare for shooting in the woods?

I wanted this to be a standalone film, but I had my assignment. Finally, I think it proved even more important for me personally than for the potential investors. I felt confident that I could make The Witch after this experience.

All through my childhood I either wanted to be a painter, a director, or a musician. It always alternated between those three. I think seeing From Star Wars To Jedi: The Making Of A Saga, really got the idea of directing as “a thing” into my head. To be honest, like most Americans my age, Spielberg, Lucas, and Disney made me want to do this work – though Tim Burton was my favorite. Certainly, as I grew up, directors like Bergman, Dreyer, Kubrick and Ken Loach changed my taste.

Your two shorts and first feature are filled with suspense, and show a refreshing and unique take on the horror film — what is your relationship to the genre? What is it that draws you to these kinds of stories?

I don’t know. Ask my psychiatrist. I am attracted to the dark, it’s true. Ghost stories, fairytales, religion, myth, the occult… I’ve always liked it. Certainly, in story telling, you need tension to keep the story alive. With myth you generally have extreme drama, and with horror/suspense you have extreme anxiety. Those help with sustaining tension.

What are you working on at the moment?