BUYER WALKER ROVER (YIWU) AKA. THERE THEN a film by AMALIA ULMAN. 2019, China, 15 min. A selfie-stick odyssey to a Chinese trade capital evokes the shapeshifting moods of travel.

Ulman plays Ana, an English philology major who’s originally from Spain. Every few months, she travels to the Chinese city of Yiwu, known for its wholesale markets, to purchase cheap goods for her husband’s dollar store in Guatemala. While there, she finds herself perpetually in transit—carrying the camera on a selfie stick through airports, trains, and shopping centers—only coming to a stop in her hotel room, where she speaks on the phone with an old friend in Spain. To emulate Ana’s information overload, Ulman playfully scrambles the timeline and packs the frames with 12 languages of bright yellow and blue subtitles. 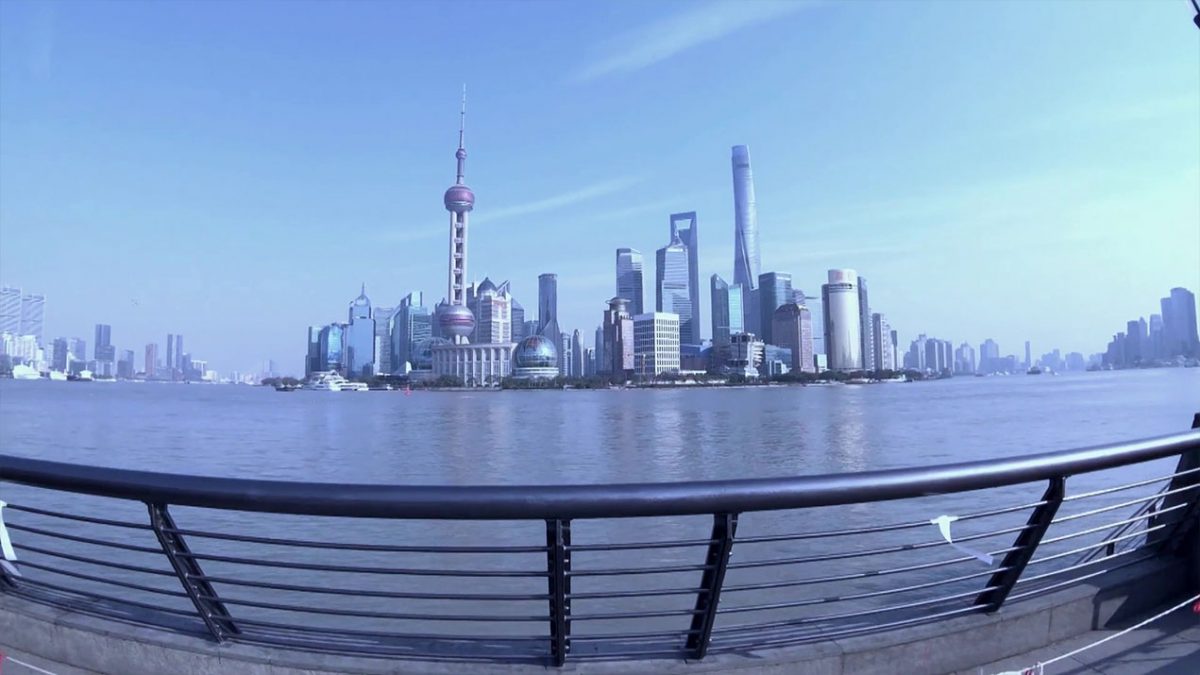 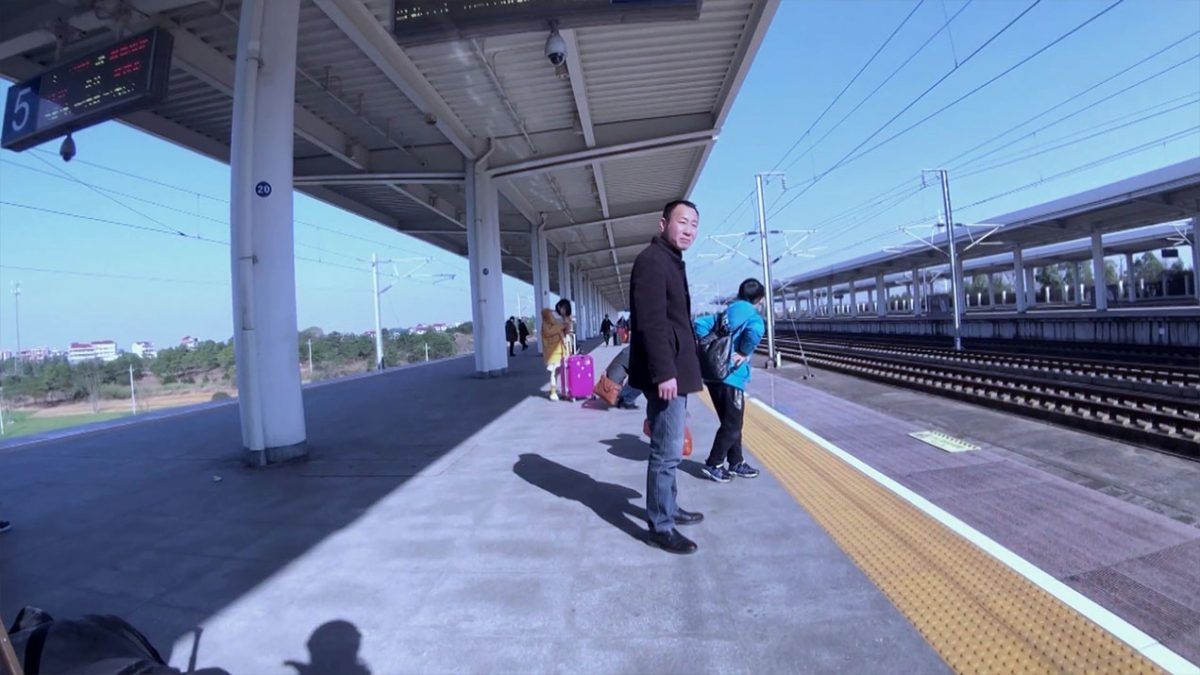 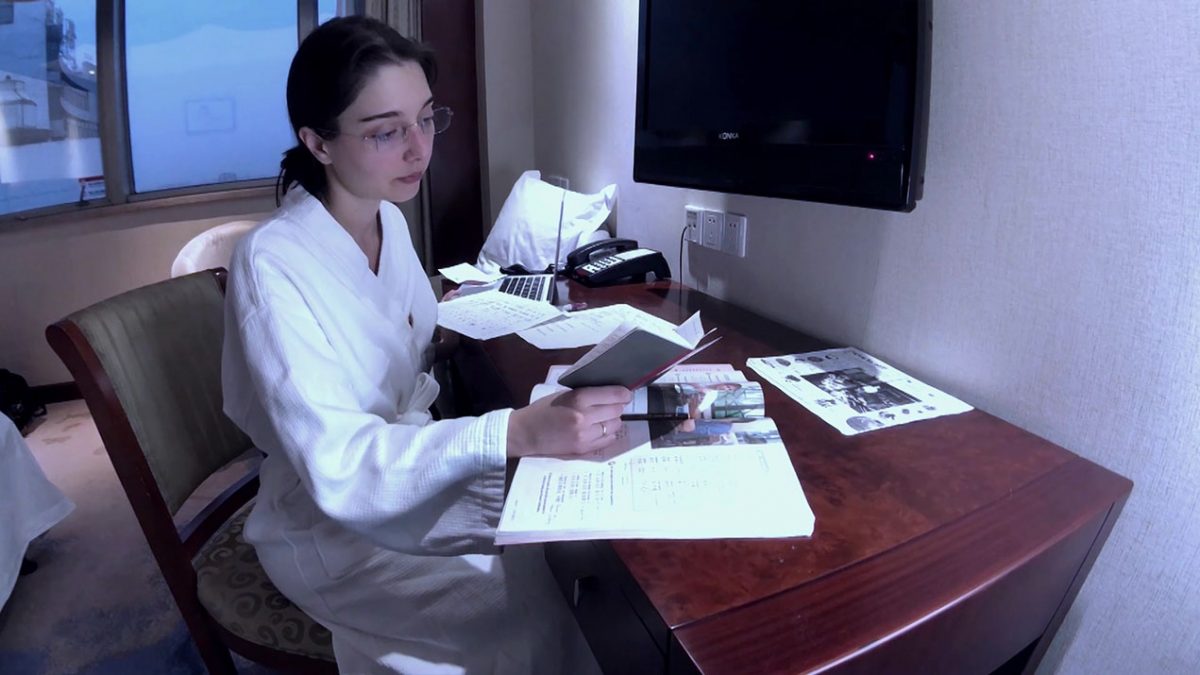 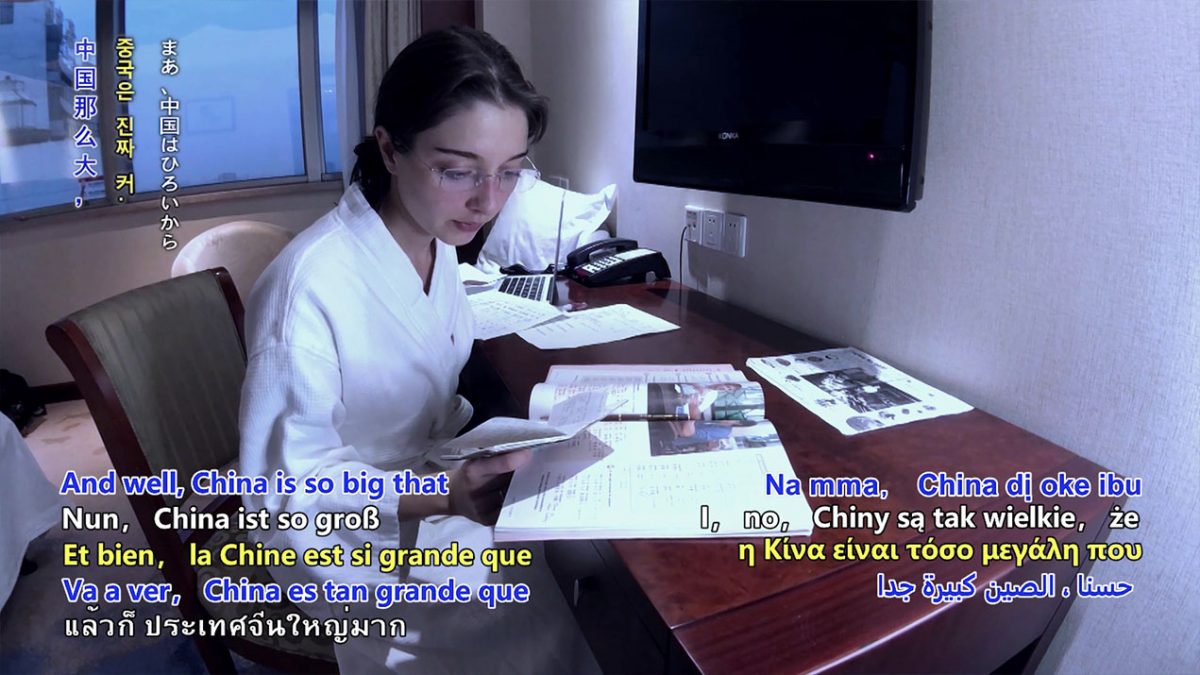 “A big part of my work is about that: taking something bland that people can’t even see anymore, putting it under a different light, and looking at it from a different perspective. Growing up as an immigrant, my ‘normal’ wasn’t other people’s ‘normal.’ I always had an outsider’s point of view.” AMALIA ULMAN

With a careful, humorous eye for detail, Ulman uses contemporary textures to amplify her characters’ emotions. From her earliest Skype lectures (including the piece that inspired Buyer Walker Rover (Yiwu)) to El Planeta, Ulman zeroes in on uncanny aspects of international exports—here, Ana notices Chinese rebranding of the same olives she ate in Spain, which makes the idea of traveling “somewhere else” oddly elusive. In spite of this, Ulman’s characters cling to their resourcefulness, curiosity, and sense of the absurd: a defense against a numbing haze of globalization.

Raised in Spain and based in New York, Ulman is well-known for her Instagram performance pieces, most notably 2014’s Excellences and Perfections, in which she assumed the lifestyle of a latté art-snapping influencer, complete with a staged makeover. Her video art and installations—including 2016’s Privilege, a multimedia performance set in a nondescript office space—have been exhibited at the New Museum, the Tate Modern, and the Berlin Biennale, among others cited on her website.