Hogg kindly sent this statement about the film:

Caprice was created 35 years ago…so it’s a little strange to present a film I made so long ago. Yet I hold a deep affection for my film-school graduation project, which represented a kind of rebirth for me personally. It was the culmination of so many ideas, dreams, and anxieties I had in my mid-twenties. My influences ranged from Godard’s 2 or 3 Things I Know About Her, to Charles Vidor’s Cover Girl, to Fellini’s The White Sheik, to Tex Avery cartoons, to Scorsese’s The King of Comedy. I had such passion and belief in this story, which I felt at the time was an absolute necessity to express. At the center of it: the pressures on a young woman from advertising to behave and look a certain way. I wanted to embrace the contradiction I felt as a young woman who loved fashion magazines but also understood the dark side of what they represented to someone wanting desperately to be accepted. 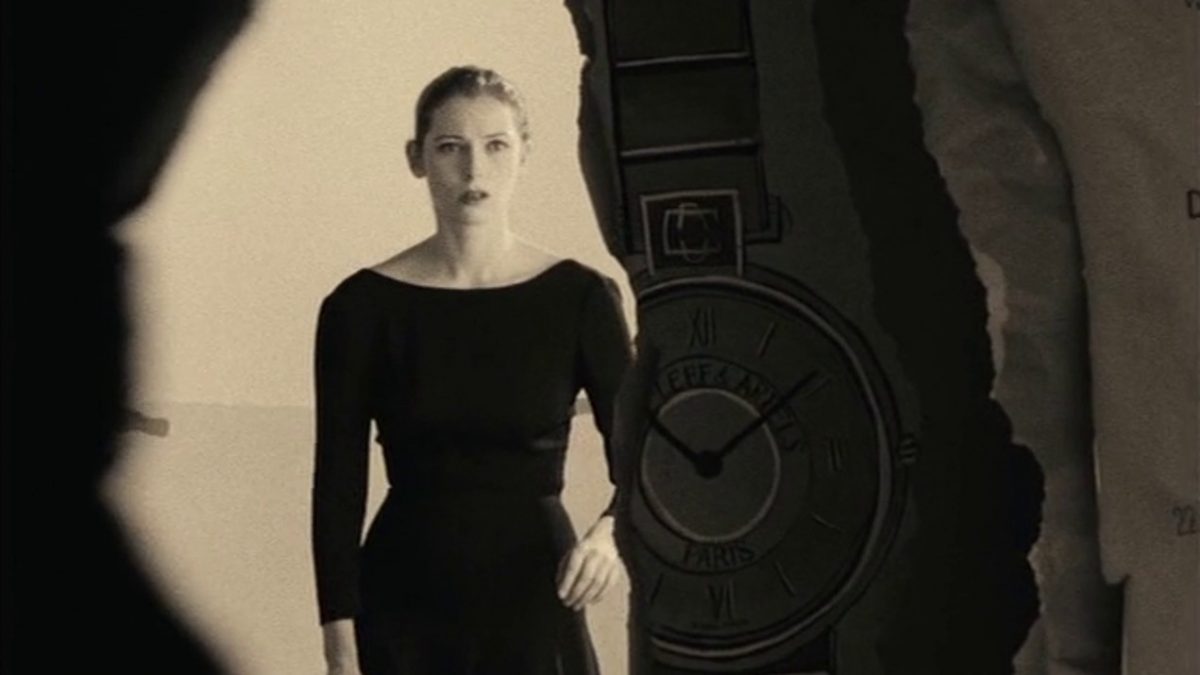 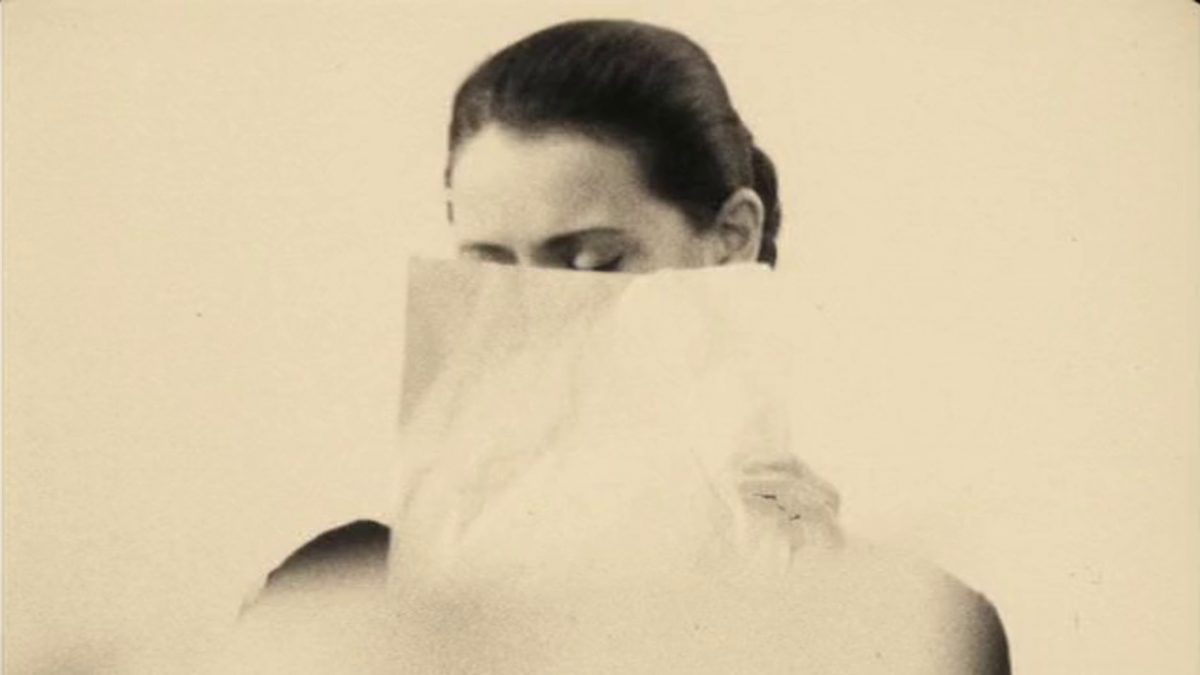 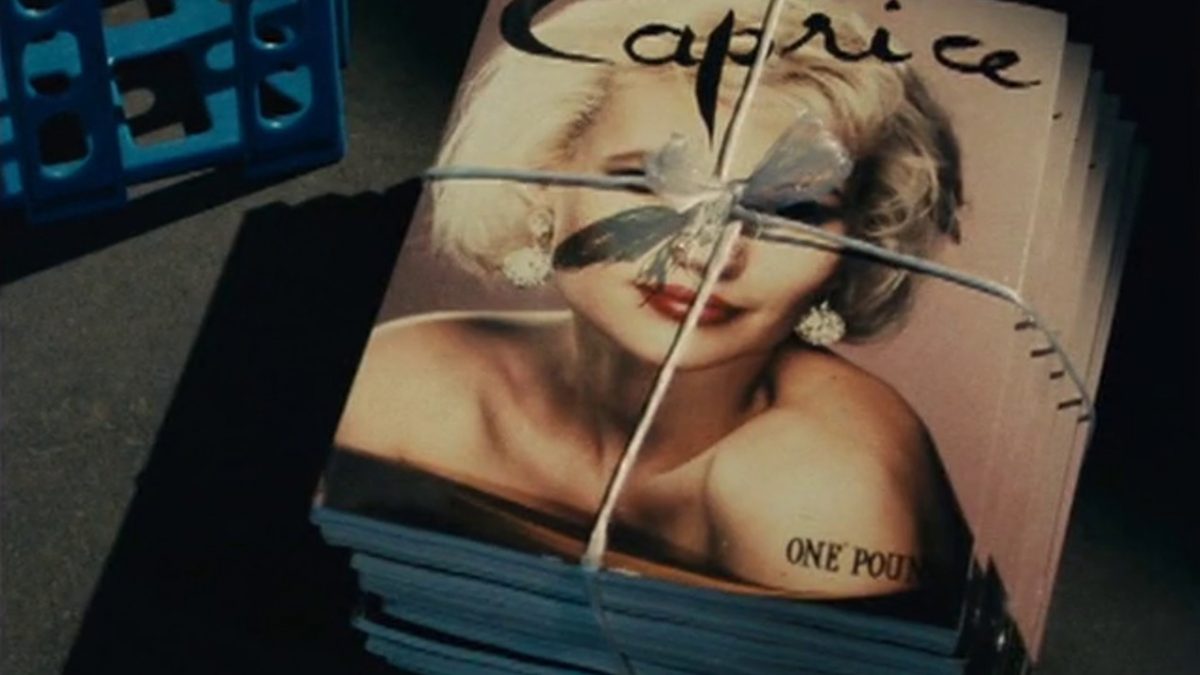 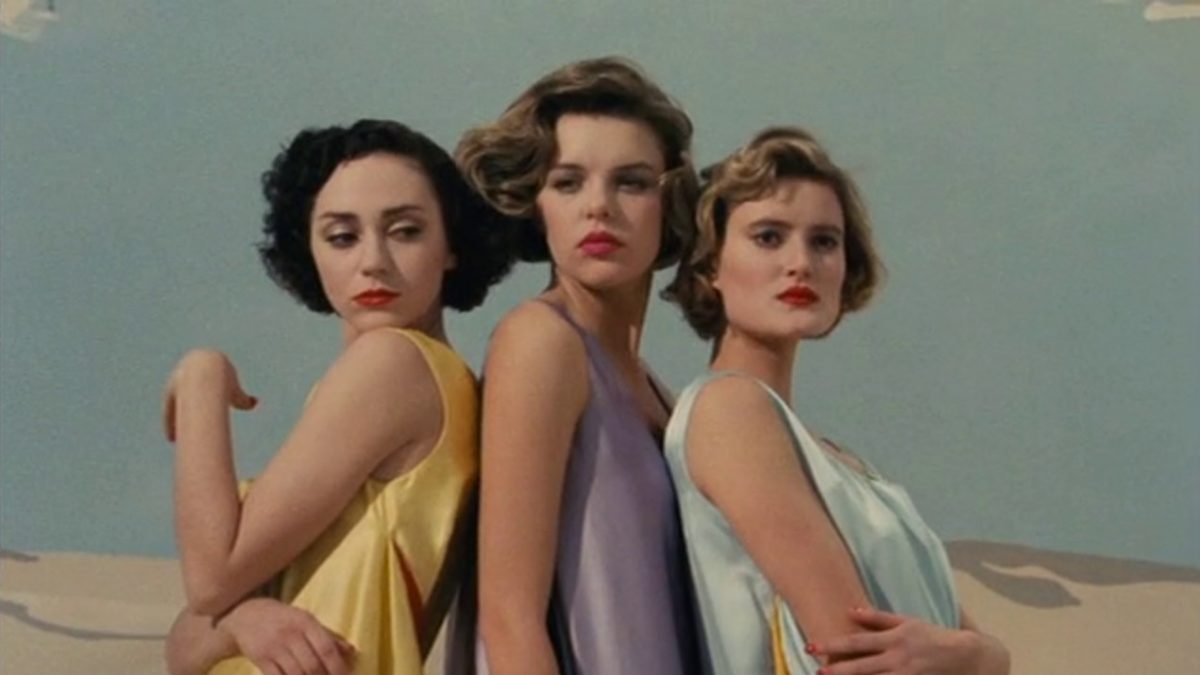 Caprice is an early collaboration between Hogg and Tilda Swinton, who appears in The Souvenir alongside her daughter (and Hogg’s goddaughter), Honor Swinton Byrne. Per AnOther Magazine, Hogg and Swinton first bonded as students at a “mutually loathed” private school and reconnected while Hogg was attending the National Film and Television School. In Caprice, Swinton plays the earnest Lucky, who is magically drawn into the pages of her favorite fashion magazine. As she moves through the different spreads like Dorothy in Oz—a Technicolor makeover montage, a New Wave dance number—Lucky is asked to define herself outside of the images of models she’s been sold.

Fusing the mod choreography of Chantal Akerman’s Golden Eighties with the splendorous set pieces of Powell and Pressburger, Caprice bursts with youthful energy; Hogg recalled the influence of Jean-Luc Godard’s 2 or 3 Things I Know About Her, which “emboldened [her] to be playful but also talk about something serious.” If Caprice’s whimsical mood stands apart from Hogg’s muted features, her work is unified by her conviction in her own voice, here coming into its own (like Lucky’s). Although The Souvenir includes an homage to Caprice, Hogg told the Criterion Current that she prefers her films to “tread lightly” over her memories: “I don’t like to judge my characters; I like them to just be.”

Initially a photographer, Hogg began making films in the mid-’80s after a chance meeting with Derek Jarman; an important mentor, he even gave Hogg her first Super-8 camera. After mainly directing television in the ’90s, Hogg has made several deeply perceptive films about the British bourgeoisie, including the Tuscany-set Unrelated, Archipelago, and Exhibition. She also co-founded the A Nos Amours film collective, which organized the 2017 Chantal Akerman NOW exhibition. She’s currently editing a ghost story set in a sleepy hotel, The Eternal Daughter, which reunites her with Swinton.