Chaval a film by Mario Ruspoli. 1971, France, 16 min. A wry, tender portrait by one secret filmmaker of another. 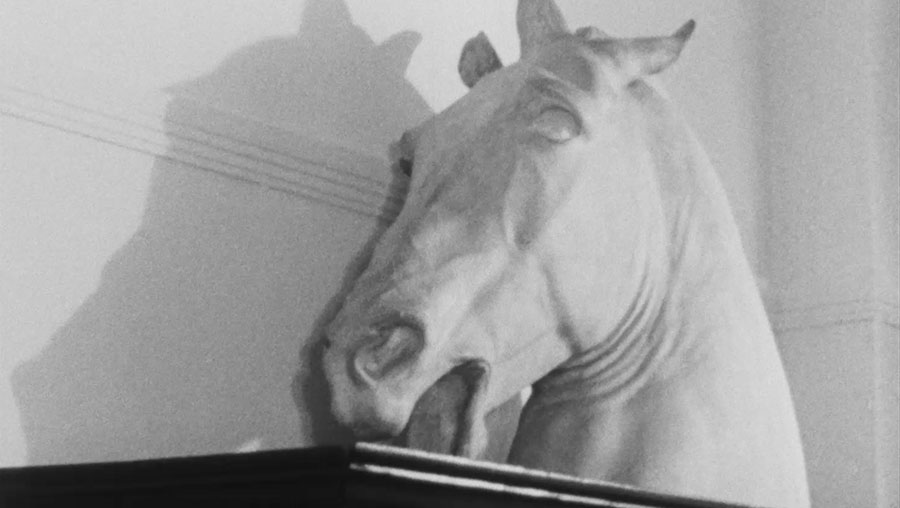 This week, Le Cinéma Club investigates the work of two filmmakers and friends: Mario Ruspoli and Chaval. Ruspoli’s insatiable curiosity trained his camera on everything and everyone from cave paintings and mental institutions to fisherman and jazz musicians, and his largely unheralded work forms a secret history of documentary in parallel to (and often close collaboration with) figures like Chris Marker, Jean Rouch and Michel Brault. One of his most delightful films, the sardonic and affectionate 1971 short Chaval, takes as its subject the French cartoonist well-known in his time for the mordant and merciless humor of his drawings, filled with the pratfalls of foolish men and the oversized beaks of strange birds. However, Chaval had a semi-secret second life as a tireless amateur filmmaker, shooting shorts constantly, for his friends’ enjoyment or even just his own. Ruspoli’s short, screening now in as an online premiere and in a new restoration, is a remarkable revelation of this hidden side of his friend, and of what both men shared – their laughter, attentiveness and insight.

We show Chaval in anticipation of the December 6th-9th series on Ruspoli’s work at New York’s Metrograph theater. Packed with long-lost treasures, new restorations and English-language premieres, it includes his winsome collaboration with Chris Marker, Three Cheers for the Whale (1972), his second, darker film about Chaval, Le Chavalanthrope (1972), and the U.S. premiere of Florence Dauman’s portrait Mario Ruspoli: Prince of the Whales and Other Rarities (2011), with Dauman in person. Jake Perlin of the Metrograph, who organized the retrospective which will travel the US in 2019, says:

“So many roads of my early cinephilia led to Argos Films and Anatole Dauman. The “hibou” of the Argos logo became a patron creature of French cinema, appearing before work by Rouch, Resnais, Godard, Bresson and Marker and one of the earliest Varda films, Du côté de la côte (one of the most beautiful color films ever made). That led to Borowcyzk, Baratier, Ivens, Labarthe and Comolli. But who was this Mario Ruspoli, whose name appeared with Marker’s on Vive la baleine? Thankfully Florence Dauman, keeper of the Argos flame, was ready to provide Ruspoli’s films, many in new restorations, and with the help of Craig Keller, create new translations for the first time in English. Florence herself has also made a loving portrait to her dear friend Ruspoli, Mario Ruspoli: Prince of the Whales and Other Rarities, which is part of the retrospective, and the crucial document of what will certainly be the belated US recognition of one of the greatest figures of cinéma-verité and essay films, the Prince, Mario Ruspoli.” JAKE PERLIN

When Ruspoli made Chaval, his friend had already passed away a few years before, so he worked entirely from found material: footage of the man at work or recordings of his voice, his drawings (expertly edited into sequences), and Chaval’s own astounding short films, both live-action and animated, and often shown in their entirety. The perceptive narration was written by another cartoonist, Georges Wolinski, a victim in 2015 of the tragic shootings at the Charlie Hebdo offices. There is something of a eulogy about the film – it ends in a cathedral, one populated by Chaval’s beloved bird-men – but even more, the tenderness and complicity of a shared joke.

Mario Ruspoli was born in Rome in 1925, and worked and filmed around the world from his base in Paris. His innumerable interests included gastronomy, etymology, pataphysics and amending Catholic law to allow motorcycles into churches. His work as a director encompassed shorts, features and series on a multitude of subjects, many of them under the aegis of Argos Films, the legendary production company with which Anatole Dauman supported Bresson, Godard, Varda and Resnais. Ruspoli died in 1986, shortly after completing a massive project to film, photograph and write about the cave paintings of Lascaux.