Ciao Lola a film by Oscar Boyson. 2016, USA, 6 min. Contemporary screwball comedy on the streets of Venice as a romantic getaway goes awry. 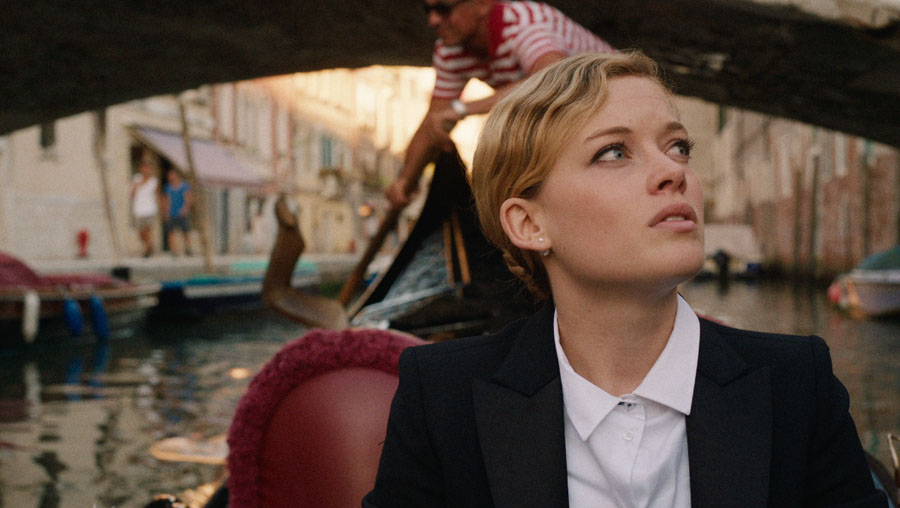 To lovers! Le Cinéma Club is presenting a romantic comedy directed by Oscar Boyson. In Ciao Lola, Peter joins his girlfriend Lola in Venice, but the romantic get-together turns into a chase as Peter tries to keep up with Lola, who clearly has adjusted too well to the city. The filmmaker was looking to create a short that harkened back to the genre of screwball comedies while capturing a city he loves. Oscar Boyson co-wrote the script with Ben Collins — imagining the story of an American actress working in Venice who becomes very comfortable in the city, which makes her American boyfriend feel rather out of place when he comes to visit. The filmmaker, who had previously shot in the city, explains: “It’s one of those cities where every corner that you turn, there’s something different.”

Oscar offered the parts to the actors Jane Levy and Thomas McDonell, a real-life couple. The authentic chemistry of the two actors worked beautifully in the film. Boyson also wanted to revive a kind of spatial and physical comedy that he feels “we rarely see anymore,” and in which “the camera moves and blocking is deliberate to maximize the comedy.” He imagined the actress as a Katherine Hepburn type of character, wearing a bow-tie – which led to the central joke of the short.

“If you have a small crew, know the city and plan it out right, it can be very cheap to shoot in one of the most expensive sets in the world.” OSCAR BOYSON

Oscar Boyson is a director and producer based in New York City, whose other short Done Dirty we presented last year. His credits as a producer include Josh and Benny Safdie’s Heaven Knows What (2015), Noah Baumbach’s Mistress America (2015) and Frances Ha (2012), and The Neistat Brothers television series. He has also written and directed a number of short videos and documentaries, some of which he calls pop video essays.

Boyson has made two great fashion films for the brand Sleepy Jones that take place in Italy and have a similar playfulness: One Morning in Italy and L’Isola di Sleepy Jones. “I grew up in Maine which is “vacation-land” and there’s something comfortable to me about celebrating these touristy destinations and finding their little fantasies, while acknowledging that I’m an outsider.” He is currently finishing post-production as a producer on Josh and Benny Safdie’s upcoming film Good Time and has started developing a documentary series expanding his most recent short documentary The Future of Cities.

The film was produced by M2M, a platform that curates and streams a great collection of fashion film and documentaries.