Hertzler regroups with five of her old high school classmates in Crestone, CO, where they have adopted a fringe lifestyle far away from the distractions of everyday life. She finds the group of idealistic rappers splayed out on couches, rehearsing verses while getting neck tattoos, and foraging for food between recording sessions. Fascinated that her friends were so devoted to their art and music that “they’d quarantined themselves in a small desert town,” Hertzler’s documentary pieces together a peculiar, but no less affectionate tribute to a ragtag assemblage of artists with big dreams. 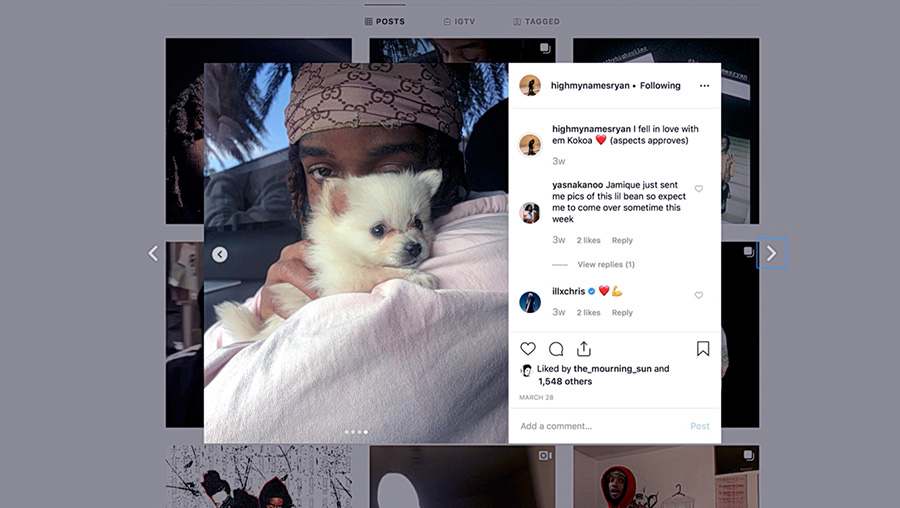 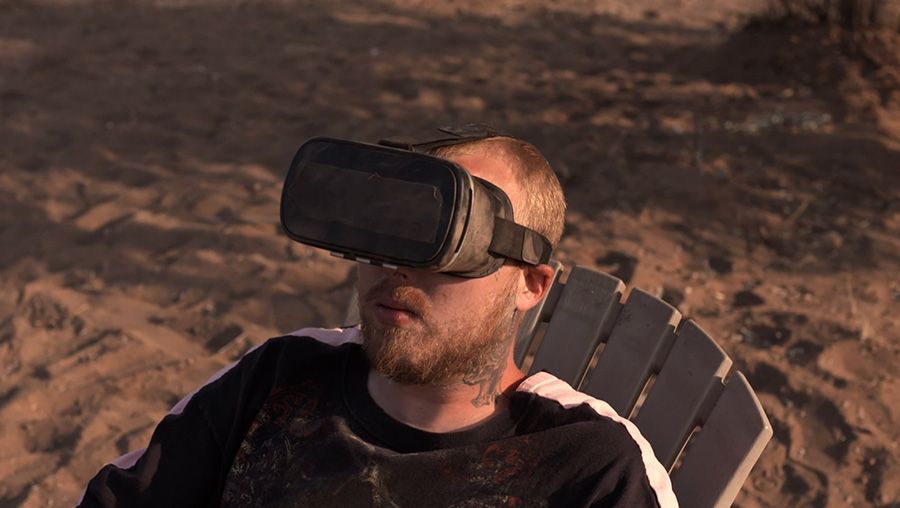 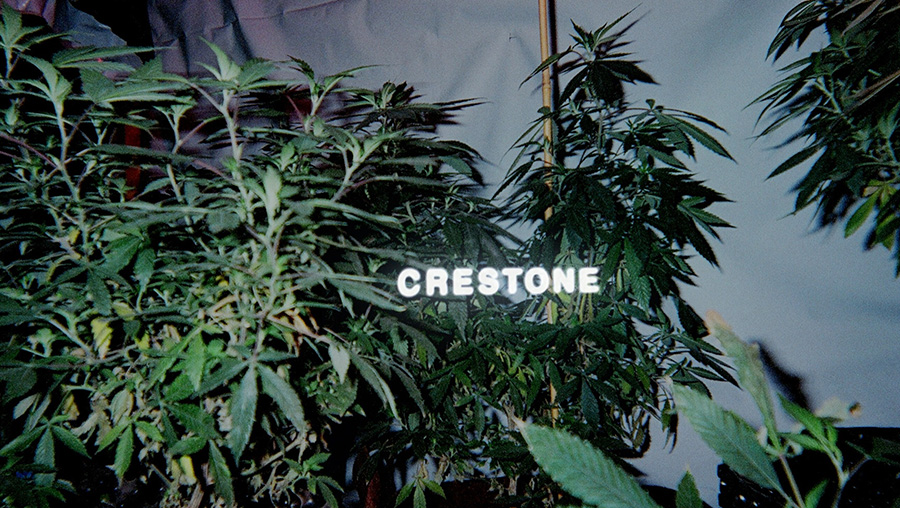 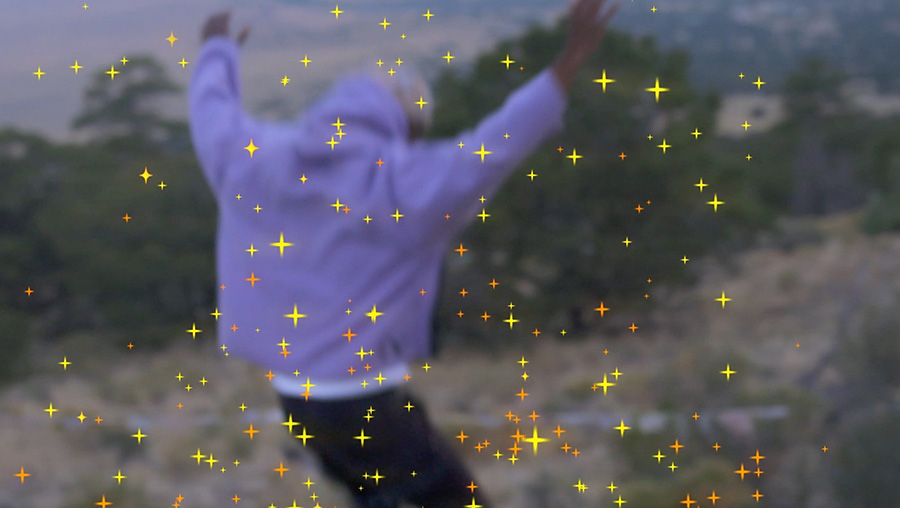 “The film plays with fact and fiction as a mirror to our lives on social media, where performing and being become indistinguishable. Both reality and friendship are fragile, and I wanted to lean into that fragility.” MARNIE ELLEN HERTZLER

The interplay between people and technology unfurls onscreen, as DeadGod’s members are caught between performing for the Internet, Hertzler’s camera and themselves in a prismatic personality shuffle. Hertzler notes that in Crestone, “humans replicated technology,” with the young musicians building their art-rap mythologies through goofy Instagram videos and charmingly amateur lyricism that keeps them visible online despite their isolated lodgings.

Sculptor-turned-filmmaker Marnie Ellen Hertzler’s work often investigates the absurdity of internet interactions, from spam emails to online dating. Hertzler’s films have played at Locarno International Film Festival and IFFRotterdam, and in 2018 she was named one of Filmmaker Magazine’s 25 New Faces of Independent Film. Her filmography is available to browse on her website and a limited edition blu-ray of Crestone was released last year by Vinegar Syndrome. Hertzler is currently working on Eternity One, a feature documentary about a disappearing community on a sinking island off the coast of Virginia.