Quartet for the End of Time a film by Alfonso Cuarón. 1983, Mexico, 23 min. A young wanderer roams inner and outer worlds in the revelatory thesis film by the director of Roma. 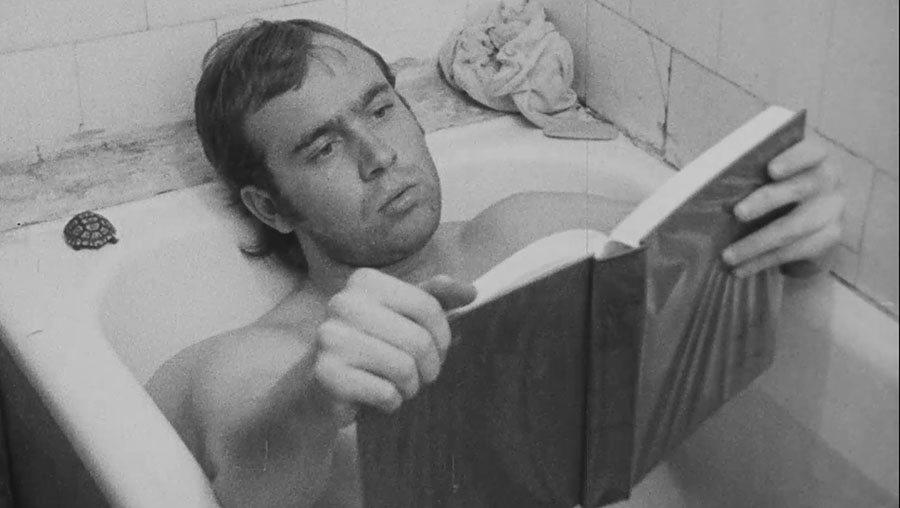 This week, Le Cinéma Club presents Quartet for the End of Time, a 1983 short by the great Alfonso Cuarón. Made when the director of Gravity and Children of Men was just 22 and still enrolled in film school at the Centro Universitario de Estudios Cinematográficos of UNAM in Mexico City, this is an intriguing, exploratory early work, studded with expressive flourishes and telling glimpses of the marvels to come. We’re very happy to be screening the film in a new transfer from UNAM’s archives on the occasion of Cuarón’s return to Mexico and to black-and-white with Roma, his monumentally intimate new drama now in theaters and streaming on Netflix. Quartet for the End of Time is the story of a loner, a young man who – whether in his Mexico City apartment or aimlessly wandering the streets – can’t seem to find his footing in the world. Like the works of art it references (Melville’s “Bartleby the Scrivener”, Modigliani’s paintings), the film illuminates this sometimes gloomy subject with flashes of insight, stylistic daring, or humor, often in mobile long takes that hint at Cuarón’s mature style. In one telling moment, the protagonist plays the Messiaen quartet that gives the film its title on his oboe – but as a solo. Looking back on the making of this short, Cuarón has said:

“It was an emotion rather than an idea that drove the process, it was about improvising and trying different things every day, trying to blend the character and the location with this emotion.” ALFONSO CUARÓN

Alfonso Cuarón is one of world cinema’s most accomplished and recognized auteurs, a technical innovator with a profound interest in everyday human drama. After starting his career in Mexico with 1991’s vivacious social-satire Sólo con tu pareja, Cuarón’s talents were quickly recognized by Hollywood, where he made the remarkably atmospheric Harry Potter and the Prisoner of Azkaban (2004) and the landmark science-fiction films Children of Men (2006) and Gravity (2013). Cuarón’s most recent work is a return to his homeland and a more modest scale of filmmaking: this year’s Roma, his masterful evocation of the Mexico City of his childhood and the winner of the Golden Lion at the Venice Film Festival.