DARK SKULL a film by KIRO RUSSO. 2016, Bolivia/Qatar, 80 min. An unforgettable descent into the Bolivian mines from an emerging hybrid filmmaker.

To celebrate the opening weekend of the 59th New York Film Festival, we’re thrilled to spotlight Kiro Russo’s debut feature Dark Skull, a haunting hybrid narrative set in the mines of rural Bolivia. Our presentation coincides with this weekend’s screenings of Russo’s NYFF Currents selection, El Gran Movimiento (The Great Movement), which expands on the characters in Dark Skull and won the Special Orizzonti Jury Prize at the Venice Film Festival.

Awarded a special mention at the 2016 Locarno Film Festival, Dark Skull centers on a troubled young man named Elder, whose godfather finds him a job in the mines in the aftermath of his father’s death. Friction immediately arises between the workers and Elder, who’s prone to truancy and heavy drinking, but this tension also stems from the constant sense of danger of their workplace. In visceral visuals and sound design, Russo turns the miners’ daily routine into a strange thriller: the tunnels are places of blinding headlamps, churning machinery, and unforgiving darkness. 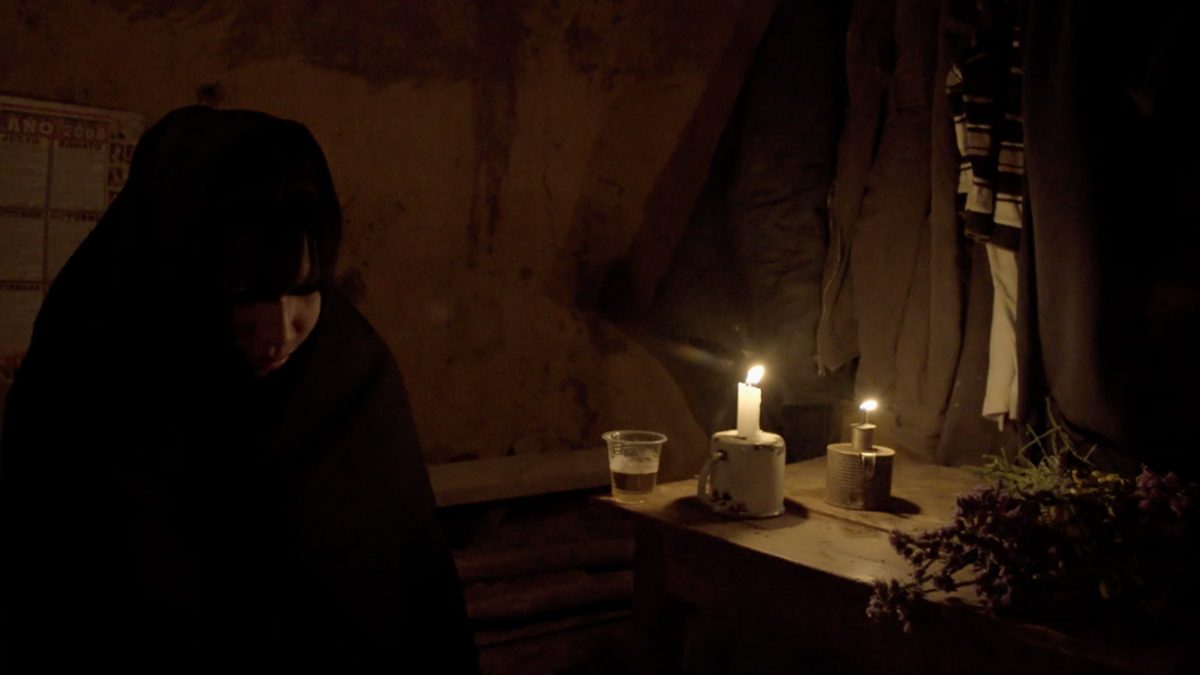 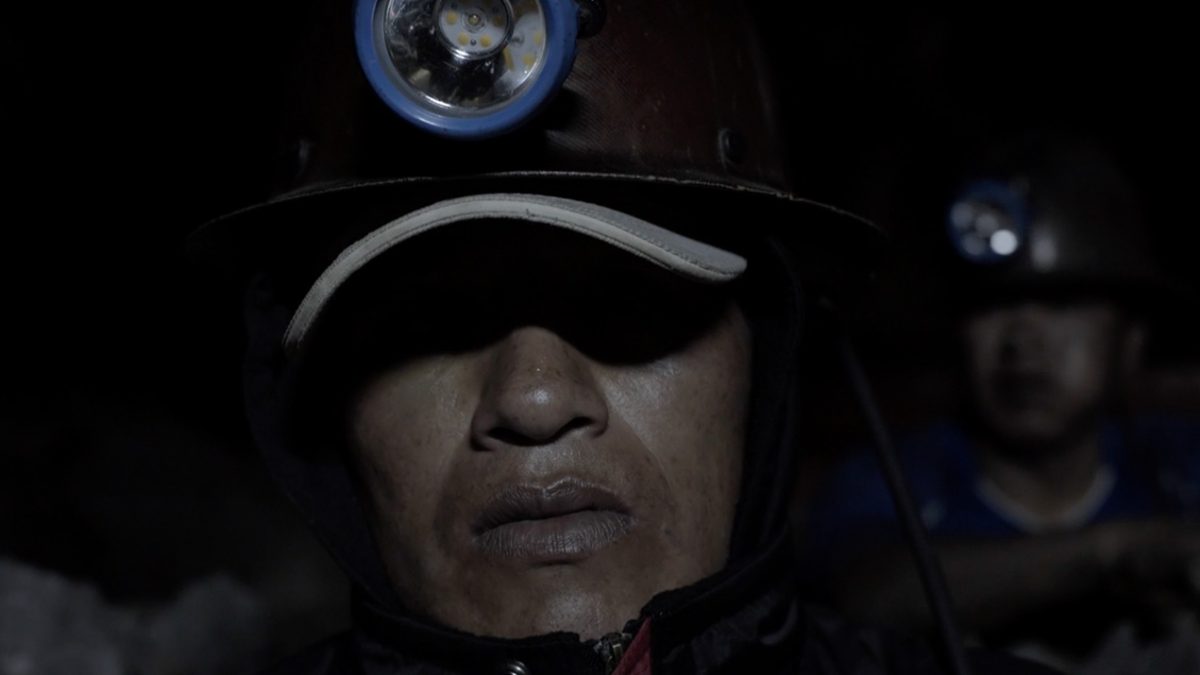 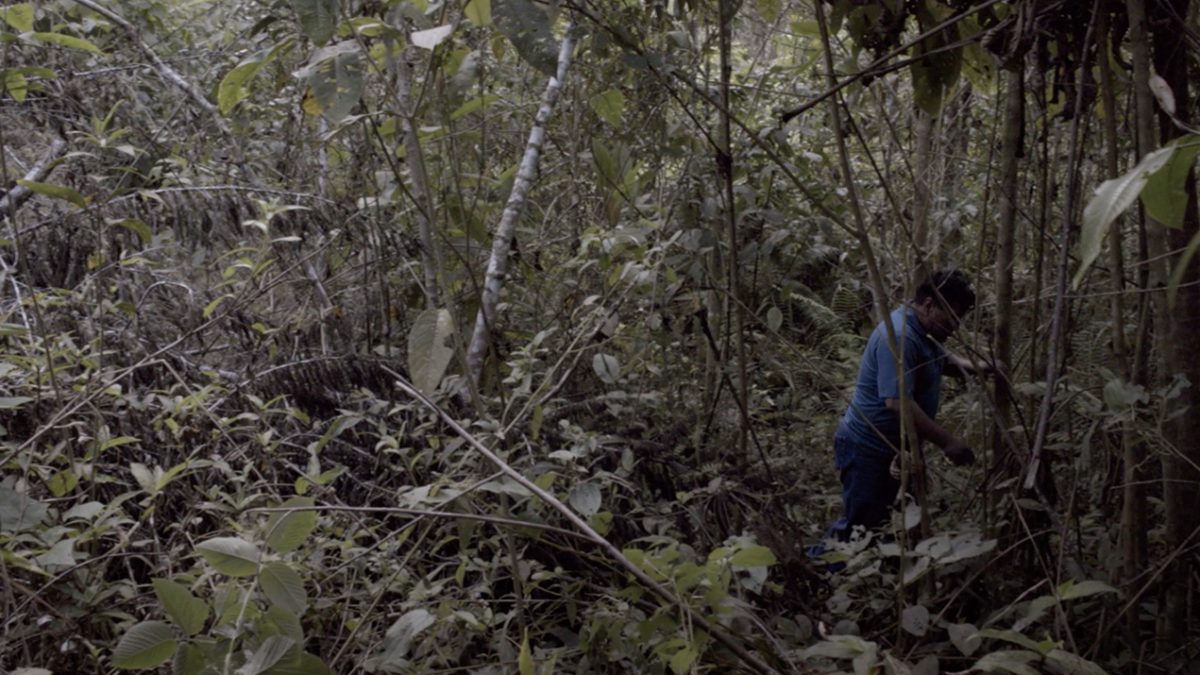 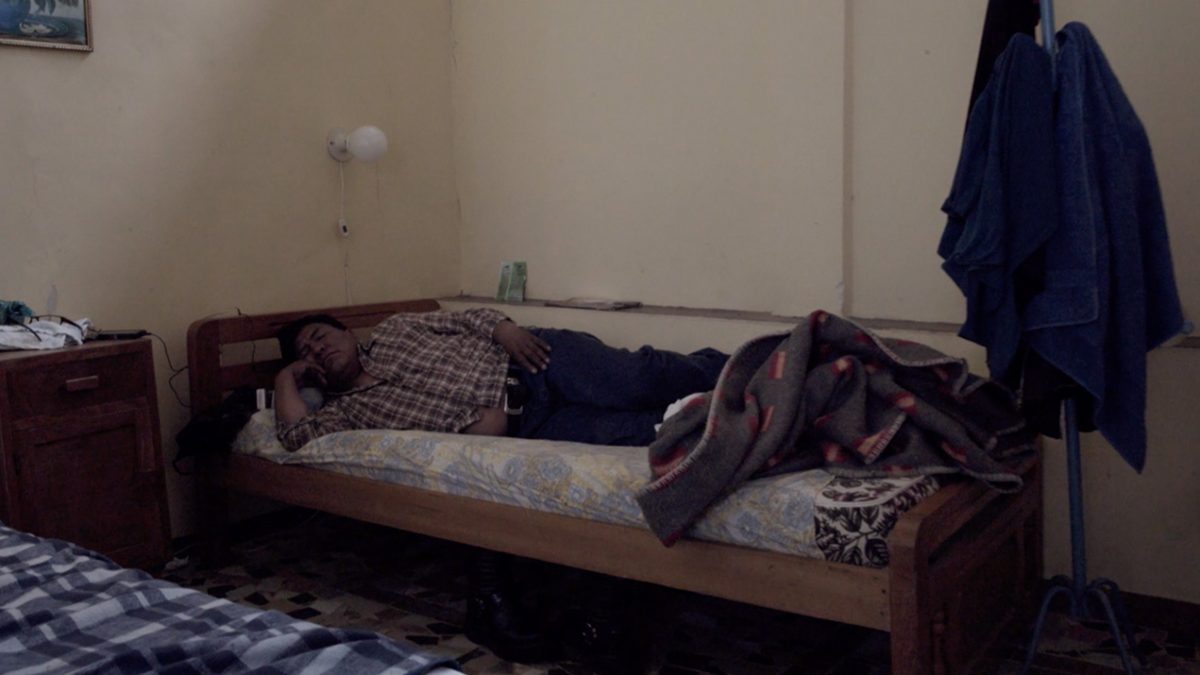 “Something changed inside us after this experience. You think much more about humanity and about our country. More and more we have this monopoly of cinema and representation. For me, it’s very important to open the spectrum of what cinema is for the people, not just the filmmakers or the critics.” KIRO RUSSO

Since mining is a historically important industry to Bolivia—and one that is changing as jobs become scarcer—Russo collaborated with the miners’ union as performers, but he wanted to challenge the tired formula of talking-heads-style interviews. Instead, the film’s atmosphere evokes their unease. By filming a union retreat, Russo also captures the group’s organic solidarity without romanticizing its source. “The feelings of being there, of the oppression and the darkness—that was more important to me than the plot, narrative, or even the documentary aspect,” he explained.

Russo was born in La Paz and studied film at the Universidad del Cine in Buenos Aires. Prior to Dark Skull, he made three short films, including the evocative New Life, which received a Special Jury Mention at Locarno and first prize in the EIECINE section of the San Sebastian Film Festival. Dark Skull received 23 awards over the course of its festival run, including the FIPRESCI prize for Best Latin American Film in Rio de Janeiro. He is currently developing his third feature, a musical, Lost Songs of Distant Realms, which will complete the mining trilogy.