Dislocation Blues a film by Sky Hopinka. 2017, USA, 17 min. An ethno-poetic reflection on the Standing Rock environmental and Indigenous movement.

A glimpse into a few perspectives on the protests at Standing Rock in 2016-17, this short by Sky Hopinka combines experimental and ethnographic filmmaking into a clear-eyed but horizon expanding work exemplifying his “ethno-poetic” style. Hopinka is a vital voice in American experimental filmmaking and a tribal member of the Ho-Chunk Nation. His work centers on personal positions of Indigenous homeland and landscape, and on the role of language in personal and documentary media. Dislocation Blues screened at Toronto International Film Festival and the New York Film Festival, and was acquired for MoMA’s permanent collection.

The Standing Rock protests against the Dakota Access Pipeline, initially organized by youth from nearby Native American communities and then joined by protesters from across the United States, were historic events in Indigenous, anti-capitalist and environmental activism whose reverberations are still being felt today. In his film, Hopinka weaves together on-the-ground footage and protestor Terry Running Wild’s description of his camp – while jumping forward to the post-protest reflections of another activist, Cleo Keahna, filmed via Skype call. This refracting, multi-perspective approach conveys the complexity and diversity of the events as experienced, as well as the impossibility of fully capturing them on camera. 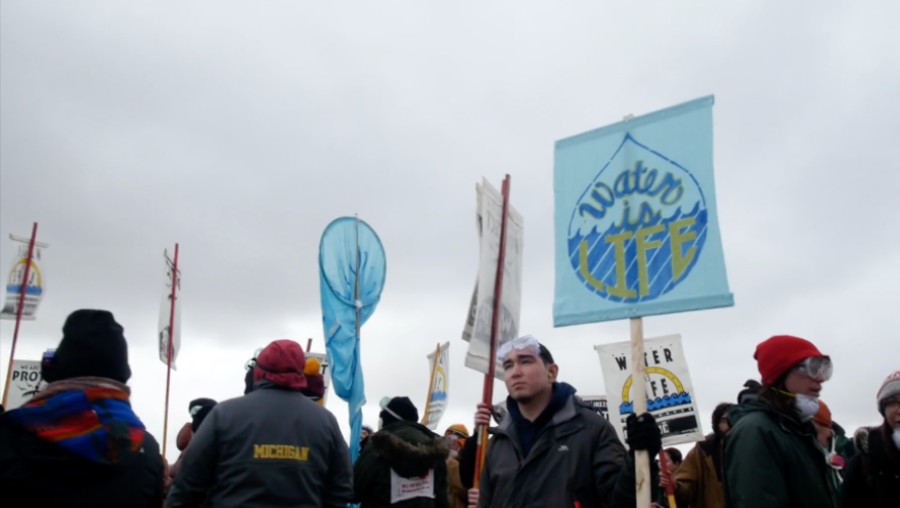 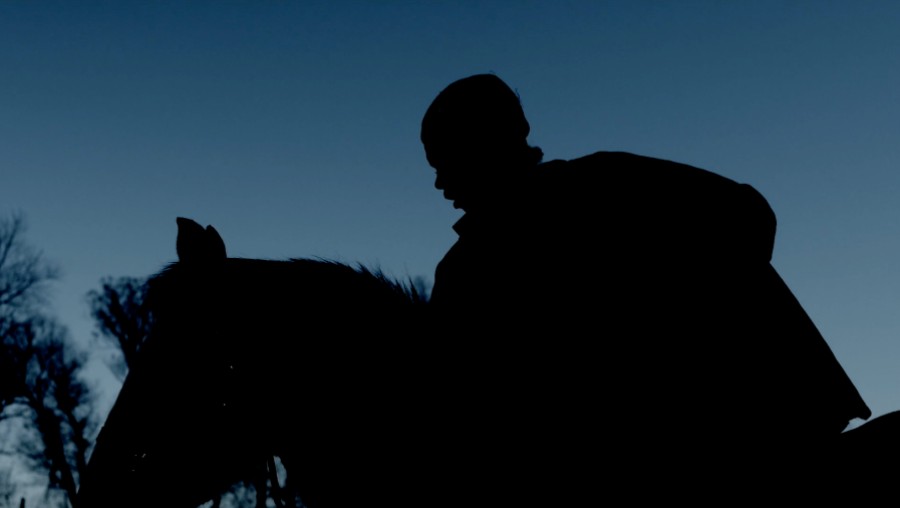 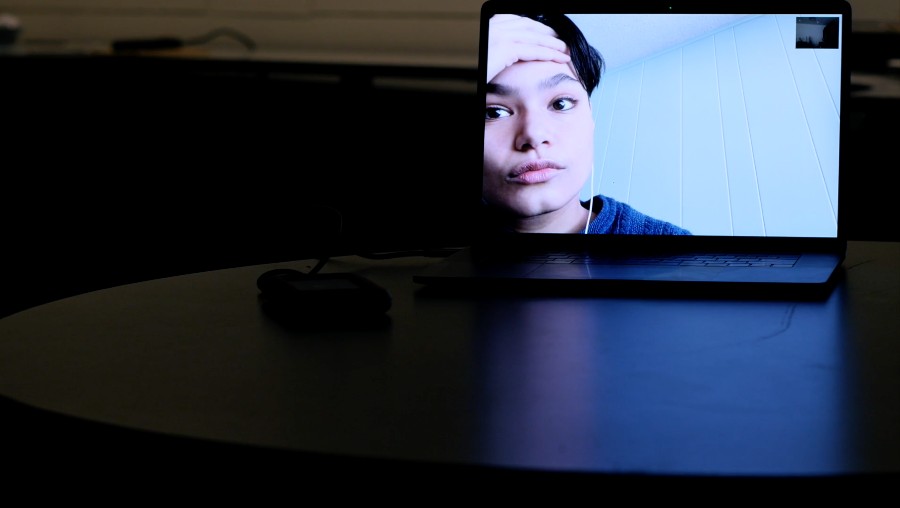 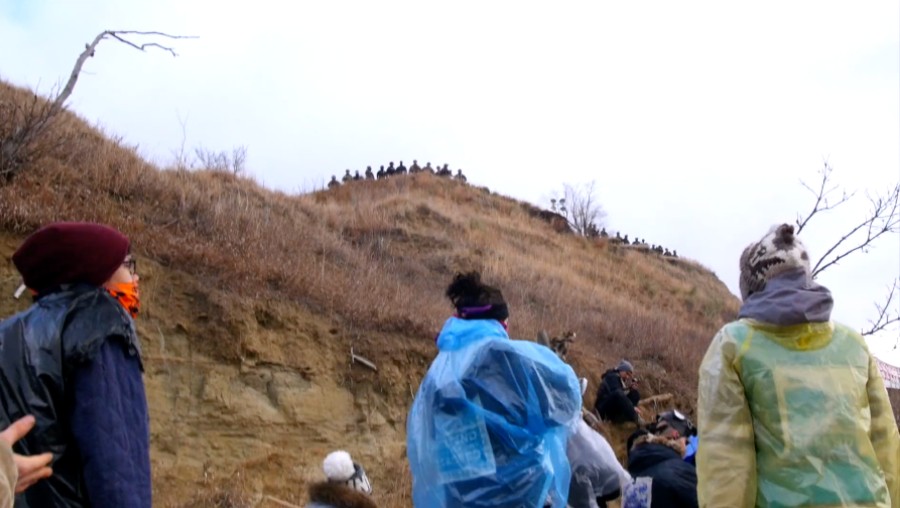 “It’s complicated participating in these things, and having a camera is another way to try and understand where one locates themselves in all of these intersections of who you are and who you want to be, how others see you and how you see yourself.” SKY HOPINKA

Bobby Darin’s “Not for Me” plays twice, described by Hopinka as a song “that spoke to me, and that moved, and that felt aligned with the movement and the frustration of the time and the space and everything that happened.” Near the end Darin’s voice is joined by one of Hopinka’s friends’ and heard over a mind-bending combination of footage from Standing Rock, re-filmed projections and chroma key compositing.

Hopinka’s work has played at festivals including ImagineNATIVE, TIFF Wavelengths, Ann Arbor, Sundance and NYFF’s Projections. His films were included in the 2017 Whitney Biennial, and for the 2019 Whitney Biennial he returned as a guest curator. He has studied and taught chinuk wawa, a language indigenous to the Lower Columbia River Basin. He was a fellow at the Radcliffe Institute for Advanced Study at Harvard University in 2018-2019, a Sundance Art of Nonfiction Fellow for 2019 and is a 2020 Guggenheim Fellow.