Don’t Blink – Robert Frank a film by Laura Israel. 2015, USA, 82 min. A rare glimpse into the groundbreaking life of one of the most important living photographers. 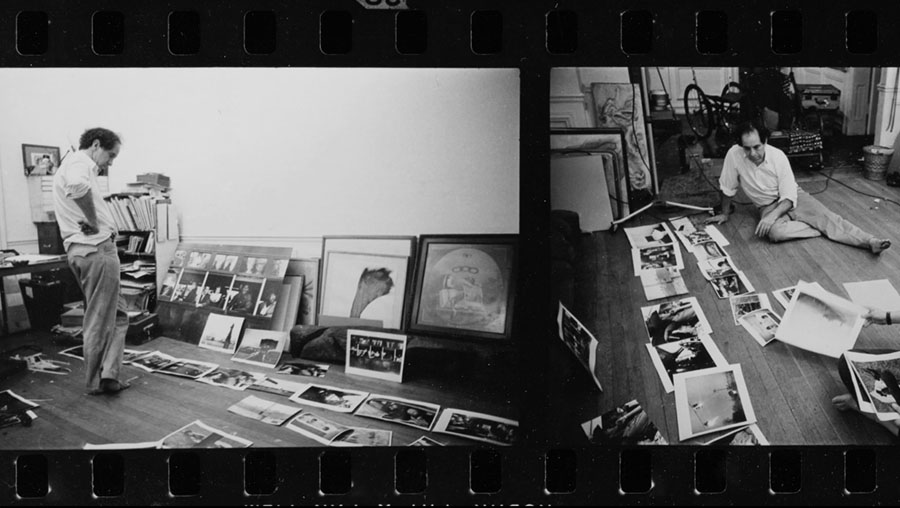 Continuing our series “On Photography”, we are pleased to present a feature-length documentary on one of the most important living photographers: Robert Frank. Directed by his longtime friend and film editor Laura Israel, Don’t Blink – Robert Frank unfolds as a lively scrapbook of the work and life of the legendary artist. The film, which premiered at the 2015 New York Film Festival and was a New York Times Critic’s Pick, features a soundtrack with songs by Tom Waits, The Velvet Underground, Yo La Tengo, Bob Dylan and Patti Smith.

An icon behind the camera, it is rare to see the lens turned on Robert Frank.  The photographer is known for disliking interviews and for his reluctance to embrace celebrity status. Thanks to their friendship, Israel gives us an unprecedented access to Robert Frank, bringing us inside intimate moments and conversations, revealing his charming, sharp, nonconformist personality and mind.

Robert Frank discusses his life in New York and the making of his revolutionary book The Americans, which is considered to be one of the most influential and important collection of photographs of all time. The film also contains clips of Frank’s film work, including Cocksucker Blues, the film commissioned by The Rolling Stones to capture their 1972 North American tour. The film was famously never released. As Mick Jagger said, “It’s a fucking good film, Robert, but if it shows in America we’ll never be allowed in the country again.” Other films by Robert Frank include the famous Pull My Daisy (1959), written and narrated by Jack Kerouac, along with many great, lesser known films that Frank has been made over the last forty years. Films that this documentary leaves us with the urge to know better.

We would like to thank Laura Israel and Grasshopper Films for making this program available on Le Cinéma Club.