DUSTIN a film by NAÏLA GUIGUET. 2020. France. 20 min. With Dustin Muchuvitz, Félix Maritaud & Raya Martigny. A young trans person is swept up in the adrenaline rush and collective effervescence of a warehouse rave.

Winner of the Short Cuts Award for Best Film at the 2020 Toronto International Film Festival and a selection of the 59th Cannes Critics’ Week, Dustin is the electric debut of rising French filmmaker and screenwriter Naïla Guiguet. Unfolding over the course of an all-night warehouse rave in the suburbs of Paris, the film follows a young trans person and her friends as they party into the morning.

Guiguet, who is also a popular DJ, shot the film during an event she regularly organizes as a founding member of the techno collective Possession. The idea for the film was sparked after a conversation she had with her friend and fellow DJ Dustin Muchuvitz—who plays the titular character with flaming orange hair—about her experience of alienation even within the LGBTQIA+ community. “Let’s say it’s a good day when everyone calls me Miss,” Muchuvitz explained to Guiguet, a line she later wrote into the script. 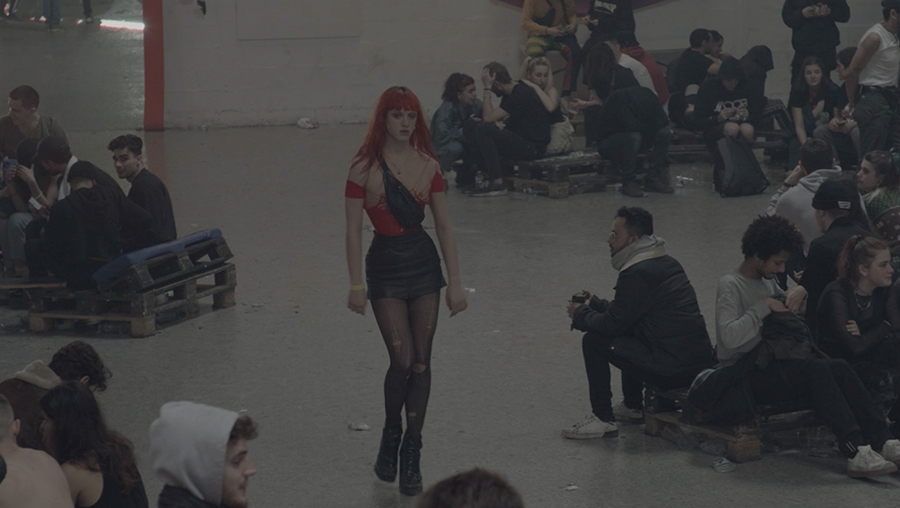 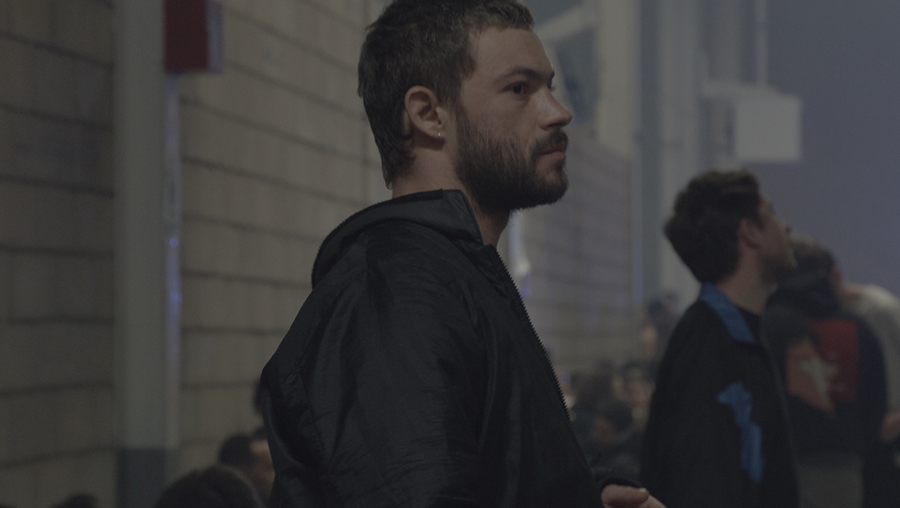 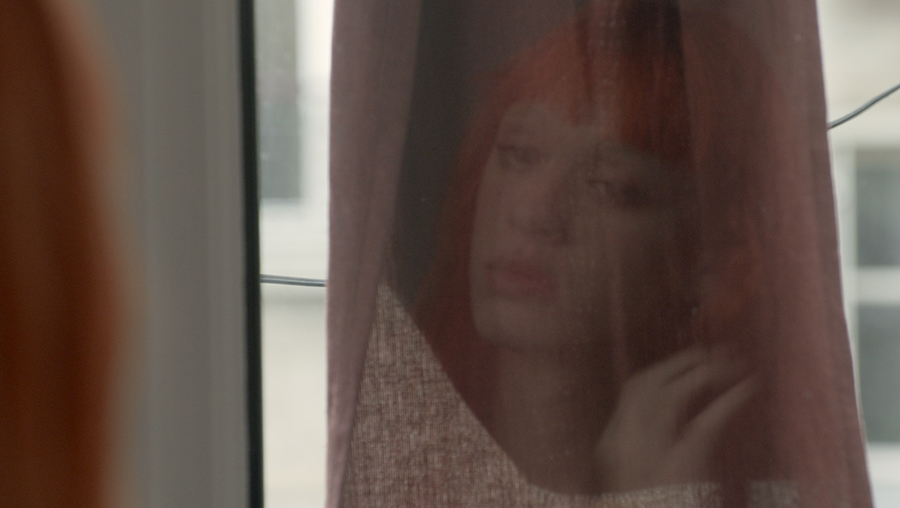 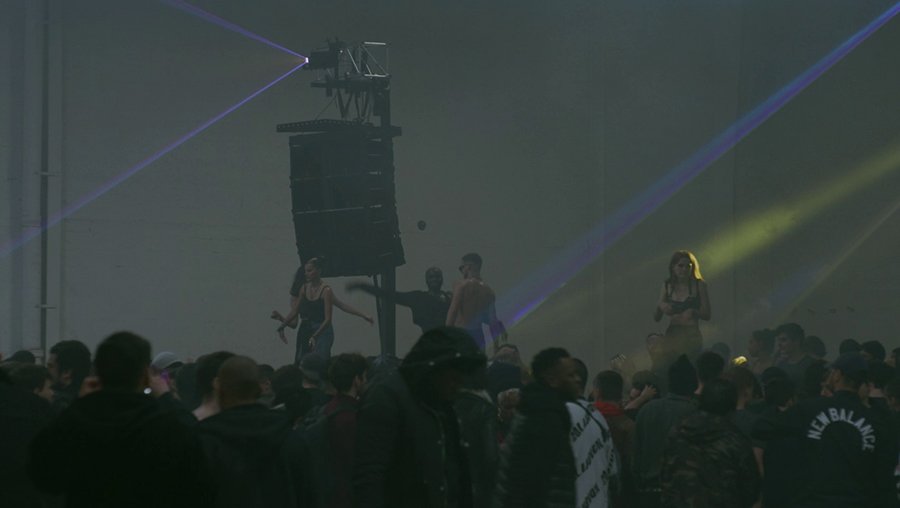 “My first intention was to shoot a world that is very dear to me, and that—I believe—is not shown enough in films: the techno scene and warehouse parties…. I find it interesting from a sociological standpoint: a place for youths to let it all out, instantly, which is vital as they increasingly lack a sense of security, and have little place left in society.” NAÏLA GUIGUET

Filming on location and casting her friends in many of the roles, Guiguet creates a remarkably authentic atmosphere. In hazy shots intensified by strobing lights and pulsing 145 BPM acid tracks, she captures the collective effervescence at the center of the crowd, positioning the rave as a space of both belonging and escape, simultaneously affirming and isolating. The euphoric veneer fades as the sun rises; Dustin and her crew get kicked out by security and migrate to an afterparty at someone’s apartment. After hesitating to define her gender when prompted by a stranger, Dustin finds quiet catharsis in a moment alone.

A graduate of La Fémis, Naïla Guiguet has contributed to screenplays co-written by Arnaud Desplechin, Catherine Corsini, Thomas Salvador, and Louis Garrel. She’s currently developing her first feature Alyson, a portrait of a young mother in a similar community—an even deeper dive into queer nightlife and chosen family.

Dustin is also featured in our series of short films currently screening on the Criterion Channel.