Five Miles Out a film by Andrew Haigh. 2009, UK, 18 min. With Thomas Malone, Dakota Blue Richards and Gillian Waugh. The acclaimed British director brings his passion for humanity to a moving story of adolescence. 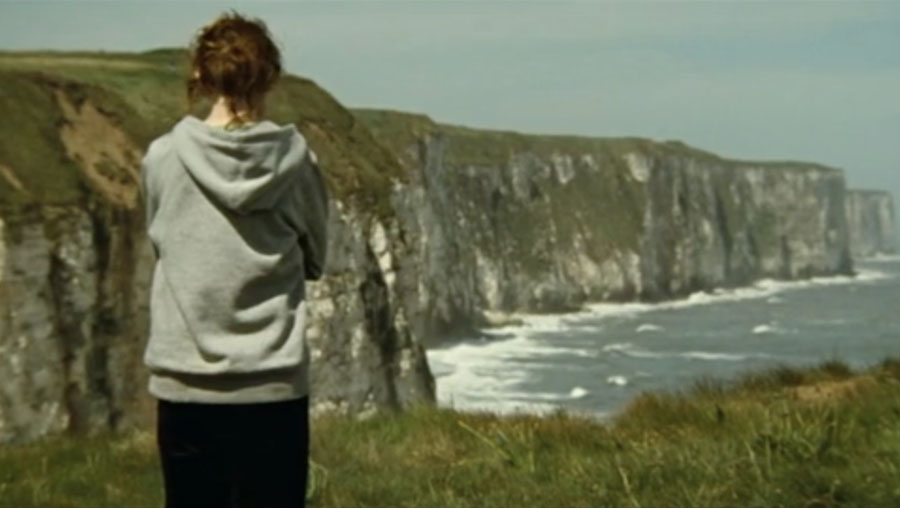 This week, in anticipation of the upcoming release of Lean on Pete, the latest film by acclaimed English director Andrew Haigh (Weekend, 45 Years), we are happy to present Five Miles Out, a short film that premiered at the Berlinale in 2009. Five Miles Out announces Haigh’s cinematic talent for portraying and telling, with great humanity and sensitivity, moving characters and stories. This short follows a girl who is sent away on a holiday with her cousins, where she meets a boy on a secret mission. All the while, in the back of her mind, her sister is back home in a hospital bed. Haigh adapted the screenplay from a short story by Sarah Tierney.

Five Miles Out was pivotal for Andrew Haigh. Marking his first collaboration with his producer Tristian Goligher, it led them to, respectively, direct and produce the brilliant feature Weekend (2011),which the New York Times described as “perfectly realized.” That film also made Haigh a praised auteur overseas.

After Weekend, Haigh directed the HBO series Looking (2014-2016) and the beautiful and highly praised 45 Years (2015), for which Charlotte Rampling was nominated for an Academy Award for Best Actress. Before Weekend, and his first self-produced first feature Greek Pete (2008), Haigh worked as an assistant editor on a diverse range of films from Ridley Scott’s Black Hawk Down (2001) to Harmony Korine’s Mister Lonely (2007).

Andrew Haigh’s new feature Lean on Pete is a powerful and poetic story about loneliness and the desire for love, family, and acceptance, told through the unique point of view of one boy’s connection to a very special racehorse, and starring Charlie Plummer, Steve Buscemi and Chloé Sevigny.