Flores a film by Jorge Jácome. 2017, Portugal, 27 min. An intoxicating and romantic tale of apocalypse in the Azores.

We’re welcoming spring with this intoxicating and uniquely floral short by young Portuguese director Jorge Jácome. In his surreal, romantic twist on the disaster film genre, the inhabitants of the remote Azores archipelago flee from an invasion of hydrangeas – leaving the islands to the dreamlike wanderings of soldiers, beekeepers, and a documentary filmmaker. An official selection of TIFF and the New York Film Festival, it won prizes at IndieLisboa, FICCI and numerous other festivals.

Throughout, Jácome seamlessly intermingles truth and science fiction, documentary and poetry. The Azores archipelago has a long history of natural disasters, and the culture, traditions and pagan religious rites surrounding them are combined with the director’s own obsessions and speculations, from queer utopias to apocalyptic scenarios and the color purple. 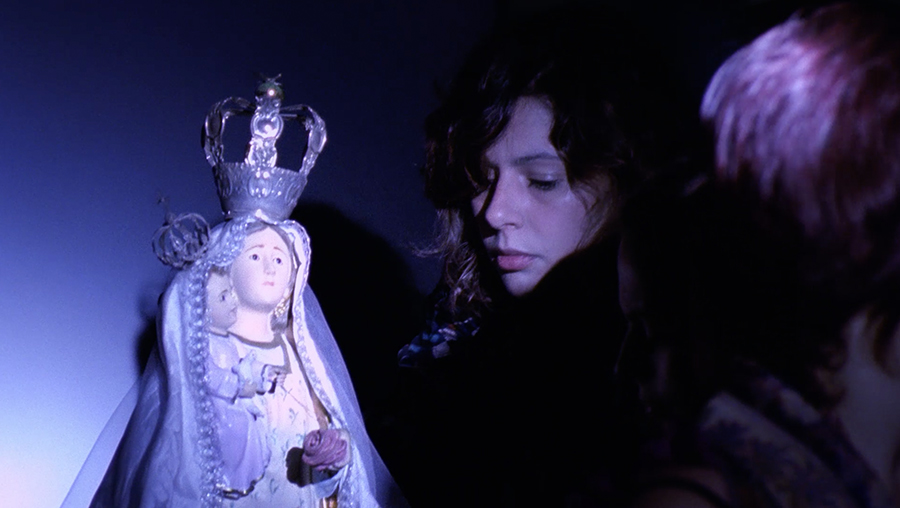 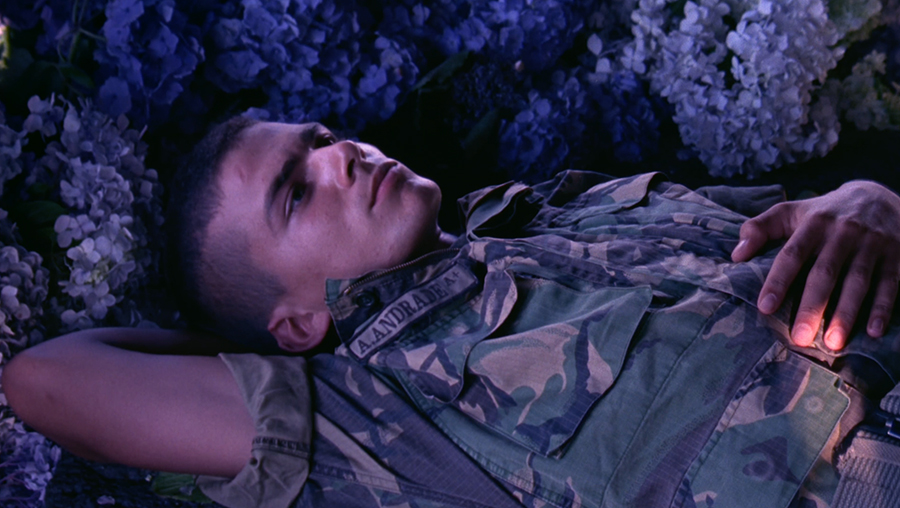 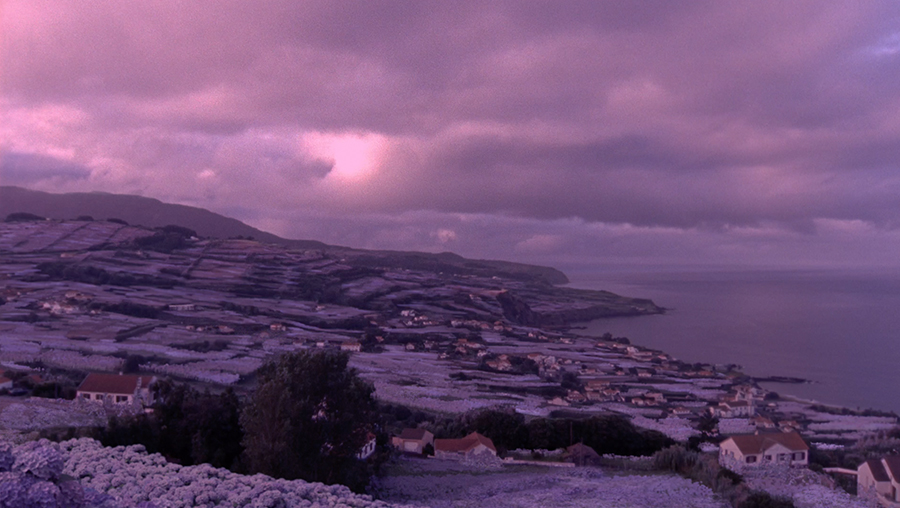 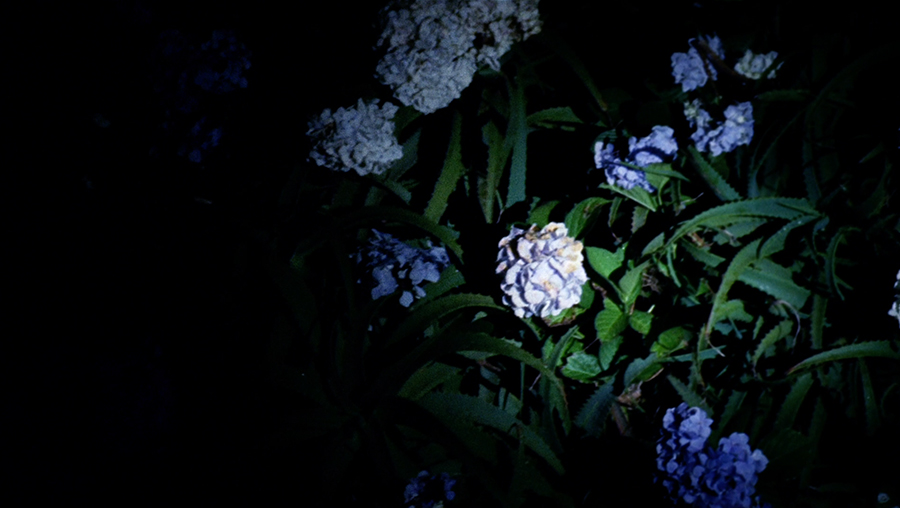 “One of the ideas that didn’t make it to the final script of the film, was some testimonies of people who had smoked dry hydrangeas about the hallucinogenic effects they experienced. Even so, I always wanted to have this dreamy/psychedelic mood of being intoxicated with the abundance of flowers. I think the purple color gives this effect, as if the color of the flowers captured by the lenses had tinged the film.” JORGE JÁCOME

The military had always figured in the script, but it was while scouting in the Azores that Jácome met Pedro and André, the real-life soldiers and best friends who ended up effectively playing themselves against a fictional backdrop. The director was struck by their sensitivity and tenderness, and how it contrasted with the stereotype of military men. As he puts it, “I wanted to create a dystopian situation where love and kindness win in the end, and it was clear they would materialize that.”

Jácome was born in Viana do Castelo, Portugal and grew up in the ex-Portuguese colony of Macau. After studying at Lisbon’s Escola Superior de Teatro e Cinema, he graduated with honors from vanguard French film school Le Fresnoy. His most recent short, an experimental time-travel story called Past Perfect, premiered at the Berlinale in 2019 and has screened at the Edinburgh International Film Festival, New Directors/New Films and the Viennale. He is currently working on a stage piece set to premiere in May, as well as developing his next film, with the theme of “pigeons and magic mushrooms”.

Special thanks to Portugal Film for making this screening possible.