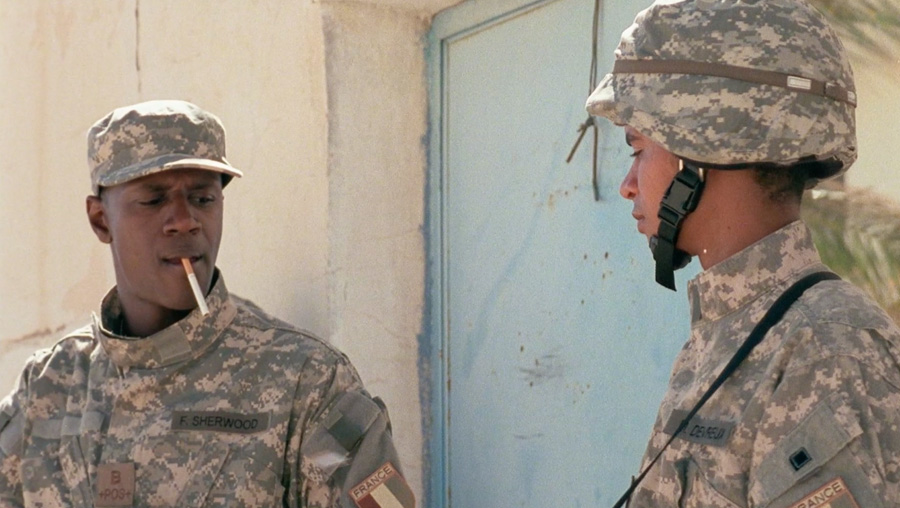 Fort Buchanan — the first feature by American-born, Paris-based writer-director Benjamin Crotty, released in June 2015 in France — is a truly original and unique film, blending the French arthouse tradition with American soap and queer cinema aesthetics. The result is both comic and surreal, beautifully shot on 16 mm. Structured over the four seasons of the year, the film chronicles the lives of a group of wives and husbands left behind at an army base while their military partners are on duty overseas. We are presenting the Summer section of the film — in which the lead character Roger (Andy Gillet) visits his husband Frank in Djibouti, a country between Ethiopia and Somalia. His teenager daughter Roxy (Iliana Zabeth) and the military wives join them for a summer retreat. As each season of the film changes in mood, Summer shows the film’s characters at the melodramatic height of their sexual tensions.

“I find American TV dialogue to be super efficient, in an almost Hemingway-esque way. In some respects, that dialogue is banalized on American TV because it’s everywhere, but when it goes back into French, it gives it this innate weirdness.” BENJAMIN CROTTY, FILMMAKER MAGAZINE

With Fort Buchanan, Crotty wanted to make an auteur film with the pseudo-anonymous dialogue of American television shows – the script is a pastiche of those shows that pays tribute to popular American culture and also reflects on the place of auteur cinema today. Fort Buchanan is born out of the production of a short film, the Winter section of Fort Buchanan, after which Crotty quickly wrote the three following seasons and made it into a feature. The film was shot in the French region of Lorraine, except for the Summer section, which was shot in Tunisia (in co-production with Ramses Mahfoudh from Godolphin Films).

Fort Buchanan was an official selection at the Locarno and Rotterdam International Film Festivals. Its US premiere was this year at New Directors/New Films, and its UK premiere was at the Tate Modern.