Fowl Play a film by Owen Kline. 2013, USA, 12 mins. Three small-time crooks search for a chicken to cockfight in an amusing short from a young talent. 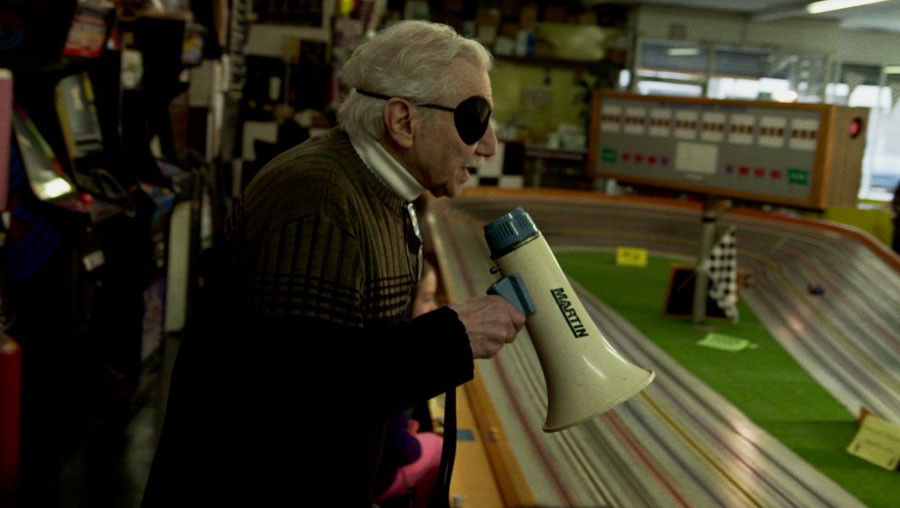 This week, Josh & Benny Safdie have selected Fowl Play, a short film by young American filmmaker Owen Kline. Set in Flushing, Queens, the story follows Sammy, Little Jimmy and Ernie — three small time crooks trying to find a chicken to cockfight. Fowl Play amusingly turns real life characters, the filmmaker’s friends, into lousy hustlers, and takes us to cool locations on the outskirts of NYC — the ensemble offering us a slice of the city we rarely get a taste of. “I met Owen Kline after he asked to take me out for a coffee when he was 15 years old. I was 23. He’s always yearned for an interaction with a world beyond him, carefully sculpting a life falling out of the comics he obsesses over. FOWL PLAY blew our minds when we saw it. It’s a portrait of a type of legend. Plus Juan Wauters is the biggest star. We can’t wait till Owen’s obsessive vision grows to feature lengths.” JOSH SAFDIE

Directed while Owen Kline was in his junior year of film school, the short was triggered by an old acquaintance of his: “This incredibly shady DVD bootlegger who was a little bit involved in an honest-to-god cockfighting ring in Flushing, Queens.  I started to get a lot of info about how these things were run by these Chinese thugs and the whole operation sounded pretty out there!” Kline also knew he wanted to shoot with his Queens-based friends — Rob M. Anderson, Frank Avila, and Juan Wauters (who also appears in the Safdies’ short John’s Gone) — as actors.

The filmmaker didn’t want any chicken carnage, for moral reasons: “My co-writer Alex Curtin and I thought it would only be natural to write them as these low-rent criminals trying to break into the Flushing cockfighting circuit but aren’t bright enough to tell the difference between a rooster and a hen.”

The film was shot in Flushing with bits in Brooklyn and New Jersey.  The only expense was going to be a trained movie chicken before they realized that “chickens were all untrainable and pretty much the same,” so they borrowed one (by the name of Shyla) from their friend’s farm: “Letting that chicken loose into the streets for that one scene in Flushing Chinatown was the single most chaotic day of my adult life.”

As a kid, Owen Kline was making movies with a Tyco video camera for children.  He wanted to become a cartoonist or a magician: “Film is kind of a combination of both those things in a funny way now that I think about it!”  Even though he grew up around film sets (his father is the great actor Kevin Kline), Owen became convinced that he wanted to be a filmmaker when he was 13, after playing Frank Berkman, the young boy in Noah Baumbach’s The Squid and the Whale (2005): “Doing a smaller independent film made it feel so much more accessible and not so daunting”. After watching the wonderful, funny Fowl Play, we are eager to see what’s next for Owen Kline.