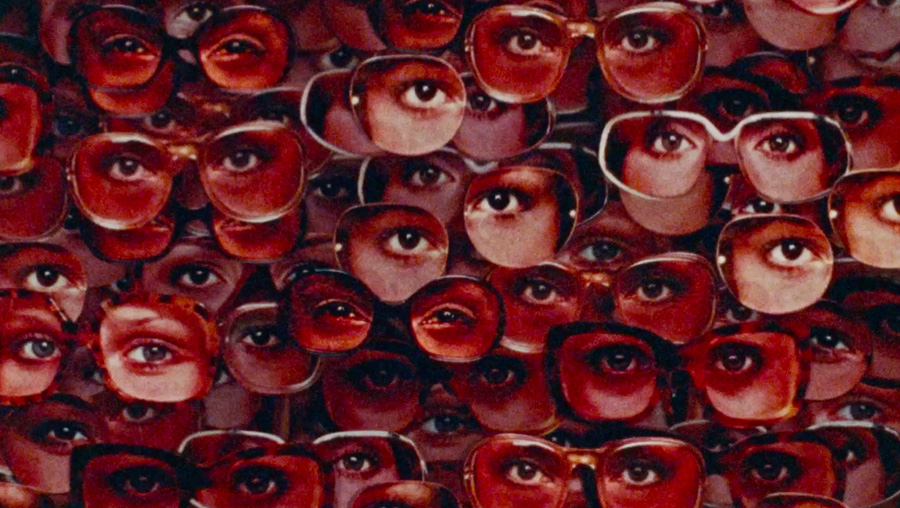 We are honored to present Frank Film, winner of the Oscar for Best Animated Short in 1974, in a newly restored version courtesy of the Academy Film Archive. Frank Mouris had been collecting images from magazines for five years when he made the short with more than 11,000 images. The short film feels simultaneously personal, historical and universal. While telling the personal journey of Mouris, from his birth to becoming an artist, and making this film, Frank Film also draws a panorama of the iconography of the early seventies. The chosen images, assembled by theme, speak to our collective consciousness. If the mundanity of the images suggests the familiar, the effect of the collage and the associations created within the film turn it into a hypnotic, virtuosic masterwork.

“I only made Frank Film because I was forced to write my first script. I prefer to just make collages until an idea reveals itself to me. So, film classes can sometimes make us filmmakers. Of course, if I didn’t have my wife and partner Caroline producing, editing, and criticizing, I would still be working on too many collages now, 46 years later. Thank you, Caroline!” FRANK MOURIS

Caroline and Frank Mouris have been married and working together since the sixties. They made an animated short Frankly Caroline in 2000, where Caroline narrates her own life and Frank interjects. Their career has found a balance between commissioned works for Sesame Street, Nickelodeon, Comedy Central, MTV and the Cartoon Network, and independent shorts such as Coney (1975), Tennesse Sample (1977), Impasse (1978), LA LA, Making it in L.A. (1979) and Beginner’s Luck (1986).

Courtesy of Frank Mouris and the Academy Film Archive.