Gasman a film by Lynne Ramsay. 1998, Scotland, 14 min. The Cannes-winning short that launched the career of a meticulous and daring filmmaker. 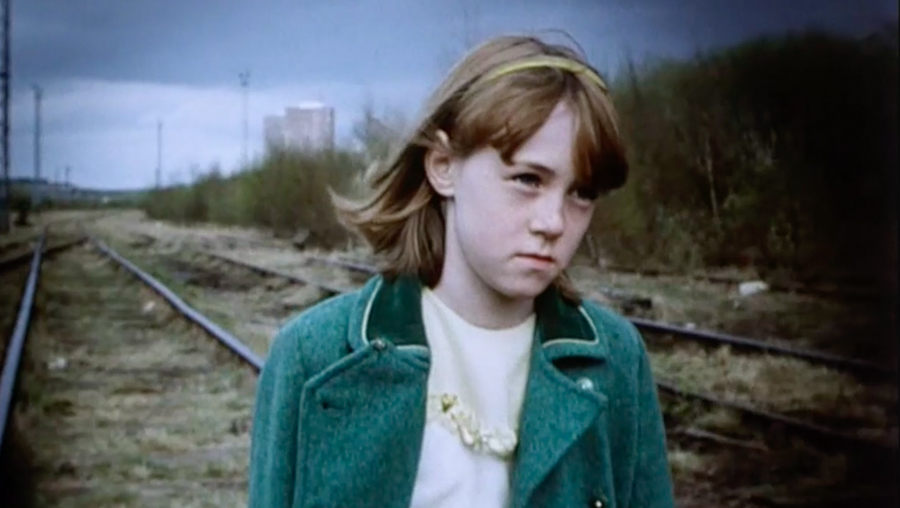 Beginning this week is our month-long series celebrating the 70th edition of the Festival de Cannes! We will showcase three short films by directors we love whose new features are selected in this year’s main competition: Lynne Ramsay, Bong Joon-Ho, and Josh and Benny Safdie. Stay tuned and enjoy! This week we present Gasman, Lynne Ramsay’s graceful, moving and cinematic portrayal of the Scottish working class in the late 70s. This well-known short, which captures the unique perceptiveness of children, brought a 29 year-old Ramsay international attention, winning her the Jury Prize at Cannes and the Scottish BAFTA in 1998. Gasman follows a young girl and her brothers accompanying their father to a Christmas holiday party in a pub where they’re forced to make the awkward realization of the double life he’s been living.

Lynne Ramsay’s fourth feature You Were Never Really Here, starring Joaquin Phoenix as a war veteran trying to save a young girl from a sex trafficking ring, will be presented this year at Cannes in the main competition.

Gasman’s opening shots are a series of close-up details: someone polishing shoes, a little boy playing with a miniature car, a little girl slipping on yellow tights. Ramsay puts an emphasis on detail — which may come in part from the fact that she was a photographer before her films studies. Within a few shots, without having seen any faces, but hearing the voices of people, we are thrown into the atmosphere of a home getting prepared for a celebration. One of the most remarkable aspects of the short is how subtly the story is told through the children’s perspective. Ramsay depicts a bleak world with an elegant and cinematic eye, and she highlights the beauty of the setting and atmosphere with artistry and integrity. Ramsay comes from the world depicted in the film: “There’s a real coldness in Scotland, and it can be quite dark. It can be beautiful, but it’s also very oppressive.” Gasman is based on a short story the filmmaker wrote, as were her other first two shorts. Most people around Ramsay at film school were trying to write scripts to serve the industry. She wanted to experiment more, and decided to write her own stories.

Lynne Ramsay was born and raised in Glasgow. She studied photography in Edinburgh, before focusing on cinematography and direction at the Scottish National Film School. Her debut feature Ratcatcher (1999) won critical acclaim after being presented in the Un Certain Regard section in Cannes and awarded the Newcomer in British Film award at the BAFTAs. Morvern Callar (2002), starring Samantha Morton, was also presented in Cannes at Directors Fortnight and nominated for seven British Independent Film Awards. We Need To Talk About Kevin (2011), starring Tilda Swinton, John C. Reilly and Ezra Miller, was presented in Cannes’ main competition and nominated for Best Foreign Film at the Golden Globes. Ramsay is one of the most exciting directors working today and we couldn’t be more excited to see her new feature in Cannes.