Glory At Sea a film by Benh Zeitlin. 2008, USA, 25 min. From the director of Beasts of the Southern Wild, mythology bleeds into the devastating realism of a post-Katrina landscape. 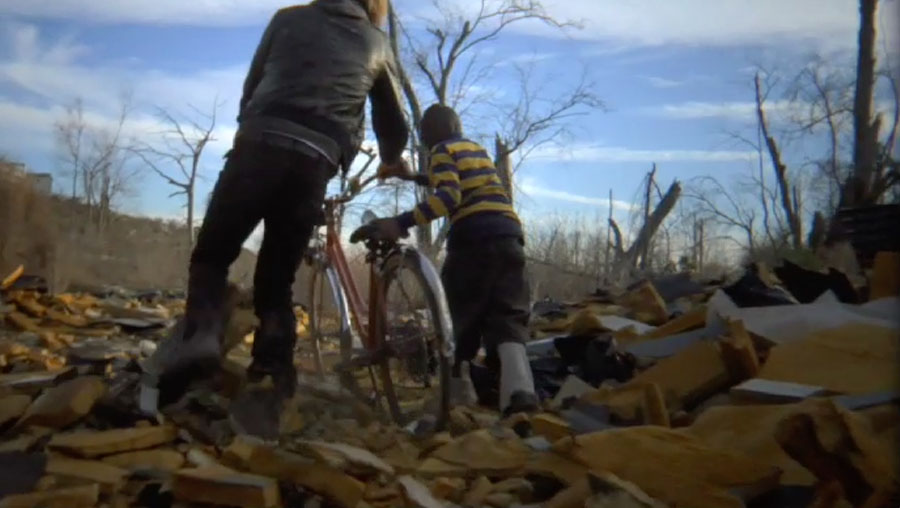 Glory At Sea was directed in a post-Katrina Louisiana by the young Benh Zeitlin. The short immerses us in a world that swings between realism and fantasy. After a devastating flood, a group of mourners and a man spat from the depths of Hades build a boat from the debris of New Orleans to rescue their lost loved ones trapped beneath the sea. Zeitlin’s cinematic worldview, powerful imagination, and the emotional storytelling that would make his feature debut so memorable, emerge in this short film. It was while making the short that Zeitlin discovered the Louisiana landscape and the local residents that strongly inspired and helped to shape Beasts. Glory at Sea and Beasts of the Southern Wild were both produced by Court 13, a production company based in New Orleans. Zeitlin is currently developing his much awaited second feature.