Going Out a film by Ted Fendt. 2015, USA, 8 min. A night out in New Jersey takes an unexpected turn in a short from a New York cinephile. 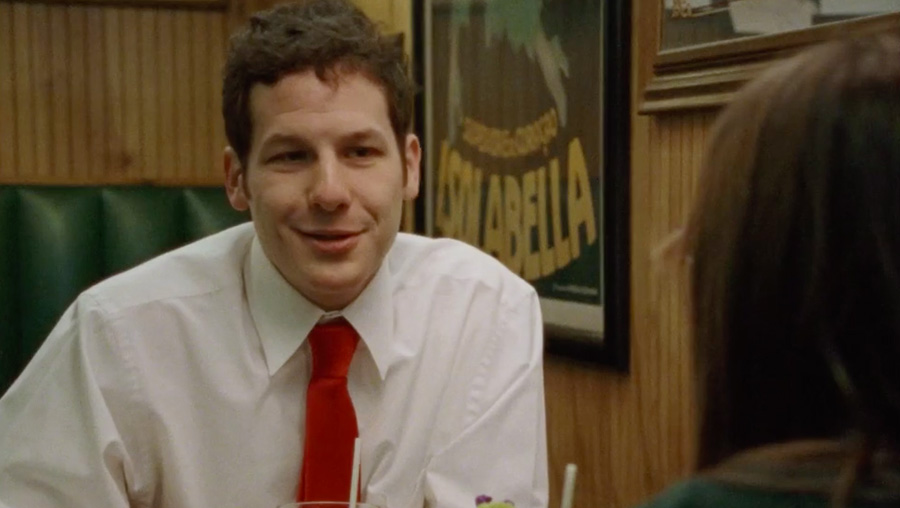 To coincide with the 45th edition of New Directors/New Films in New York City, Le Cinéma Club is presenting Going Out, directed by Ted Fendt whose debut feature Short Stay screens at. New Directors/New Films is an annual festival presented by the Film Society of Lincoln Center and The Museum of Modern Art that has uncovered such directors as Pédro Almodovar, Chantal Akerman, Hou Hsiao-Hsien, Christopher Nolan, Laura Poitras, Spike Lee and Kelly Reichardt. Going Out is the third film in a trilogy of idiosyncratic short films directed and produced by Ted Fendt – all shot on 16 mm in New Jersey, twenty minutes away from Philadelphia, where Fendt grew up. In Going Out, Liz thinks she’s going on a date with Rob to see RoboCop, but things take an unexpected (and inexplicable) turn. Fendt’s films tell simple everyday tales – he frequently casts a group of friends, and friends of friends, from his old high school, and he incorporates ideas and stories from their real lives into his screenplays. Fendt enjoys working with a crew of a few people, recording natural sound and barely mixing it, and shooting with natural light.

To finance his films, Ted Fendt saves money from his various cinephile jobs: he is a projectionist at the Film Society of Lincoln Center and the Anthology Film Archives, he’s done English subtitles for the films of Jean Luc Godard and Jean-Marie Straub & Danièle Huillet, and he is currently editing an upcoming book on Jean-Marie Straub. Ted Fendt speaks fluent French. He went to Paris for two years during his studies at NYU, and he spent his time there watching as many movies as possible. Fendt is a true cinephile who speaks lovingly about his affection for the early talkies, such as the first talking films of William Wellman, and also rarer films made by 1930s actors such as Harry Langdon and Roscoe “Fatty” Arbuckle. He is a fervent believer in film who wants to shoot exclusively on film and have his movies projected on film – although he admits that can be unrealistic nowadays.

Le Cinéma Club hopes to see more of Fendt’s films soon. The contrast between the simplicity of his characters and stories, and the meticulousness of his shots and style of editing create compelling and personal cinematic worlds.