HAIRAT a film by JESSICA BESHIR. 2017. Ethiopia / USA / Mexico. 6 min. The Faya Dayi filmmaker’s lyrical tribute to a farmer and his beloved pack of hyenas.

Mexican-Ethiopian filmmaker Jessica Beshir describes her short Hairat as “my first everything.” Although its dreamlike black-and-white cinematography foreshadows her 2021 breakout documentary Faya Dayi, Hairat stands alone as an entrancing character study in miniature.

Hairat is a portrait of Yussuf Mume Saleh, a farmer living in the eastern Ethiopian city of Harar. Each night, Saleh prepares a batch of porridge to feed to local hyenas; he revived this tradition in the late ’60s, but it dates back to times of famine when the starving animals needed to be dissuaded from eating cattle. Beshir—who grew up in Harar, and fondly recalls visiting Saleh with friends—captures this nightly ritual in mesmerizing close-up. There’s a tension between the intimacy of Saleh’s gestures and the untamed interiority of the animals: when he extends scraps of meat, they jump on his back, simultaneously rough and tender. 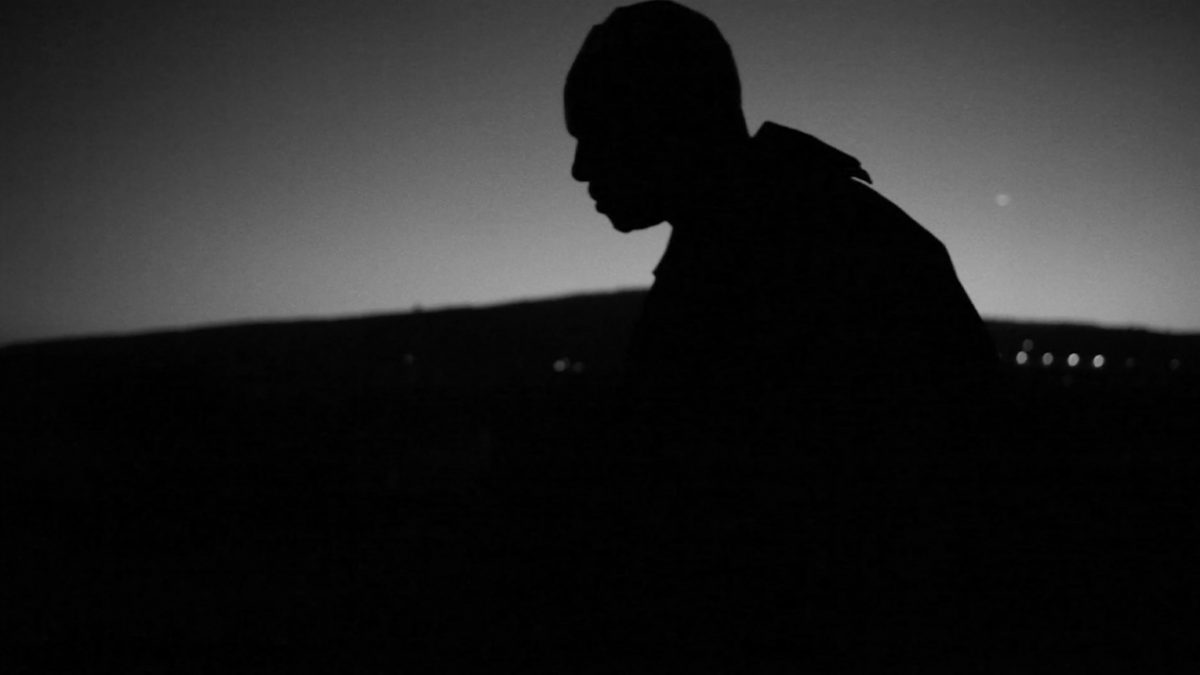 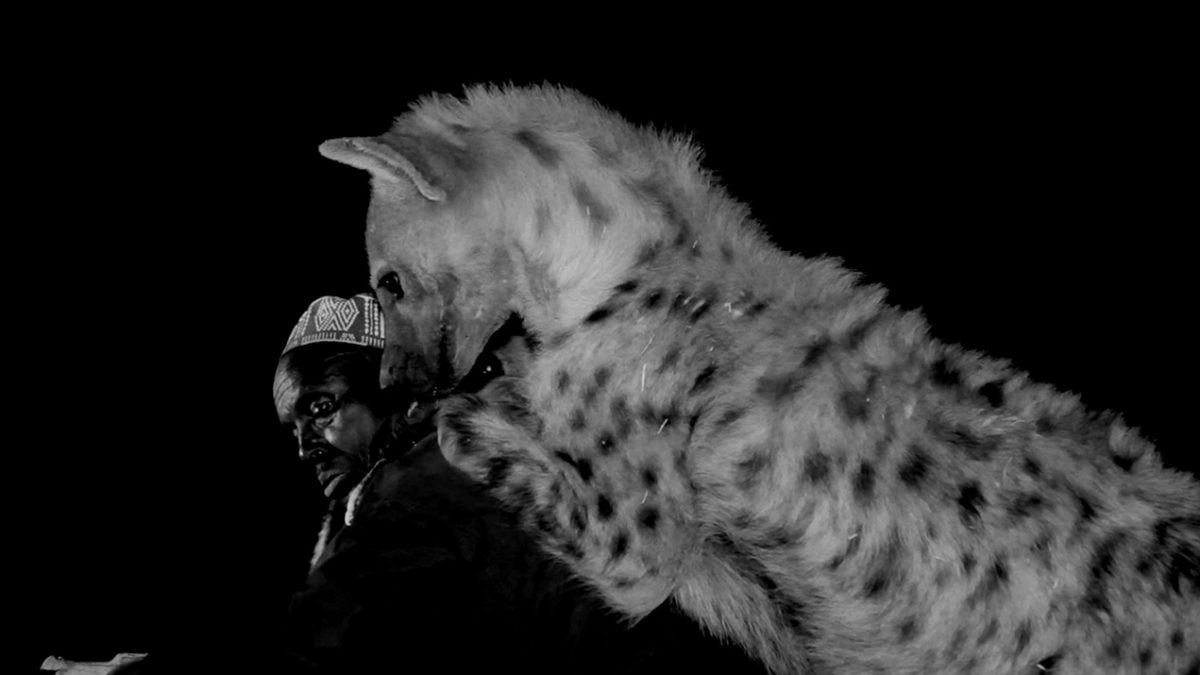 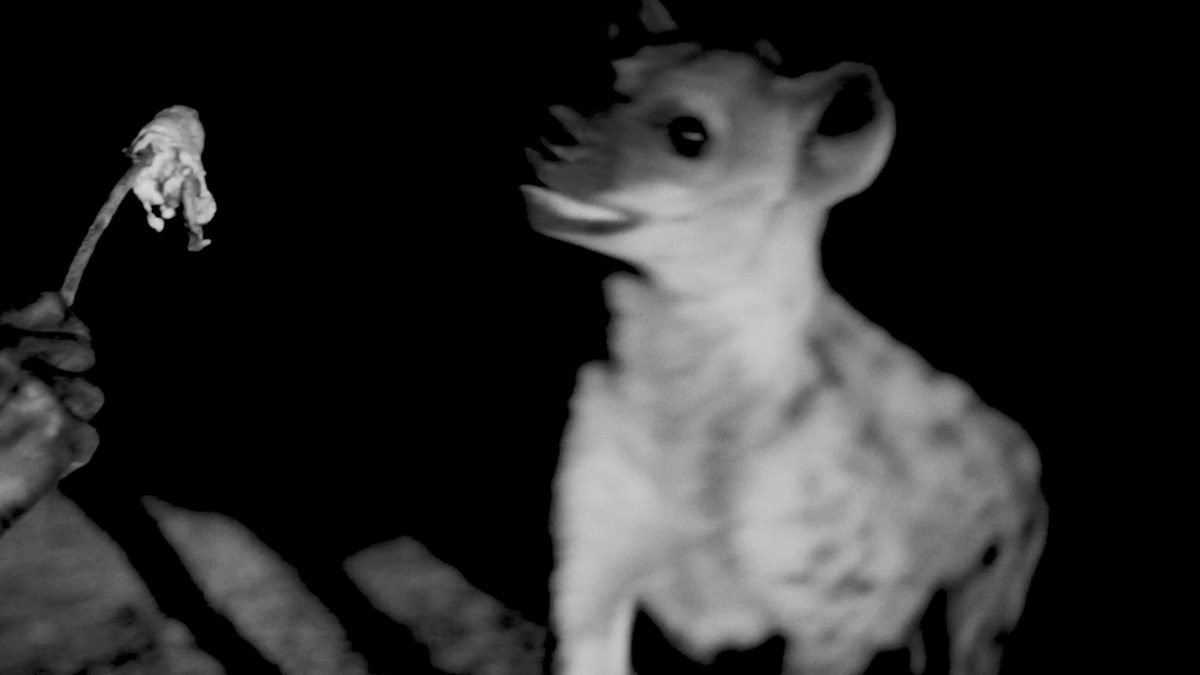 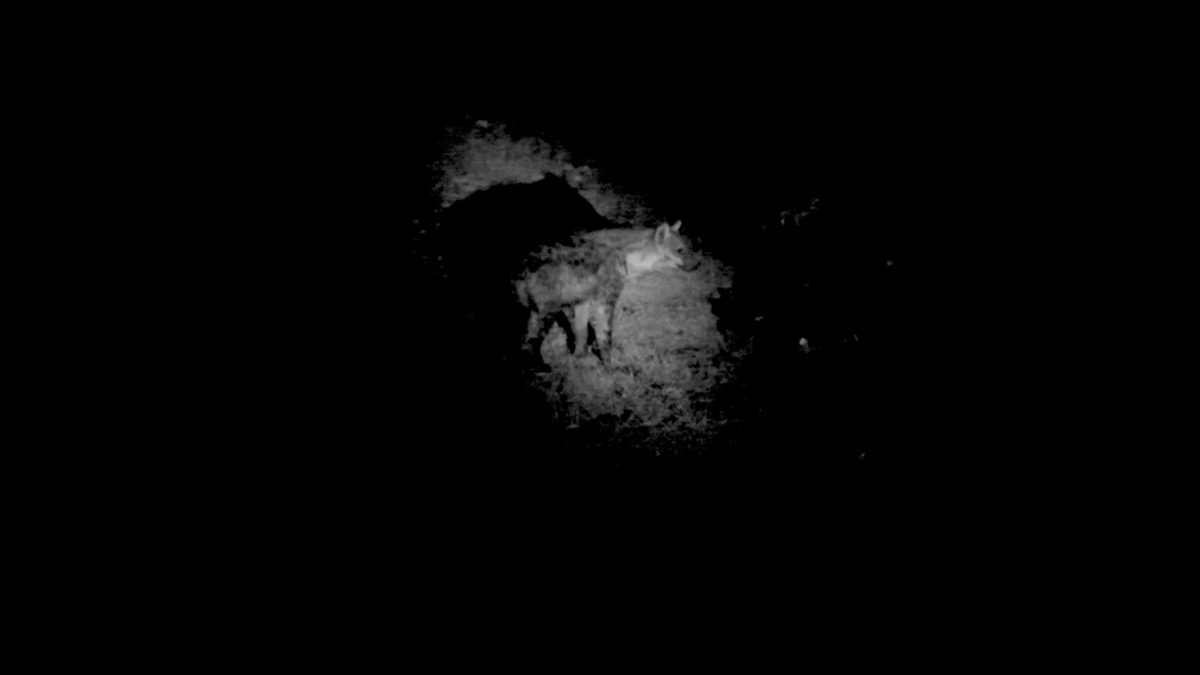 “I was just hypnotized by the relationship between these uncanny lovers. I loved the universe he created around himself and the way it made me feel… I wanted to film the ritual the way it played in my memory, as a place where I could find solace in it.” JESSICA BESHIR

Beshir was compelled by this balance of “love and fear” in Saleh’s bond with the hyenas. “This idea of the junctures between things has always been conceptual for me, expressed through the shadows that black-and-white provides,” she elaborated. “I wanted to focus more on the inner world, the inner expressions of this space.” To gently explore this metaphysical level, Beshir adds narration from poet Elias Shagiz Adonay Tesfaye—whom she met by coincidence while filming Hairat—reading an original piece about the nature of love. “I wanted the film to feel like a poem,” Beshir explained. “I wanted to distill the images to their essence. I wanted no distractions. I just wanted to focus on this man and his hyenas.”

Born in Mexico City and raised in Ethiopia, Beshir received her BA in Film Studies and Literature from UCLA. Encouraged by a friend, she submitted Hairat to the Sundance Film Festival the day before submissions closed; the film had its world premiere at Sundance 2017 and led to a documentary fellowship from the Sundance Institute. Beshir made two other shorts, He Who Dances on Wood and Heroin, before her acclaimed feature debut Faya Dayi, which won the Grand Prix at Visions du Réel. Her films have screened at the International Film Festival Rotterdam, Hot Docs, and New Directors/New Films, among other venues; more festival screenings are available to browse on her website.