For the holidays we are again turning to the Mekas family… this time to Jonas’ younger brother Adolfas, whose giddy and gorgeous debut Hallelujah the Hills we now screen for a special extended run of two weeks. This wild, ecstatic, Vermont-shot fantasy about best friends in love with the same woman (but played by two different actresses) is bursting with romance, adventure and cinematic invention, was a critical triumph upon its 1963 premieres at Cannes’ Critics Week and the first-ever New York Film Festival, and is considered a classic of the New American Cinema.

The story centers on a joyous celebration of male bonding and brotherly love, something easy to see as partly autobiographical. After all, the Mekas boys were also famously merry pranksters, who had left a Europe ravaged by war (alluded to in the film’s many military parodies) for America’s more peaceful pastures. The film straddles this divide, combining New World looseness and innocence with virtuosic style that often references Europe’s new waves – as in an early sequence riffing on Breathless (1960). That admiration would turn out to be mutual, as Godard met Mekas’ debut with a glowing review in Cahiers du cinéma: 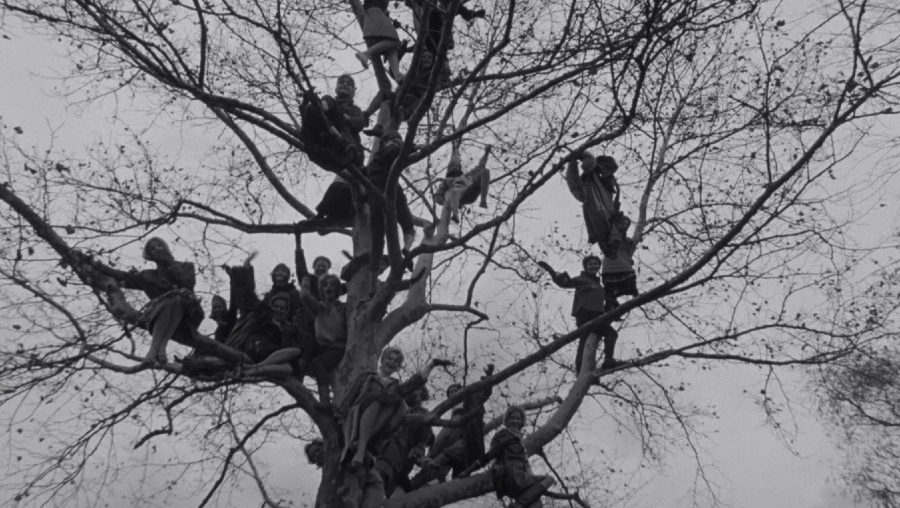 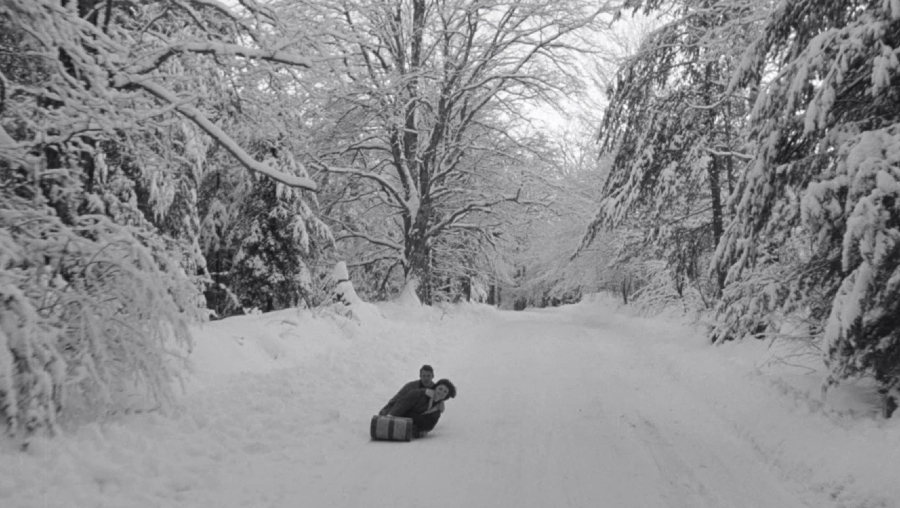 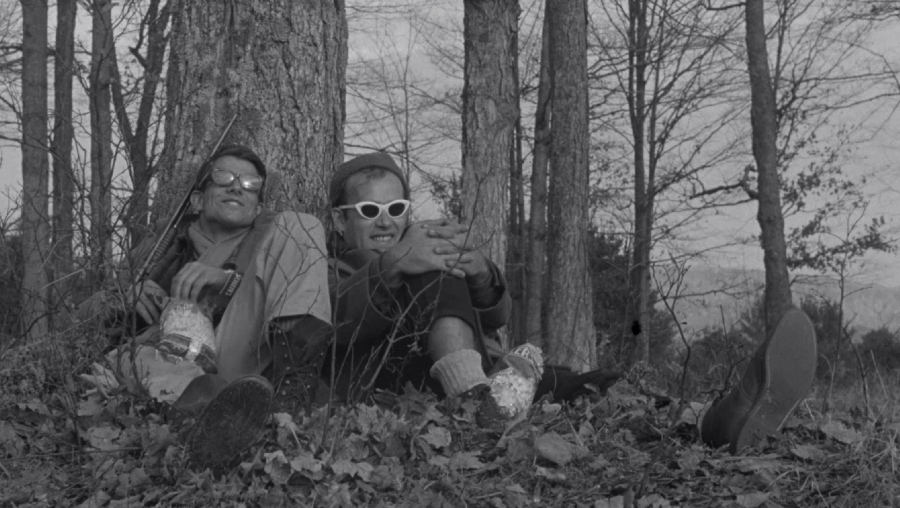 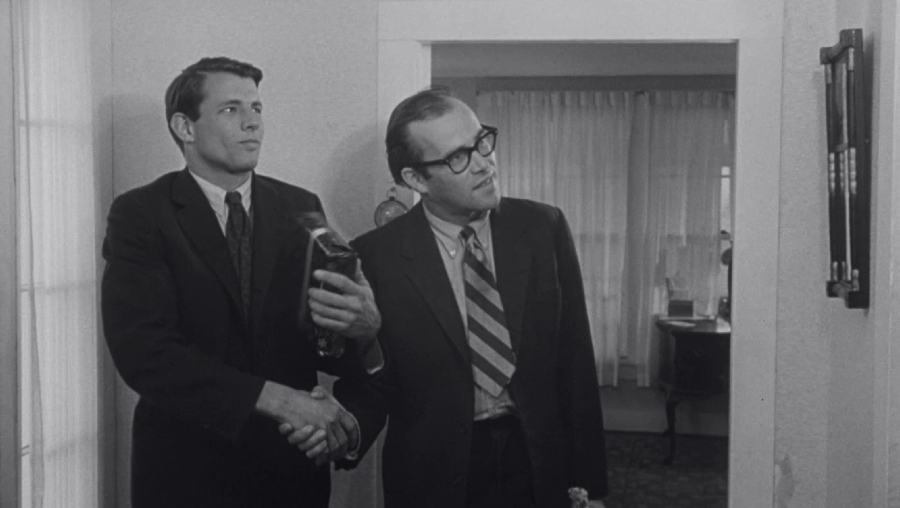 “Hallelujah proved clearly that Adolfas is someone to be reckoned with. He is a master in the field of pure invention, that is to say, in working dangerously – ‘without a net.’ His film, made according to the good old principle – one idea for each shot – has the lovely scent of fresh ingenuity and crafty sweetness. Physical efforts and intellectual gags are boldly put together. The slightest thing moves you and makes you laugh – a badly framed bush, a banana stuck in a pocket, a majorette in the snow. He shows life as defined by Ramuz: ‘As with a dance, such pleasure to begin, a piston, a clarinet, such sorrow to be done, the head spins and night has come.’ ” – JEAN-LUC GODARD

Rarely before or since has such an astonishing encyclopedia of cinematic techniques been deployed in a single work, some borrowed from silent comedy, others breathtakingly ahead of their time: irises, flashouts, whip pans, intertitles, avant-garde superimpositions, subtitles (in Chinese and Russian), trick lenses, aspect-ratio switches, animation, reversed footage, frames within the frame and films within the film. Mekas found a perfect accomplice for all this trickery in cinematographer Ed Emshwiller, who shot the feature before serving as a DP on D.A. Pennebaker’s Bob Dylan: Don’t Look Back (1967) and becoming legendary in his own right as an innovator in video art and animation.

Born in Lithuania in 1925, Adolfas Mekas was imprisoned in a labor camp during WWII, and came to America as a refugee in 1949 alongside his brother Jonas. Together they founded the influential magazine Film Culture in 1954. Adolfas was also the founder of the highly influential film department at Bard College, where he taught for many years. His other films include The Double Barreled Detective Story aka Mekas Western (1965) and Going Home (1972). He passed away in 2011 – the treatment for his latest project, a portrait of poet Giordano Bruno, by his bedside.