Hang Loose a film by Sammy Harkham and Patrick Brice. 2015, USA, 7 min. One night in the life of an aimless surfer and his particular brand of coastal desperation. 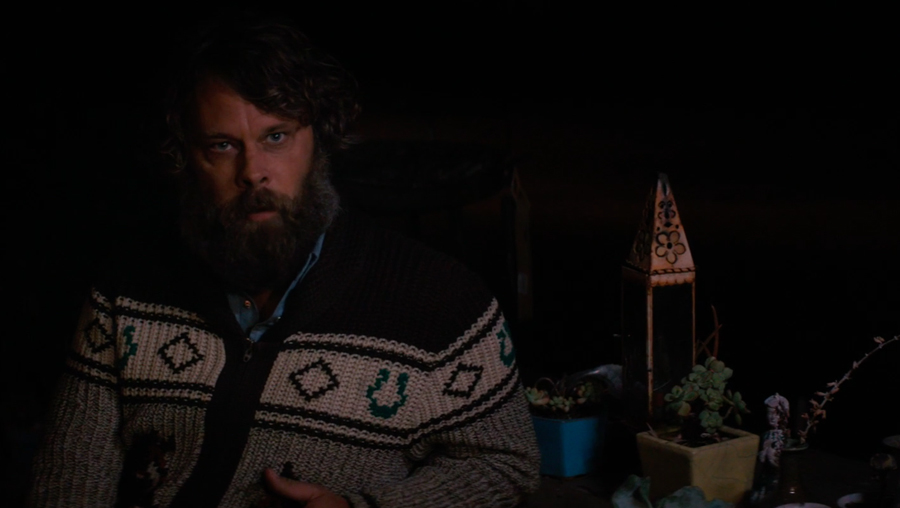 Le Cinéma Club is presenting the online premiere of Hang Loose, a short co-directed by Sammy Harkham and Patrick Brice and shot in Cayucos, a small town on the Central Coast of California. The film chronicles a night in the life of Wade, an aimless surfer who visits his ex-girlfriend in his former hometown – she is wary of Wade trying to reconnect, and we are invited to witness why. The short was produced by Los Angeles-based production company MEMORY, who Le Cinéma Club is currently partnering with for their second travelling collection of short films by a new generation of filmmakers. Hang Loose was part of the first MEMORY collection, which you can enjoy for a few more weeks by clicking here.

Sammy Harkham & Patrick Brice wanted to make a project with Kyle Field – the musician behind the band Little Wings who plays the lead of the film – and his truck. It was also a chance for them to shoot in the region of the Central Coast of California, a place that was very cinematic but rarely seen on film. The directors shot the short for over a week in Cayucos, the last town before Big Sur when you head there from Los Angeles. The characters were inspired by the filmmakers reflecting on the place and its locals. Wade’s character – this charming, not so charming Californian surfer – was based on someone they knew personally.

The film is also maybe about what Sammy Harkham describes as “the tension between what we want to be, how we perceive ourselves and the distance from that to what we actual are.”

Sammy Harkham and Patrick Brice both live in Los Angeles where they met. Patrick Brice is a graduate from the Cal Arts School of Film and Video. He is the director of Creep (2014), produced by Mark Duplass and Jason Blum, and The Overnight (2016), produced by the Duplass brothers. Sammy Harkham is a cartoonist who also attended Cal Arts where he studied in the Experimental Animation program. He established the comics art anthology series Kramers Ergot, which has grown into the premier art comics anthology in the U.S. In 2006, Harkham co-founded The Cinefamily, a non-profit film repertoire house in Los Angeles, now one of the mostly highly regarded revival cinemas in the country. In 2007, he co-founded the influential bookstore, project space, and publishing outfit Family. His latest book, Everything Together, was awarded the Los Angeles Book Prize for Best Graphic Novel and was nominated for an Eisner Award for Best Graphic Album.