Shot in Hudson, NY, Hannah in April stars Baltimore-based musician Hannah Lee Thompson as the title character. On the hunt for a room to rent, she’s hampered by quiet setbacks and eccentric characters; at one point, a coffee shop patron eavesdrops on her phone call, then takes note of her rare “purple aura.” The film came together organically: “Josh wrote a draft of a script 14 days before his spring break from teaching at school,” Tetewsky recalled. “I was very moved by the piece, and immediately booked all my pals to play roles.” 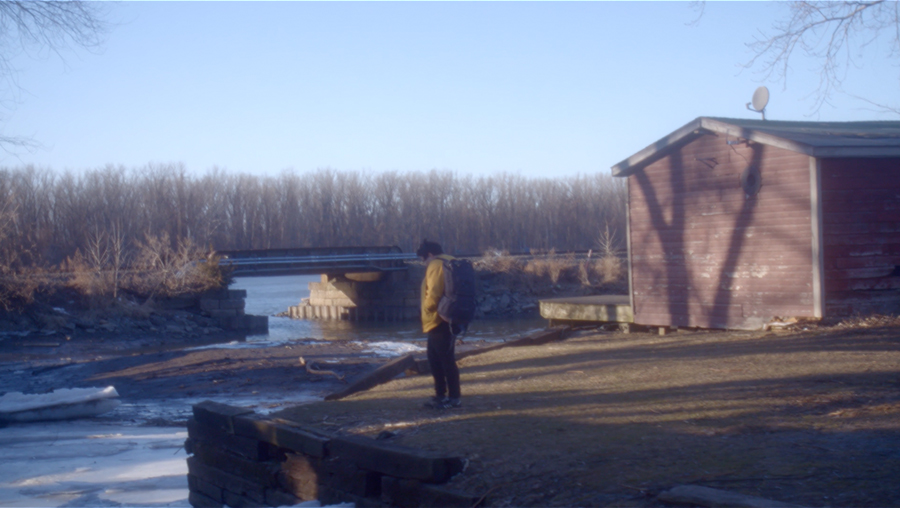 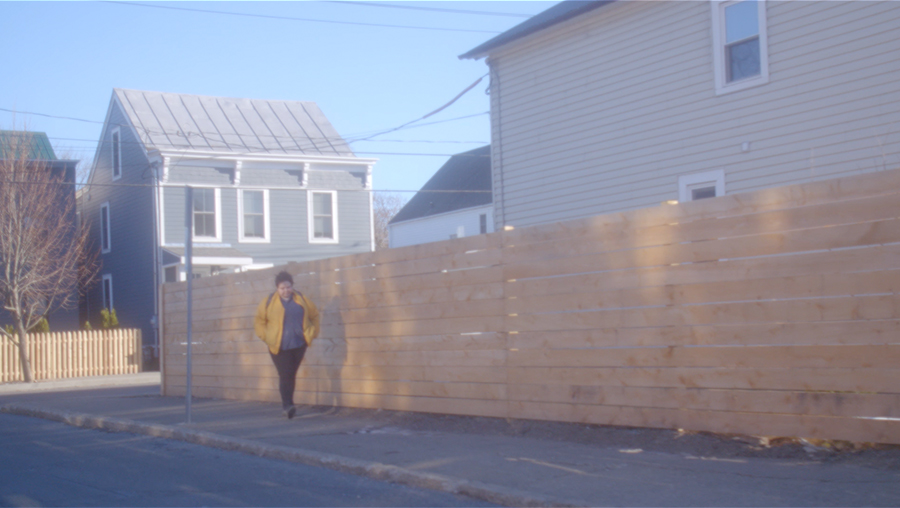 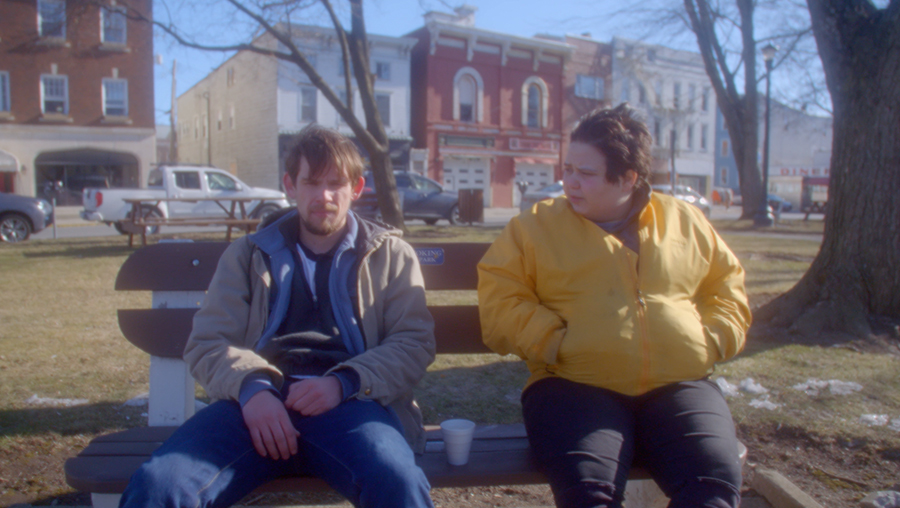 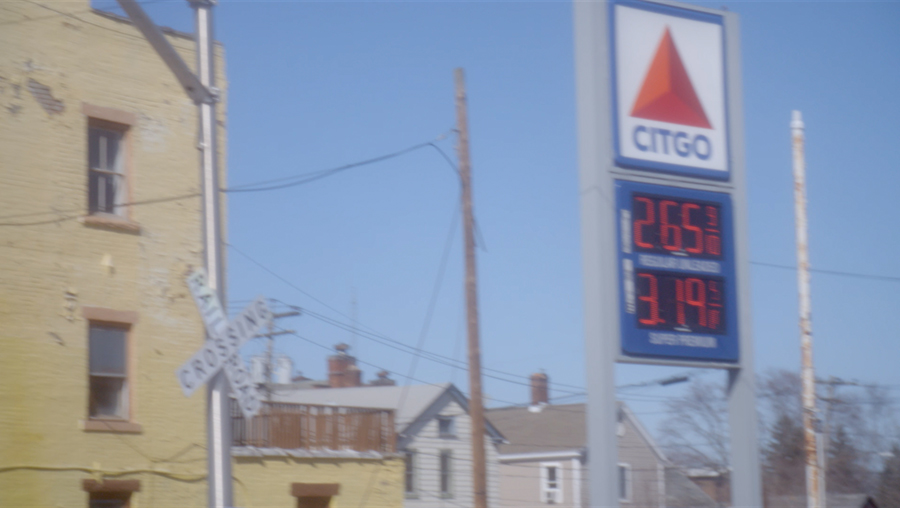 “Our approach was sort of improvisational, with a lot of good and bad luck involved. Also, we were pretty sure our Airbnb was haunted. This made us work harder, since we would rather be out in the streets filming than at the mercy of whatever was going on in that house.” JOSHUA PIKOVSKY

Hannah in April ’s naturalism comes from this easygoing chemistry and spontaneity; Tetewsky and Pikovsky remember that all of their audio was accidentally erased on the first day of shooting, involving some on-the-fly workarounds. Scenes of light comedy are complemented by the windy stillness of the small town: a subtle air of loneliness surrounding Hannah’s search. (The duo grew up in a similarly sleepy Boston suburb, Sharon, Massachusetts, where most of their other films—including the feature—are set.) “There are tonal similarities between the feature and the short,” Pikovsky said. “There’s melancholy, there’s also glimmers of humor. It’s a prototype of a certain style of piece.”

Tetewsky and Pikovsky co-directed two other shorts in 2021, both featured on NoBudge: Bergmensch and Sharon 66. Tetewsky currently works as a camera operator and cinematographer; Pikovsky teaches in Worcester, MA. This year, they have a run of U.S. festival screenings for Hannah Ha Ha, including the Seattle International Film Festival this month. Meanwhile, they’re in preproduction on their next feature, which they plan to shoot this summer in Massachusetts.