Heaven Is Still Far Away a film by Ryusuke Hamaguchi. 2016, Japan, 38 min. From the director of the five-hour epic Happy Hour, a ghostly tale of contemporary Japan. 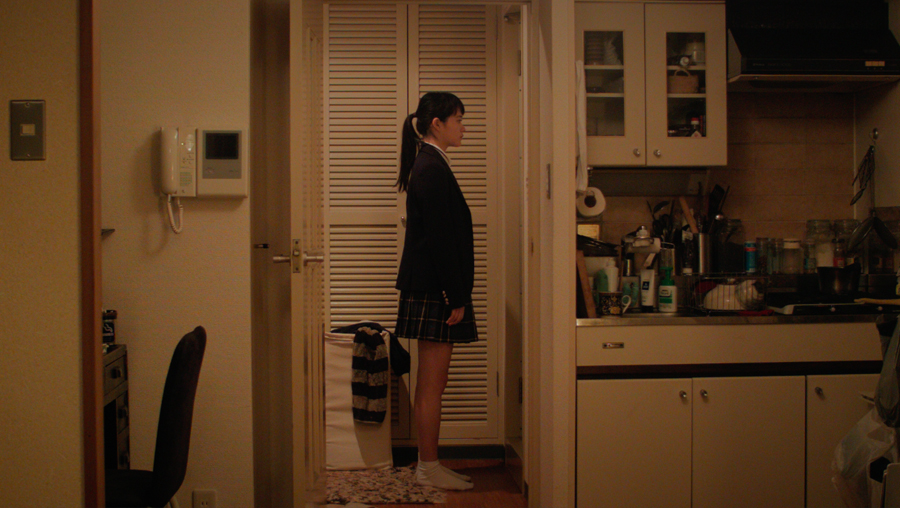 This week, on the occasion of his feature Asako I & II screening in competition at Cannes, we’re excited to present the online premiere of Ryusuke Hamaguchi’s Heaven Is Still Far Away, a ghostly tale of contemporary Japan from one of its most talented young directors. Yuzo (Nao Okabe) and Mitsuki (Anne Ogawa) live together in Yuzo’s small apartment, their constant companionship tender and indifferent in turn. Then Yuzo receives a call from Satsuki (Hyunri), a documentarian resolved to make a film about a now-distant family tragedy, and the three meet, to search for some way to account for their relationship to one another, the memories they share and those they’ve kept to themselves.

Remarkably productive since his first film in 2007, Ryusuke Hamaguchi has now completed two shorts, three documentary features, and six fiction features. Among the latter are Happy Hour, a sprawling, 5-hour-long epic of female friendship that premiered at Locarno in 2015 and first brought him to the attention of Western critics and cinephiles, as well as the highly anticipated Asako I & II. Made between these two features, Heaven Is Still Far Away is dramatically spare and modest in comparison, but again proves his remarkable ability to make the familiar strange again, to bring emotions long buried in the routine of modern living ecstatically back to its calm surface. As the melancholy and yet hopeful title suggests, whole worlds of feeling, memory, and experience lie within these characters, where they might at first appear just past the camera’s reach. However, Hamaguchi and his actors find ways to trace these inner landscapes in phantom form, as gestures and gazes, stories and confessions. Much like the censorship mosaics we see Yuzu earning his living applying to “S&M-ish” pornographic videos at the short’s start, Heaven Is Still Far Away blurs the boundaries between one person and another – between the spaces they inhabit, their genders, their ages, even their thoughts and emotions. The unexpected result is a love story in five dimensions, like Joseph L. Mankiewicz’s The Ghost and Mrs. Muir (1947) or Kiyoshi Kurosawa’s Journey to the Shore (2015), and a film as mysterious as it is affecting. Hamaguchi notes of the film:

“Heaven Is Still Far Away is a short piece originally made only for supporters of the crowdfunding of Happy Hour. Courtesy of them, we can now show it to the public – my first ghost story.” RYUSUKE HAMAGUCHI

Born in 1978, Ryusuke Hamaguchi studied at the Graduate School of Film and New Media at Tokyo University of the Arts, where he graduated with a Master in Film. Passion, his graduation film, was selected at San Sebastian in 2008, while The Depths (2010) was screened at TOKYO FILMeX. He then co-directed the series of documentaries Tôhoku Documentary Trilogy with Kô Sakai from 2011 to 2013. He has since completed several fiction features, including Intimacies (2012), Happy Hour and Asako I & II, which has premiered in competition at the Festival de Cannes.