“Boisterous” might not be the first word that springs to mind when describing a tree, but that’s why it’s worth looking more closely at them. Ayo Akingbade’s Hella Trees follows an artist named Rafiki (Emmanuel Adeneye) who photographs himself posing with trees. Whether they seem boisterous or sturdy, Rafiki taps into their personalities with an enthusiasm for overlooked details.

Many of Akingbade’s earlier documentaries are urgently attuned to gentrification in London (we’ve highlighted two on Le Cinéma Club, So They Say and Street 66). This time, Hella Trees looks at the city’s Islington district through a fictional portrait, although Rafiki was inspired by Adeneye’s real interests: Akingbade says the short came together “by pure spontaneity” after she and Adeneye caught up over lunch. “He started sending me selfies with trees which he takes on his daily commute around London,” she remembers, “and the film was born!” 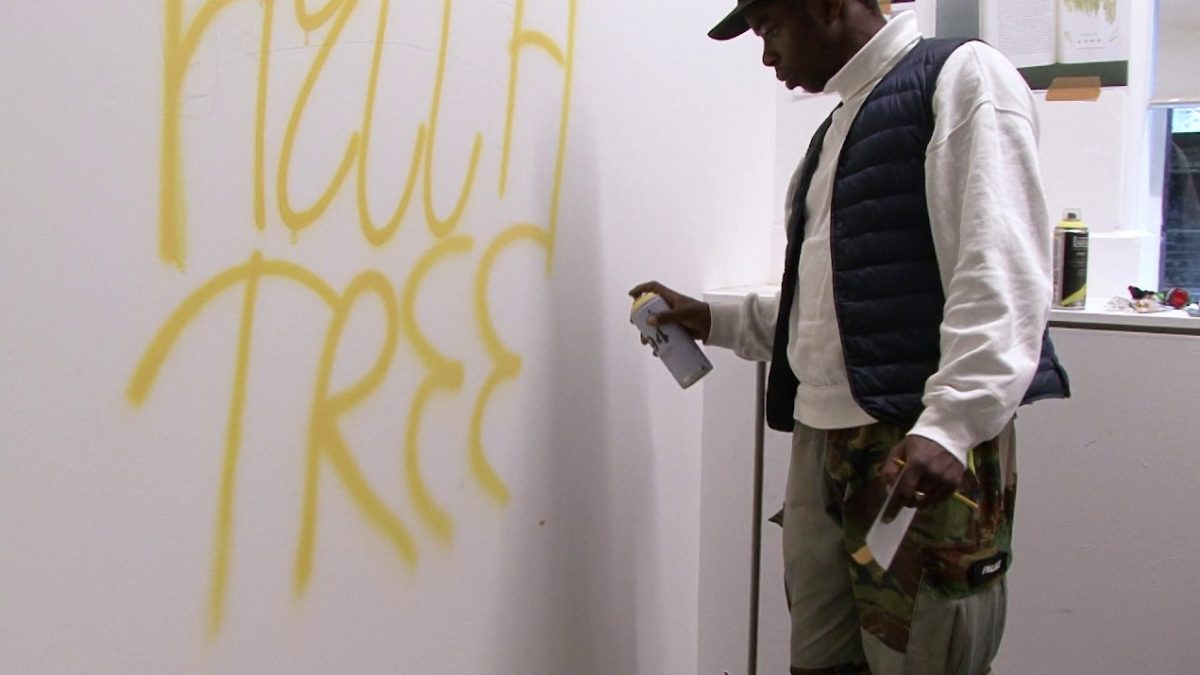 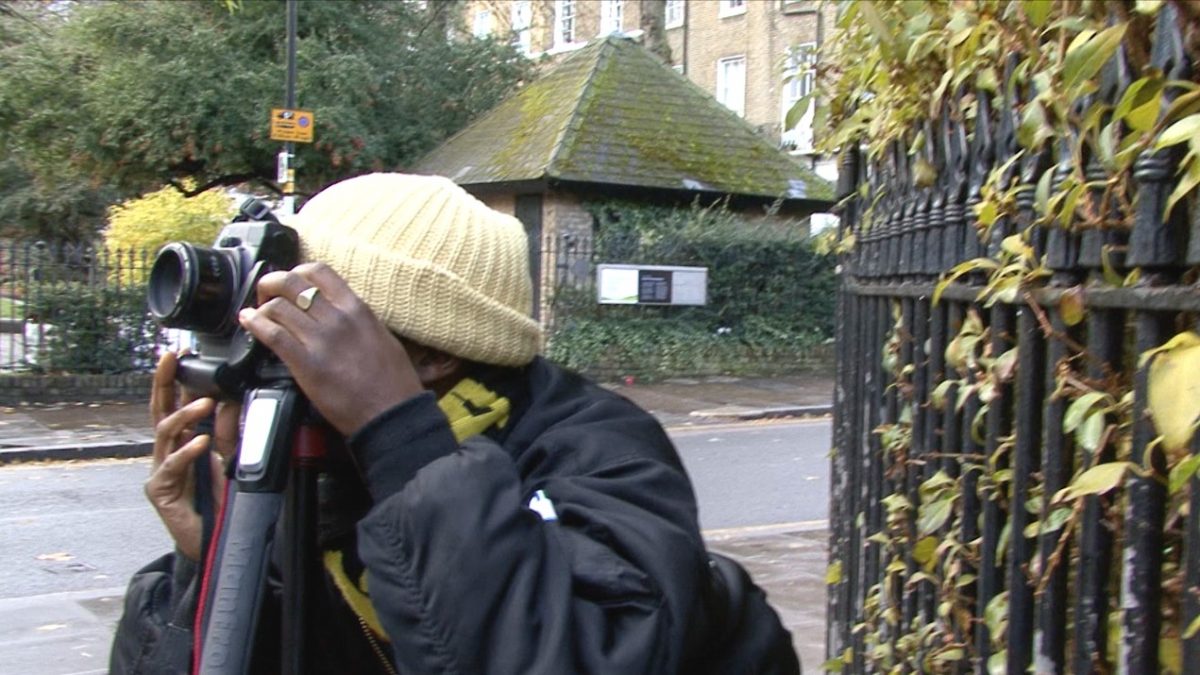 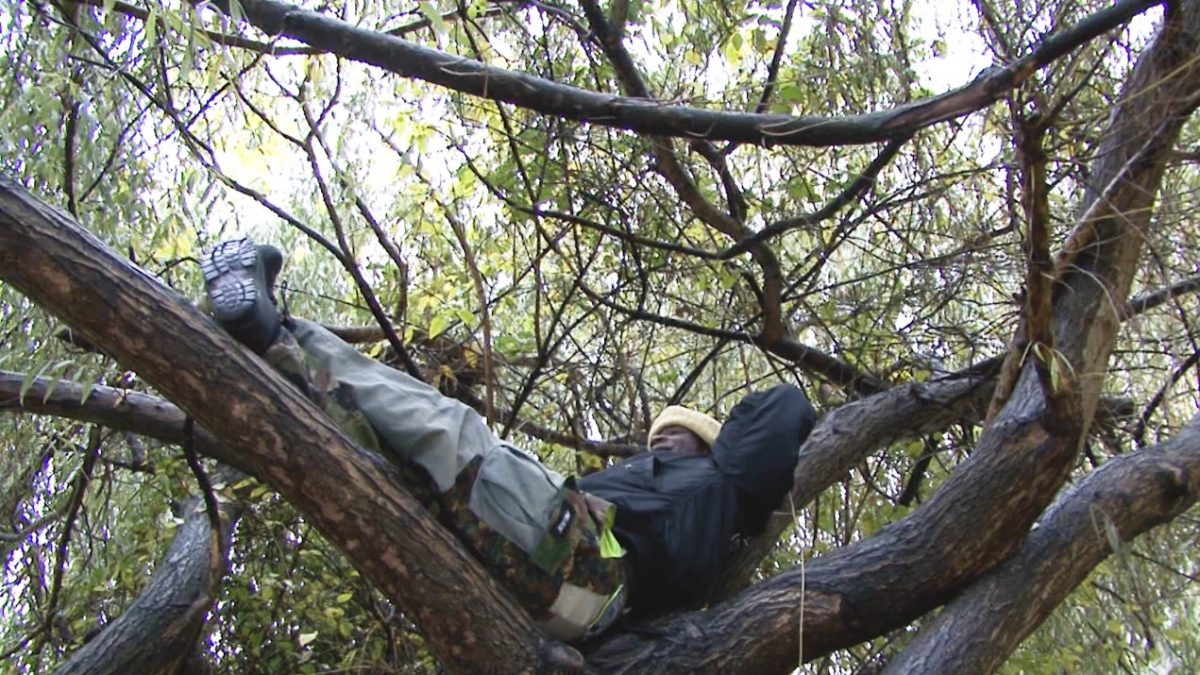 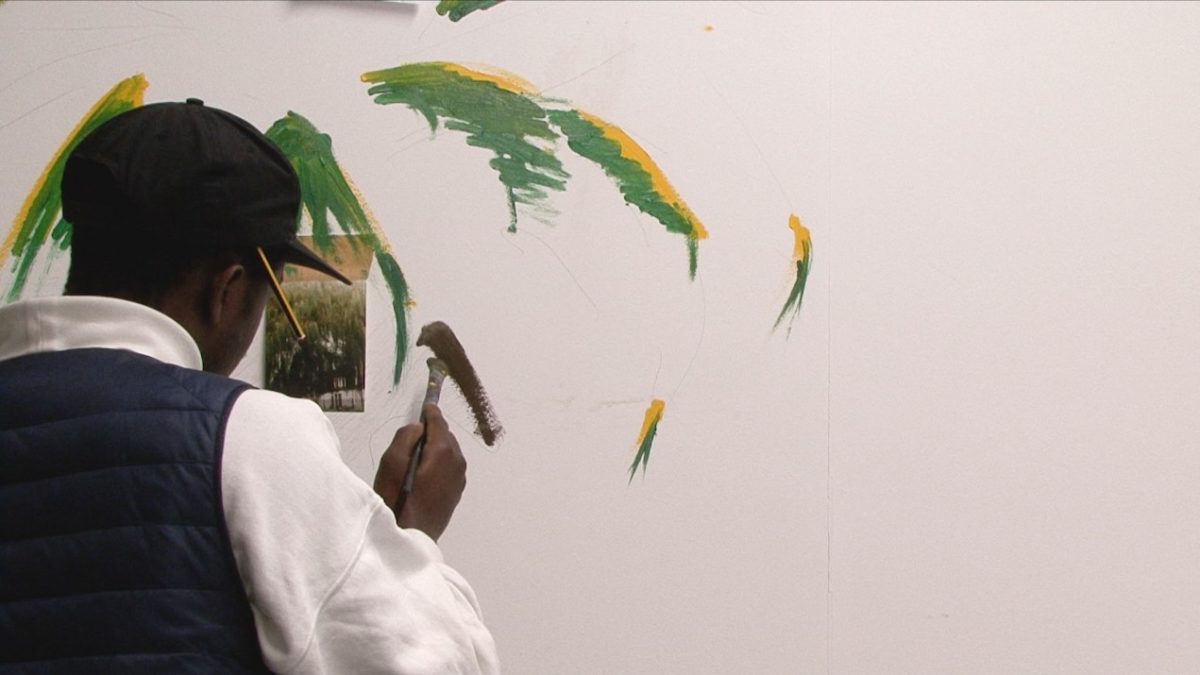 “In many ways, the film is more real than fake. The blurry line between fact and fiction is a fun terrain, like Orson Welles’ F for Fake, which has a unique humour. I wanted to share our truisms: what brings us joy? How wonderful is it, being in nature?” AYO AKINGBADE

Hella Trees has an endearing immediacy: as Rafiki scales trees, Akingbade’s handheld camera captures his in-the-moment excitement. Their chats about art and identity feel similarly explorative, casual but thoughtful. “I read the film as a serious comedy…it honestly makes me laugh out loud,” Akingbade says. “Rafiki, aka Emmanuel, is super arty and has an infectious personality; I’m glad people can see and feel this.”

Based in London, Akingbade’s recent work (available to browse on her website) includes the Whitechapel Gallery commission Fire in My Belly. She’s known for her No News Today trilogy, which interweaves archival and fictional elements to explore London’s housing crisis; one of the three films, Tower XYZ, won a Special Mention Award at the International Short Film Festival Oberhausen. She was also a recipient of the Sundance Ignite Fellowship in 2018. Most recently, she finished a narrative short, Jitterbug, produced by Artangel and set to be released in 2022.

Hella Trees is also featured in our series of short films currently screening on the Criterion Channel.