Horst a film by Tina Barney & Mark Trottenberg. 1988, USA, 20 min. Witness the world of fashion photography evolve through the work of a legendary photographer. 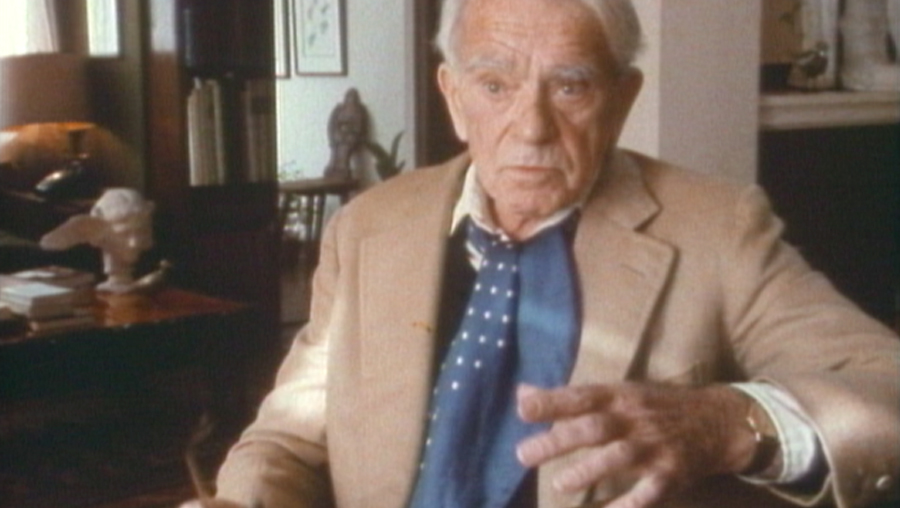 To coincide with Paris Fashion Week, we are presenting a rare film by the great American photographer Tina Barney – co-directed with the cameraman Mark Trottenberg – about the legendary photographer Horst P. Horst. In the twenty-minute film, we enter the life of Horst, and see the world of fashion photography evolve from the 1930s to the 1980s through his work and stories. The film gracefully moves from a charming and compelling interview of the photographer, to shots hovering on his photographs and other archival images.

We learn that Horst initially wanted to be an architect – he had written to Le Corbusier in an attempt to become an apprentice in his studio in Paris – and discover how he began taking photographs after a random encounter with the art director of American Vogue. We see how he loved Paris, and hanging out at Café Flore; how he enrolled at the age of thirty-five in the U.S. Army, how he returned to America, and how Diana Vreeland made working at Vogue much more inspiring.

“When people ask me, “What’s your favorite photograph you’ve taken?” I say, “I hope I haven’t done it!”” HORST P. HORST

Tina Barney’s friend Edgar Howard, who founded the Checkerboard Film Foundation, encouraged her to make a film. Her mother had once been a fashion model, and she knew Horst from his taking pictures of her. Not knowing much about film, Tina Barney embarked on the project of producing and making a film for the first time, with the help of Mark Trottenberg. She says that she was very lucky that Trottenberg shot the film exactly as she would have.

We recognize in this film similarities with Tina Barney’s photographic work – not necessarily in the directing style, but rather in her choice of the subject, her attention to capturing details of his home (in the same way her work considers the interiors of her subjects’ homes), and her ability to artistically represent Horst’s elegant lifestyle and mind. Horst wasn’t a direct influence on Tina Barney’s work – as opposed to Jan Groover, the subject of her second and only other film – but rather a wonderful subject that she had access to. Discovering this film is like putting your hands on a sentimental object – one that belongs to a person you greatly admire, and throws you back into a wonderful world of the past.