I Am Somebody a film by Madeline Anderson with Ralph Abernathy, Coretta Scott King & Andrew Young. 1970, USA, 31 min. A vivid and compassionate chronicle of a nurses’ strike in Charleston by the first African-American woman documentarian. MADELINE ANDERSON’S CINEMA OF PROTEST (2/2).

We’re continuing our celebration of pioneering filmmaker Madeline Anderson with her captivating chronicle of a 1969 strike by Black female hospital workers in Charleston, South Carolina. Their 100-day protest for union recognition and equal wages was an intense confrontation with the police, state government and the National Guard and one of the major civil rights causes of the day, joined by leaders including Andrew Young, Ralph Abernathy and Coretta Scott King. Anderson captures the nurses’ hard-won victory with the empathy and insight of a tenacious artist who saw her own long fight for equality reflected in their struggle.

Anderson was known for her Integration Report 1 (1960) – a classic of protest cinema and the first documentary by an African-American woman – when the Hospital Workers Union Local 1199 reached out to her to make a record of their strike. She had been following the story closely, and had already attempted, unsuccessfully, to finance a documentary through TV networks. The union now fully funded the new project, and Anderson was given the support and resources to make a film without compromise.

Since the strike was over, she shot very little original footage, mostly relying on TV networks and newsreels. However, her gift for editing, honed in her years working with Richard Leacock and D. A. Pennebaker at Andover Productions and on Shirley Clarke’s great 1963 Harlem drama The Cool World, transforms the material completely, as when she repurposes picturesque footage from the Charleston Tourism Board into a brilliant critique of the city’s hypocrisies. Her masterstroke was to make one of the nurses, Claire Brown, the film’s narrator, empowering the strikers’ voices and reconfiguring every image through a Black, feminine subjectivity. 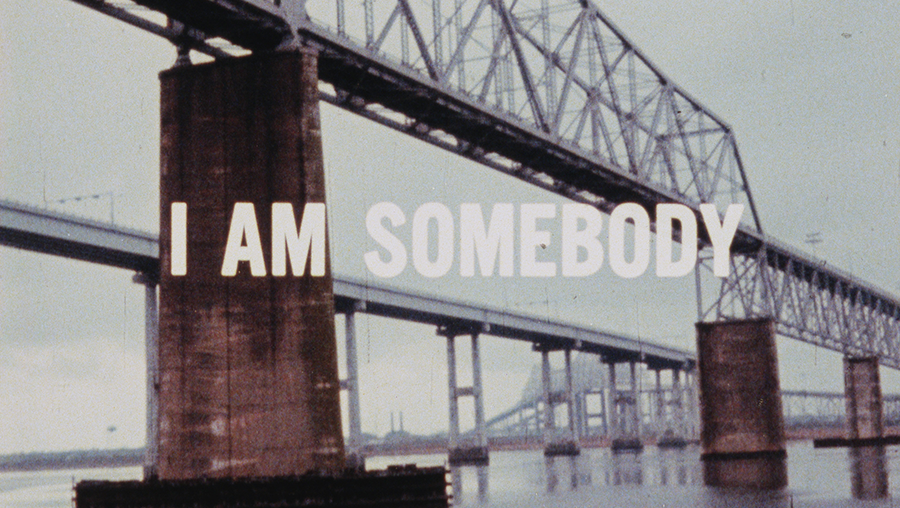 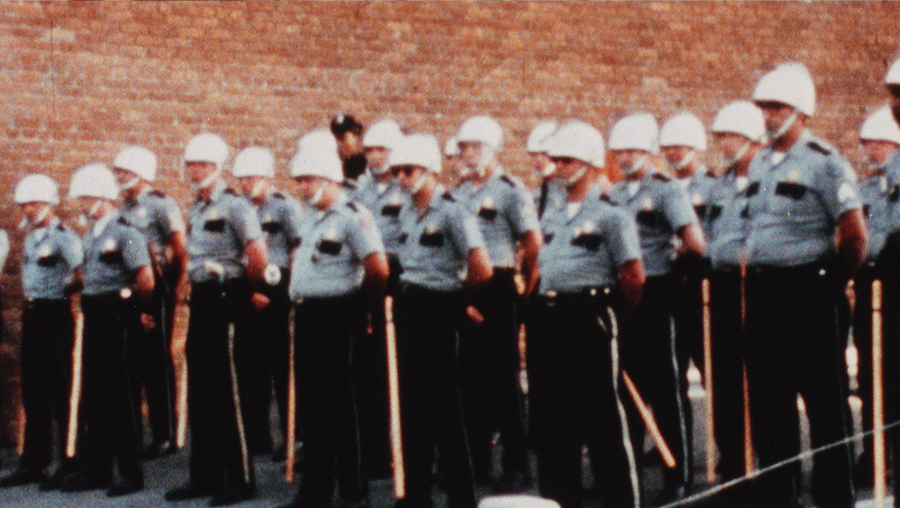 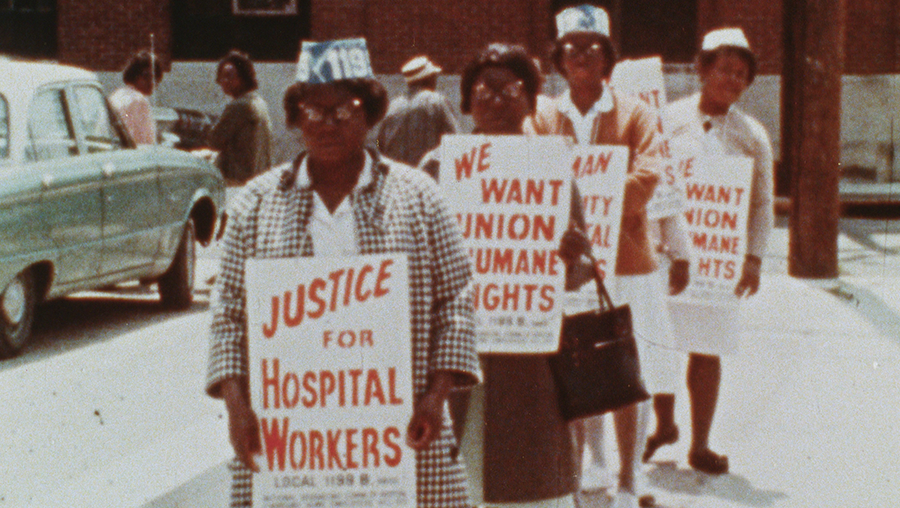 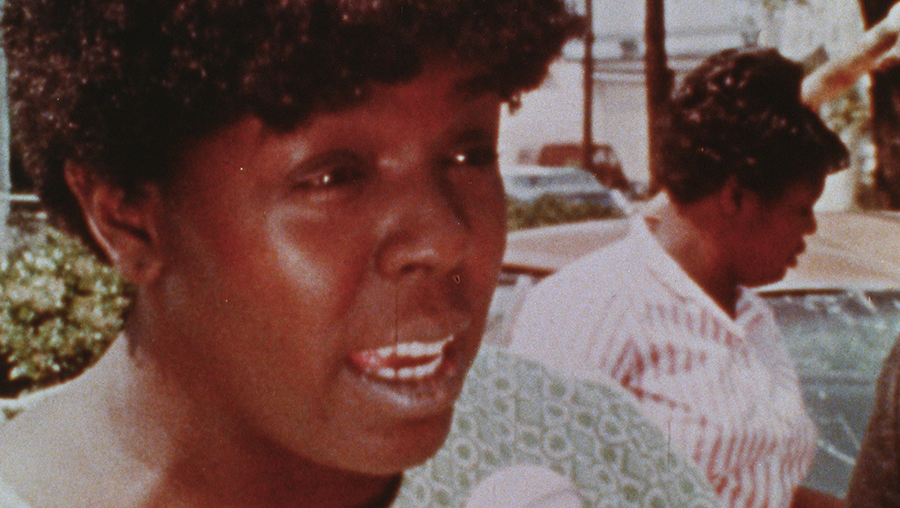 “I looked at these women like they were my sisters because I’d had the same experience of gender, race, and politics that they were having. When national and international attention was focused on these women, it was my story. There was no way that I was not going to make that film.” MADELINE ANDERSON

Anderson herself had struggled to get union recognition and professional standing in the white and male dominated film industry following her 1960 debut, and her profound fellowship with the nurses is felt throughout. Pregnant with her fourth child while making the film, she pays special attention to the young women who fought for and alongside their children, even when their peaceful protests are met with arrests and incarceration. The new sequences, mostly of Claire Brown as she reflects on the strike in voiceover, are also remarkable for their cameramen: Roland Mitchell, a collaborator with Anderson’s close friend William Greaves on Symbiopsychotaxiplasm Take 1 (1968) and The Fighters (1974), and, in his only cinematography credit, Don Hunstein, a celebrated music photographer best known for his cover for The Freewheelin’ Bob Dylan.

Madeline Anderson was born in 1924 in Lancaster, Pennsylvania to a poor family, and dreamt of becoming a director from a young age. It was while studying psychology at NYU that she found an unlikely entry into the world of professional filmmaking by answering a babysitting ad for documentarian Richard Leacock and his wife. The direct cinema innovator would become her mentor, and she would make her groundbreaking first film Integration Report 1 (1960) at his Andover Productions. In 1967 she directed A Tribute to Malcolm X for William Greaves’ legendary public TV show Black Journal, in close collaboration with X’s widow, Betty Shabazz. Anderson’s rich but little-known later career includes films made for the Ford Foundation (1975’s The Walls Come Tumbling Down) and the Children’s Television Workshop (Sesame Street), where she became their first female supervising editor and an in-house producer. She now lives in Brooklyn.

Special thanks to Icarus Films for making this screening possible, and to Ashley Clark, whose interview with Anderson we drew on for this text.