I Remember: A Film About Joe Brainaird a film by Matt Wolf. 2012, USA, 24 min. With Joe Brainaird and Ron Padgett. The resurrection of an iconic book in an inventive portrait that leaps through time and space. 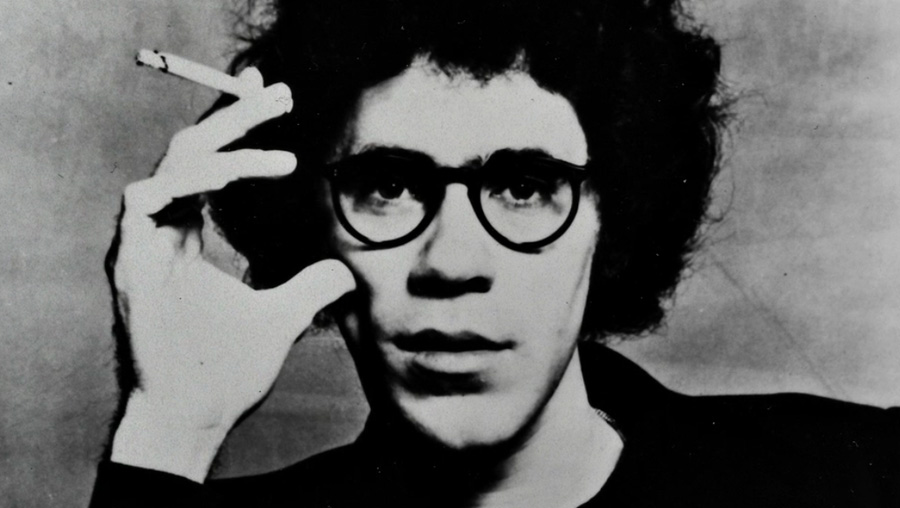 In 2012, American filmmaker Matt Wolf created an inventive portrait of the New York School artist and writer Joe Brainard, bringing to life his iconic memoir-poem I Remember. Brainard was an unsung hero of the literary art-scene of the sixties and seventies who died of AIDS in the 1990s. He has a small but passionate following — his body of work includes collages, painting, album and book covers, and he was one of the first to use comics as a poetic medium. I Remember — Brainard’s best known work, and a cult classic — upends the conventions of the memoir, talking us through his childhood in Oklahoma in the 50s and 60s and then his life in New York City in the 60s and 70s. In the film, Matt Wolf pairs archival audio recordings of Brainard reading his biographical poem with an interview with Brainard’s lifelong friend and collaborator, the poet Ron Padgett — creating a conversation between the two friends, one that bounces between past and present, enhancing a nostalgic piece with a narrative about a beautiful friendship that extended over Joe Brainard’s life. There is also a kinship between the collage quality ingrained in Brainard’s works and Wolf’s impressionistic documentary. Besides incorporating photos and 8 mm film provided by Ron, Wolf repurposed found footage of 1950s adolescence from the National Archive (i.e., excerpts from educational films about syphilis).

Awarded a Guggenheim fellowship in 2010, Matt Wolf is a Brooklyn-based filmmaker whose documentaries have opened to acclaim from critics and played widely in international film festivals (Berlin, Sundance, Rotterdam, Tribeca, Hot Docs, among others), museums, and cinemas. He directed Wild Combination, a documentary on musician Arthur Russell; Teenage, about how the notion of teenagers was created in the 20th Century; and It’s Me, Hilary: The Man Who Drew Eloise, executive produced by Lena Dunham and currently airing on HBO. His upcoming projects include a feature documentary about Marion Stokes, and a short about the civil rights leader Bayard Rustin.