I Remember Nothing a film by Zia Anger. 2015, USA, 23 min. Form and content collapse through an epileptic mind in a chaotically original short. 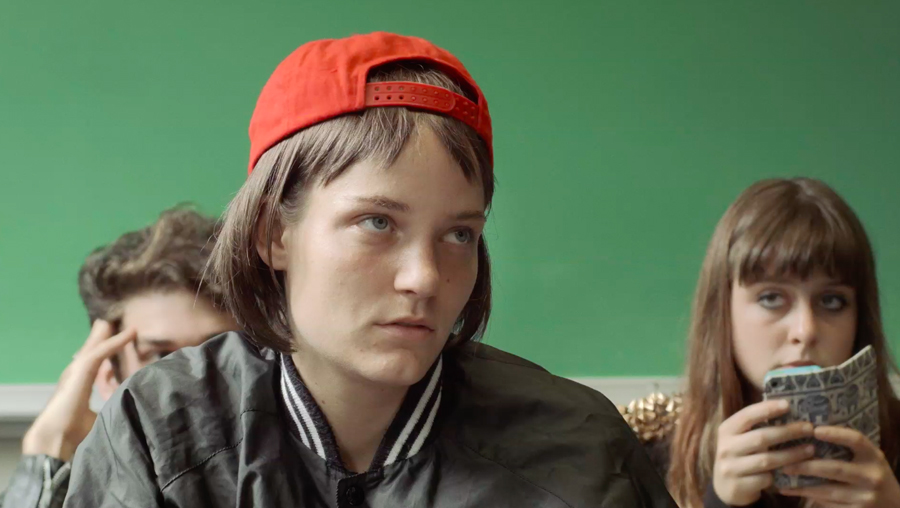 Le Cinéma Club presents the work of a young talent, Zia Anger. Her haunting short, I Remember Nothing, plunges us into the chaos of a mind assailed by epilepsy. Neatly divided into five chapters, the film follows Joan, a college student who plays on the softball team, as she undergoes the successive stages of a seizure. Set over the course of twenty-four hours, the film is built as a cycle defined by the mental states induced by Joan’s disorder. Although Anger gives her narrative the clean formal structure of a clinical diagnosis, the first person point of view she adopts throughout the film depicts the progressive dissolution of Joan’s sense of self and reality. At the heart of this tension between form and content, I Remember Nothing blurs the boundaries between sanity and madness, truth and illusion, but also touches upon universal themes about identity and its transformations, alienation, sexuality, death and poetry. The intimate relationship the director establishes with her hallucinating subject gives rise to surreal scenes, original camerawork and powerful use of sound. Perhaps most originally, Anger enlists five different actresses to play the role of Joan (who is nonetheless recognizable by her auburn hair, red cap and softball outfit) — a compelling move by which we are reminded of the fragility of her fractured psyche.

The idea for Zia Anger’s film was born of her experience with an epileptic family member. She was struck by how little we know about the disorder, and fascinated by the “dream space” that is reportedly induced by it. She wanted her film to be an opening to talk about a difficult and slippery topic, not scientifically but as a piece that explores the subjective experiences that may be associated with this widespread condition.

The unscripted film, which was selected at the New Directors/New Films Festival in New York, the Locarno International Film Festival and the AFI Fest, was shot over the course of just a few days, with a budget of only $3000. The money was initially given by a family member to buy a computer, at a time when she was struggling financially and mostly made music videos, but she saw it as her last opportunity to make a film and decided to use it for that purpose. In the end, Zia Anger’s limited means resulted in her wonderful decision to cast several actresses for the same role, which she says allowed her to better manage her time and resources.

“In some places people with epilepsy are shamans, in others they are treated like lepers.” ZIA ANGER

Zia Anger was born in Ithaca and studied film and drama at Ithaca College. She went on to review her MFA in studio at the School of the Art Institute in Chicago. As a student she was always very athletic and particularly loved playing on competitive teams. Today, she sees filmmaking as a natural extension of this love for team play and collaboration. She is director of three other short films titled Thanks For Calling, Baby, Lover Boy, and My Last Film, and a feature length film. You can find her shorts, music videos, and performance art on her website.